One member of an esports team threatened to “shoot up the studio” behind Battallion 1944 because the developers didn’t deliver a weapon skin fast enough.

The developers, Bulkhead Interactive, didn’t get the police involved, however. No. Instead they put a dick on the underside of the player’s gun – a reminder of his actions every time he reloads.

It all started back in April when Bulkhead hosted a tournament promising cash prizes and unique in-game gun skins to the winners. The money wasn’t an issue, but the skins still haven’t been delivered to the winning team.

One of the team members, SUSPC7, took to Discord to complain, at the same time saying he would “shoot up the studio”, while making a reference to the recent mass shooting at YouTube’s headquarters. 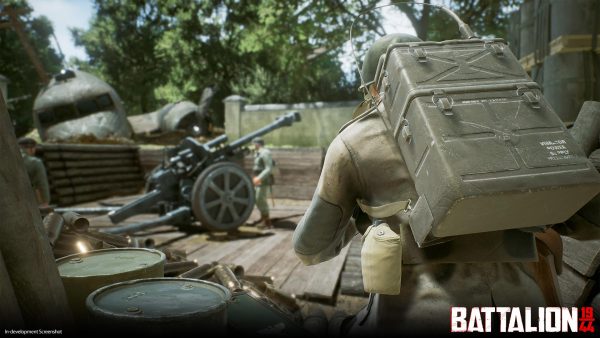 “I asked the dev team about our skins and when we would receive them, [and] they just pushed my question to the side and didn’t answer it,” SUSPC7 told The Verge.

Someone from the Discord group then posted the comments to Twitter where Bulkhead Interactive saw them.

“Obviously I was just trying to be funny and shouldn’t have used the YouTube shooting as an example of that, basically saying they might answer my question if I did the same, but it was all just a joke that got blown out of proportion,” SUSPC7 said.

Shortly after the comments were posted to social media, studio lead Joe Brammer got in touch with SUSPC7 with the following message:

“So a few months ago, I think you remember, you threatened that if we didn’t get your skins to you soon you’d ‘shoot up the studio. It was really disappointing to see one of the best players in our foundation of the community, one of the winners of the first tournament take this attitude toward the developers. We are not a faceless Valve-esq studio who can choose to remain silent for reasons like this, we chose to expose our personal lives and show players that we’re people who care about FPS games.

“You claimed, ‘It was just a joke.’ I fail to see anything funny about threatening to ‘shoot up a studio’. So I thought I’d teach you a lesson about comedy.” 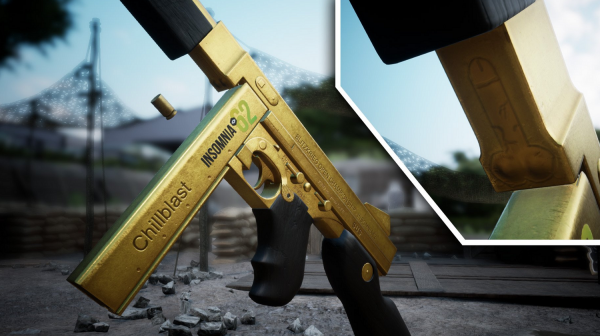 Now SUSPC7 has a veiny dick on his gun. As Brammer says later in his message, “You were kind of being a dick, wouldn’t you agree?”