Any doubts that Fallout 76 is a cheap spin-off for the series have been laid to rest with Bethesda buying up the coveted advertising spot on South Figueroa Street in downtown LA.

The Hotel Figueroa is an LA landmark, with three tower blocks ripe for advertising. Artwork is painted onto the building, and that’s not a cheap paste job.

The spot is usually reserved for the biggest games and movies, with publishers spending big for the week of E3. Bethesda has previously claimed the Hotel Figueroa to advertise The Elder Scrolls Online and The Elder Scrolls V: Skyrim. 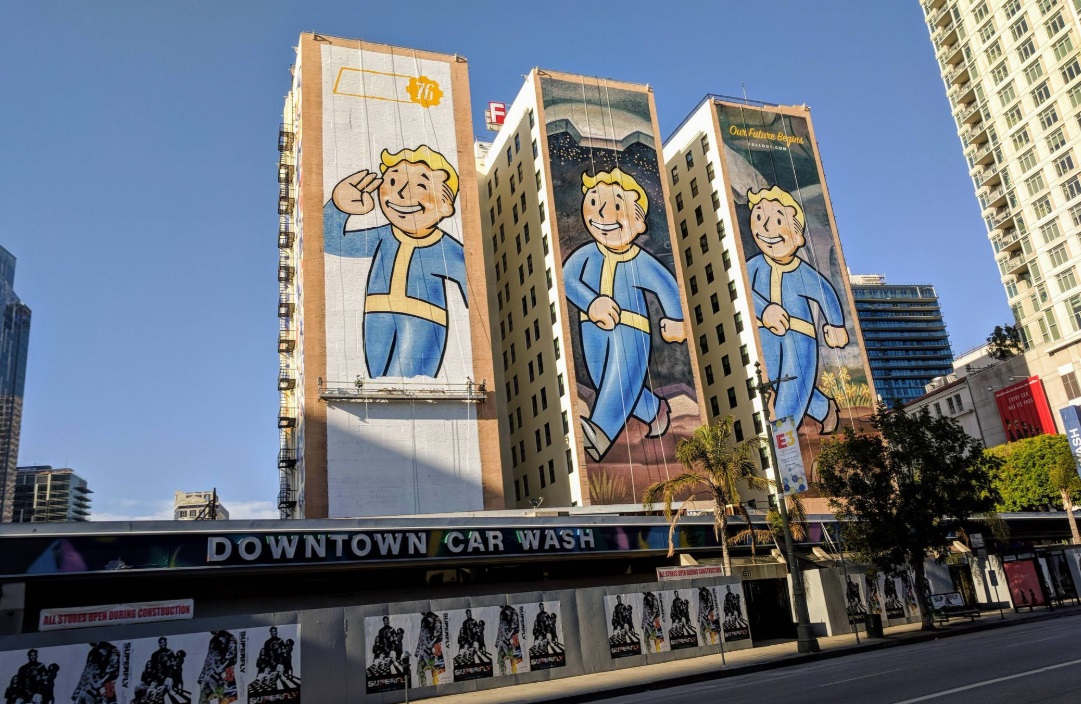 Not a lot is currently know about Bethesda’s Fallout 76 apart from rumours suggesting it’s a survival game set in and around Vault 76. Bethesda has dropped a teaser, but promises more details to be revealed on Sunday at it’s annual E3 showcase. There’s even talk of a July release date.

Although the Hotel Figueroa artwork isn’t finished, the tag line “Our Future Begins” may be suggesting a multiplayer addition to Fallout that hasn’t seen in a traditionally single-player franchise.