Twitch has revealed the batch of games Prime subscribers will get during this month.

Twitch Prime’s monthly free games work in a similar way to the Humble Monthly, except members get all games in one go. Starting May 31 and until the end of June, Twitch prime subscribers have five games to look forward to. 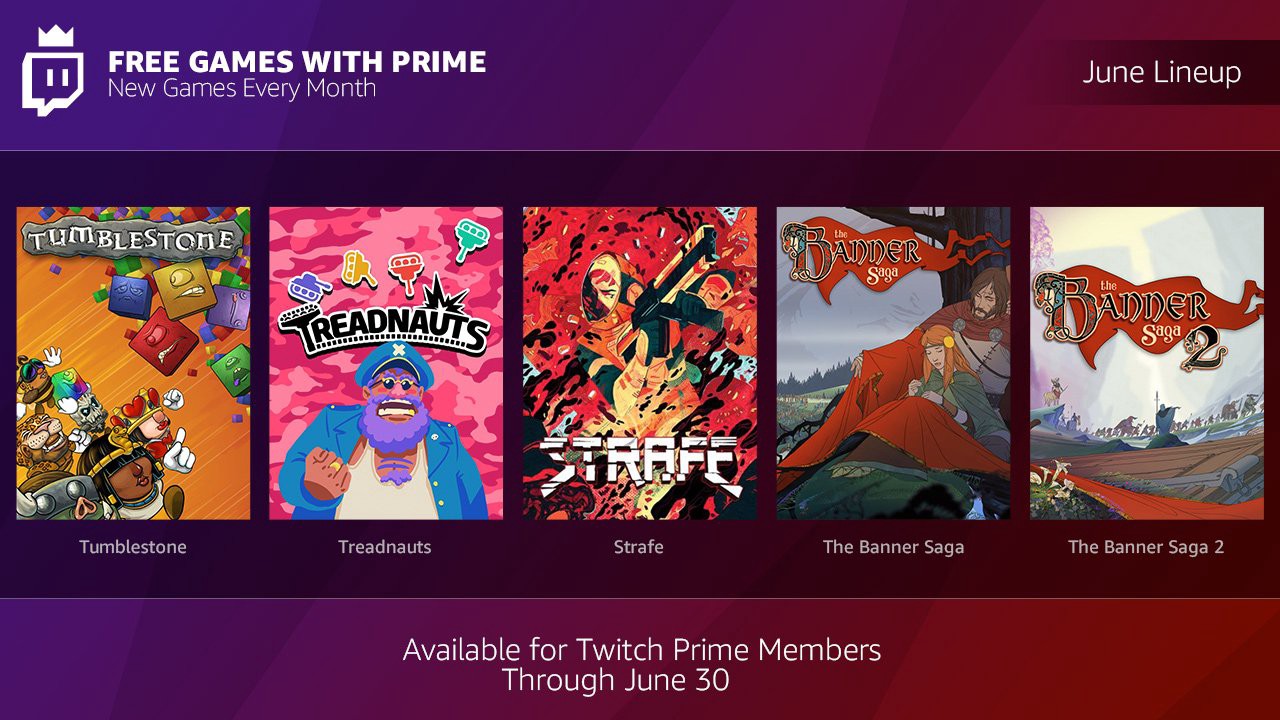 Twitch Prime is of course part of the Amazon Prime yearly/monthly charge. It can be bought as part of Amazon Video in countries where main Prime is not available.

In case you missed the news, the Amazon Prime yearly subscription went up last month, from $100 to $120.