Xbox Games With Gold for June have been announced for Xbox One and Xbox 360 users.

Microsoft has announced its Games With Gold offerings for the month of June, albeit a bit earlier than planned.

For the month of June, Xbox One users will receive the usual four titles, and Xbox 360 users two.

On Xbox One, Assassin’s Creed Chronicles: Russia will be free June 1-30. The Smite Gold Bundle will be made available June 16-July 15. This edition includes additional gods and skins compared to other editions.

Xbox 360 owners can grab Sonic & All-Stars Racing Transformed June 1-15. It will be replaced on June 16 with Lego Indiana Jones 2: The New Adventures. 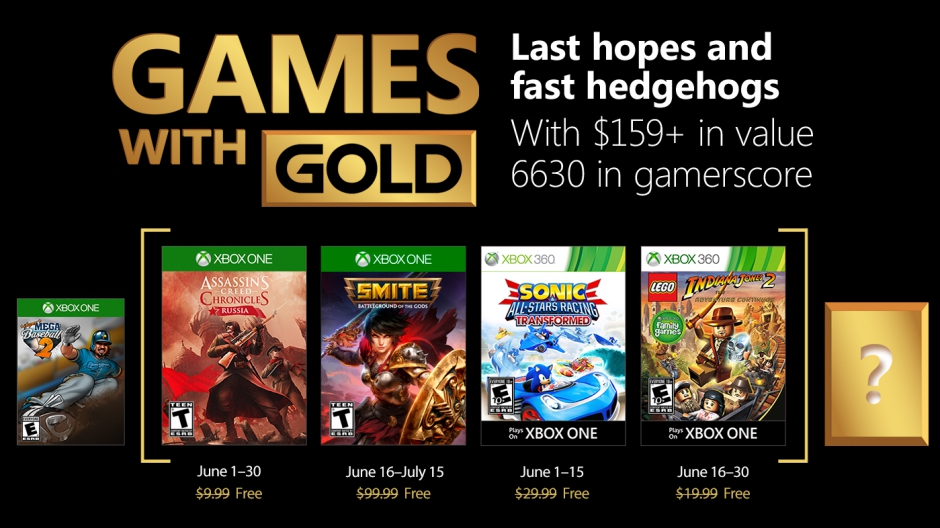 As usual, all 360 offerings are backward compatible on Xbox One.

Microsoft posted and then pulled the free games for June on Xbox Wire Germany, but not before Xbox Dynasty got hold of the news.

After we hit publish on this post, Microsoft made the news official.