Just in case there was any doubt as to the time period Battlefield 5 is going to be set in, along comes the main art.

DICE and EA have only just begun teasing Battlefield 5 in the lead-up to the big reveal later today.

After the snappy first teaser from earlier in the week, it’s been pretty much confirmed that Battlefield 5 will take place in WW2.

Now, the game’s main art, which once again features a fading blue background with a red/orange streak in the middle highlighting the hero, was accidentally released last night.

An event card for the game’s reveal, available on PS4 to RSVP to, uses the new art.

This is the first time we’re seeing it, and it’s a little bit strange for the company to use it as an event reminder background before the game’s official reveal. Nevertheless, thanks to Reddit and ResetEra, we have a clearer look at the image. 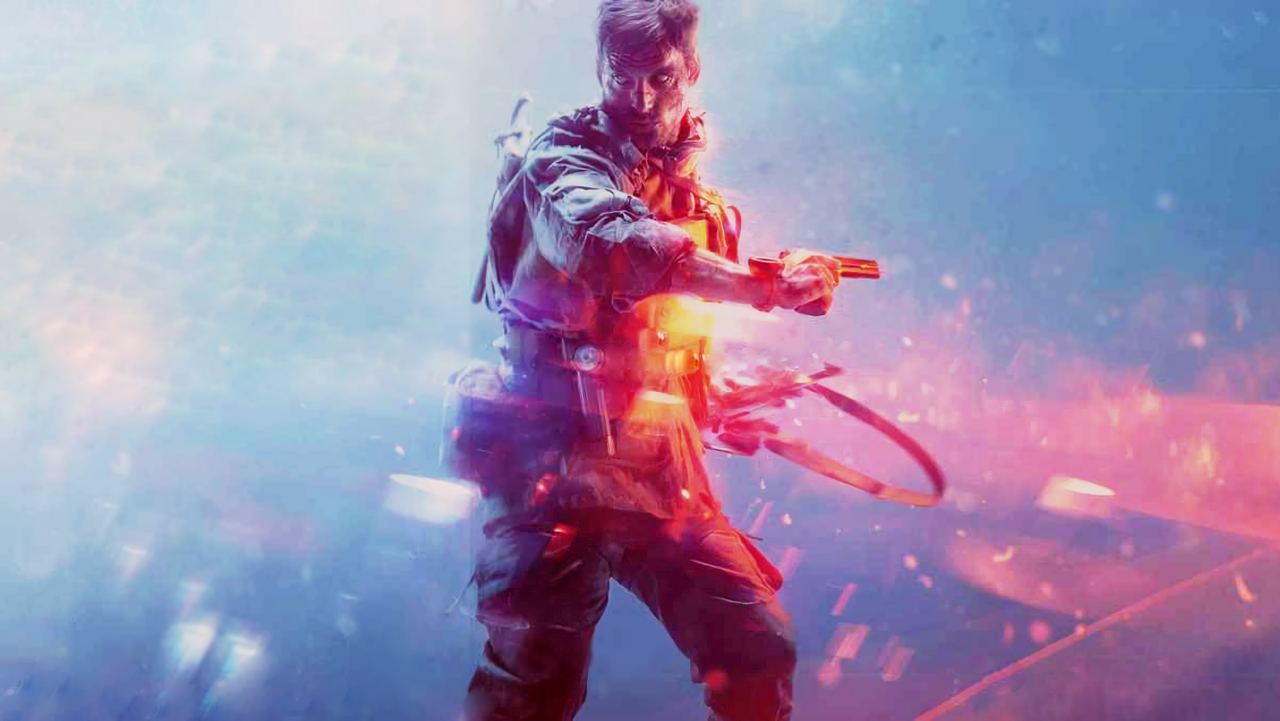 As you can see, the attire is clearly reminiscent of US Paratrooper uniform in the war, rigger pouches and all. The character is seen holding a Colt M1911, and what looks like an M1 Carbine, though the image is blurry enough that it’s hard to be sure.

We’re going to find out for certain (and get a higher-quality version of the art) later tonight at Battlefield 5’s reveal. The event takes place 1pm PT, 4pm ET, 9pm BST.