DICE is promising the most dynamic multiplayer yet in Battlefield 5.

Battlefield 5 is changing multiplayer gameplay in a way no other game in the series has. Much of what we think of as staples is being tweaked, and there’s a host of new mechanics to boot.

To begin with, all four classes will have access to a build tool that’ll allow them to construct defences and dig trenches around objectives. This is part of the new fortification feature, which lets players dig in and properly defend a point.

You’ll be able to fortify what’s left of a house into a defensive position with the help of barbed wire, sandbags, and even tank traps to halt enemy advancements.

All classes will be able to contribute, but fortification is one big new role for the support class, which is designed to be better at building than other classes. Support still provides ammo, but their skills are going to be needed even more in Battlefield 5 because all players start with less ammo compared to previous games.

This also extends to interacting with other, usually static parts of the environment. For instance, players will be able to move turrets, anti-tank guns, and even anti-air to different locations as needed. This is done by tying them to the back of vehicles and towing them to where they’re needed most. 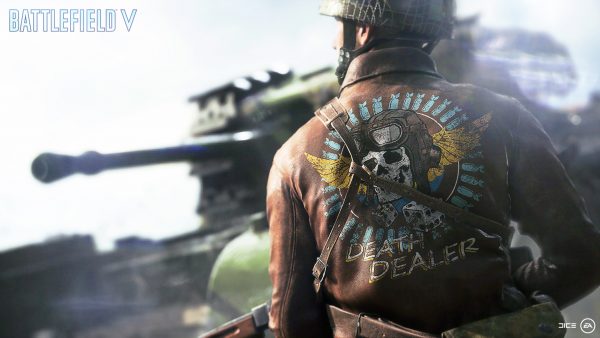 These mechanics feed into some other big class changes Battlefield 5 is bringing. All classes in the game can now revive, but only within the same squad. There’s a new focus on squad gameplay that plays into much of the game’s design.

Medics will be able to revive, and their advantage is a faster revive and more health to the revived player. You’ll also need a medic to top off your health, since you can only regenerate a portion of your health bar in Battlefield 5

Wounded teammates can be dragged back to safety (remember when everyone thought BF3 was going to have this?), but this leaves you vulnerable for the duration.

DICE is also promising a few other updates to animation and gunplay to make gameplay more tactical. You’ll be able to go prone on your back like Rainbow Six Siege, and bullet penetration will make it more worthwhile to use mounted machine guns and heavier weapons.

Battlefield 5 releases worldwide on October 19 for PC, PlayStation 4, and Xbox One. All pre-orders secure access to the open beta.

Those who pre-order the Deluxe Edition can play a few days early on October 16. A Play First trial will be available on October 11 for EA Access and Origin Access subscribers. It will not feature a Premium Pass.

Alex is at the Battlefield 5 reveal event in London and has plenty of information on the game. Give that link a click to read up on everything we know so far.