Call of Duty used to be a series that was at the front of the pack when it comes to innovations, but Black Ops 4 seems to be playing catch-up.

During a roundtable interview at tonight’s reveal, I asked Treyarch’s developers if they were consciously taking things from other games or not, and if they thought this borrowing could leave a stain on the studio’s legacy as an innovator.

“How we look at it is, we are crafting our own experience with Black Ops 4,” producer Miles Leslie said. “We’re fans of all games, right? We’d be lying if we said we don’t play other games. We draw inspiration from anywhere, but if you look at the history, Treyarch tries to innovate as much as possible and make anything feel like our own. 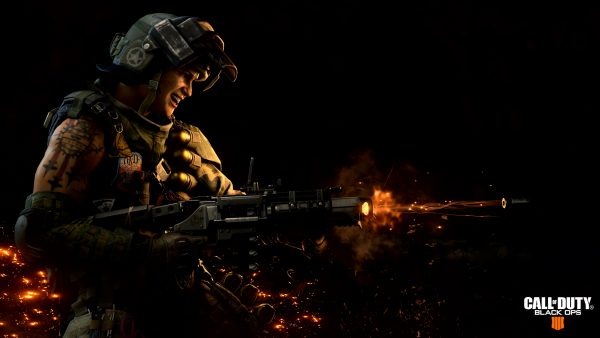 “How do we make Black Ops 4 deeper and more tactical than it’s ever been before? We ended up with these different pieces of content that we kind of innovated ourselves across [the series]. Then Zombies is a new experience with a new narrative, and it’s bigger overall. Then there’s the battle royale mode, Blackout – all of those we try to make our own. If they’re similar to other games, they just happen to be similar, but I think as you play the totality of Black Ops 4, you’ll see and feel why it’s very different.”

After a hands-on with Black Ops 4’s multiplayer earlier, I have to agree with that last point to an extent. Yes, it takes elements from other games, but the fact that it’s inside a Call of Duty game, which feels as fast and fluid as it ever has, does make it feel different. Still, the days when other games were copying COD feel far behind.