Ubisoft has announced that this weekend, it’ll be hosting a Rainbow Six Siege free weekend on PC, PS4, and Xbox One.

The free version includes access to all maps, modes, and operators available in the full version. It’s available now to pre-load on PC, and PS4 – Xbox One players won’t be able to pre-load the game.

For this free weekend, you will need PlayStation Plus, but not Xbox Live Gold. Any progress you make carries over to the full game if and when you buy it, but that doesn’t include the Starter Edition on PC.

The weekend is available May 17-20, and all versions of the game (except Starter) will be on sale for 50% off.

Times vary per platform, but the image below has all the details. 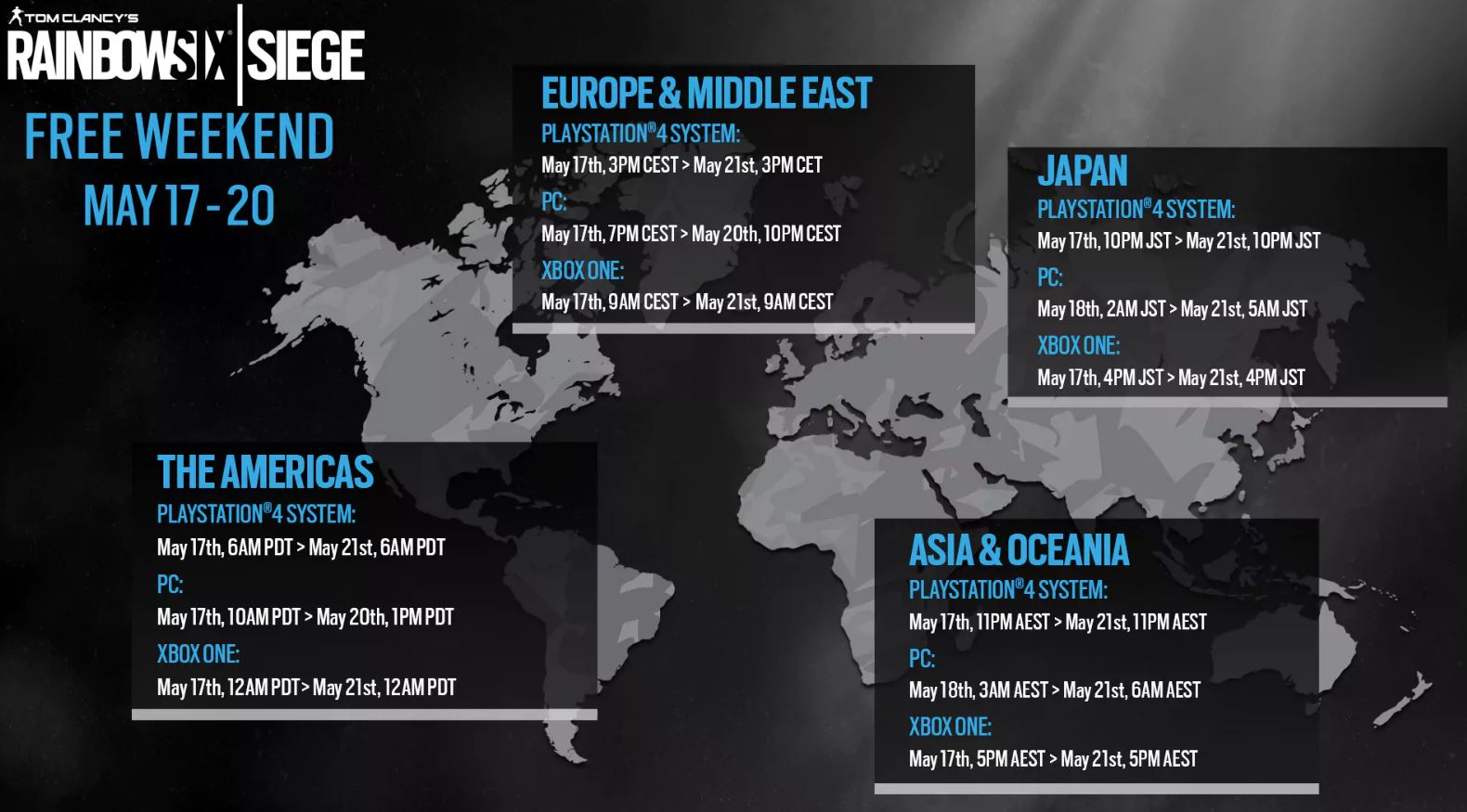