Please stop calling Epic Loot Games to complain about your Fortnite match. They cannot help you.

Right now, Fortnite is the biggest game on the planet and a real feather in Epic Games’ cap. But it’s also a major frustration to Epic Loot Games, a small Ohio tabletop store that has been receiving hundreds of customer support complaints. 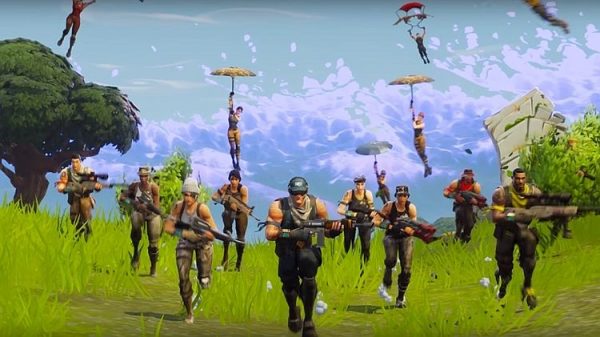 According to a report from Kotaku, Epic Games handles its customer support complaints by email, with no live phone support. That means anybody Googling for a phone number is directed to Epic Loot Games instead, and usually ends up talking to owner Hunter Davies.

“There are so many calls—pranks, angry gamers, kids who don’t understand why the support doesn’t have a readily available method of contact,” Davies told Kotaku. “We started telling them to use the website because they can’t actually talk to anyone on the phone.”

Epic Loot Games has starting running a tally of calls since Drake’s Fortnite match made Fortnite a mainstream hit. As of the latest count, they had reached 130.

Davies now refuses to play Fortnite “out of spite,” focusing instead of the Dungeons & Dragons sales that support his business. That said, he has remained professional, even lending a kind ear to frustrated Fortnite fans.

“A really upset kid called because he said his mom is taking him to counseling because of his anger issues,” Davies continued. “He was throwing controllers, cussing people out in the game. I think he got banned. He wanted us to make up for the fact he had to go to a counsellor. I tried to genuinely make him understand we weren’t affiliated, but he either didn’t care or was convinced we were the support team, we were brushing him off and we didn’t want to help him.”

Naturally, not all calls are civil. “A kid between nine and 16 screamed expletives at me,” Davies said. “‘Fix your fucking game, fix your servers.’ Then he just hung up on me.” Yeah, they’ll get right on that.

Despite the frustration, Davies was quick to add that Epic Loot Games will not be changing its name. In fact, the business has expanded to two additional locations and seems to have a strong relationship with the local tabletop games community. Here’s hoping all staff are as professional with these calls as Davies has been.