The Awakened Satsui no Hado Challenge Quest is live in Monster Hunter World, and it hands out Ryu’s high rank armor.

The Awakened Satsui no Hado is a three part quest, and like The Empress in Full Bloom Challenge Quest, it’s rather straight forward.

To take part in the quest, you will need to visit the gathering hall as usual, speak to the Arena Lass, scroll to the last page and choose the Challenge Quest: The Awakened Satsui no Hado. Each quest is identical, with the only difference being the choice of weapons. Players can choose to do any or all if they want to, though.

Players will need to be at Hunter Rank 13 or higher, and whether it’s male or female, the character will enter the arena as Ryu.

Once entering the arena, players will be fighting Nergigante, which is a rather formidable Elder Dragon. The beast sports  six limbs, and it’s full of spikes that if broken off will regrow. White Spikes are weak and can be smashed, while the black spikes are hardened and can bounce off the player’s weapon.

If you need some pointers, here’s how to kill Nergigante in Monster Hunter World, along with a list of its strengths and weaknesses.

Defeating Nergigante will reward the player with Street Fighter 5 Ticket #3. If defeated at A Rank, three tickets will be awarded; B Rank earns two tickets and C Rank earns one ticket.

After acquiring the materials needed to craft the armor, head over to the Smithy and scroll down to full armor sets.

The armor also grants Ryus’s voice and, like the Sakura and Aloy from the Horizon: Zero Dawn event sets, this gear can be worn by male or female players.  It has to be worn as a set and cannot be layered, and no matter which character you chose to play the game, it turns into Ryu when worn.

If you give the video from Arekkz a watch, he goes over the armor’s skill sets and the various slots available.

Players have until May 25 this time out to acquire Ryu’s armor. You can check out the current Monster Hunter World schedule through the link. 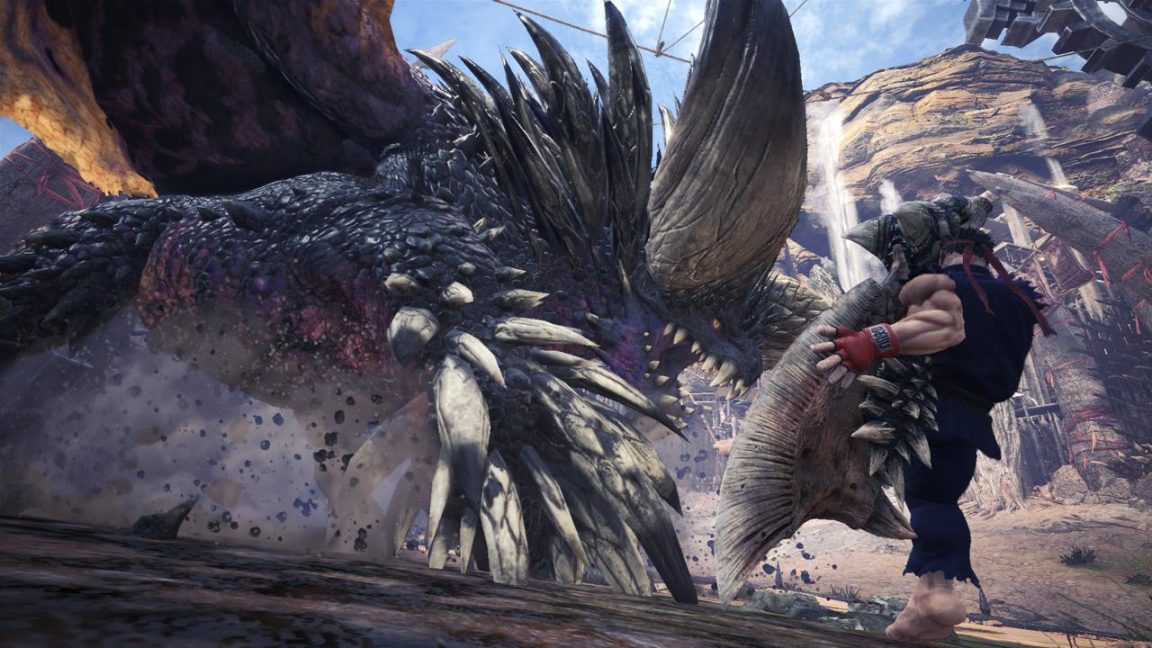 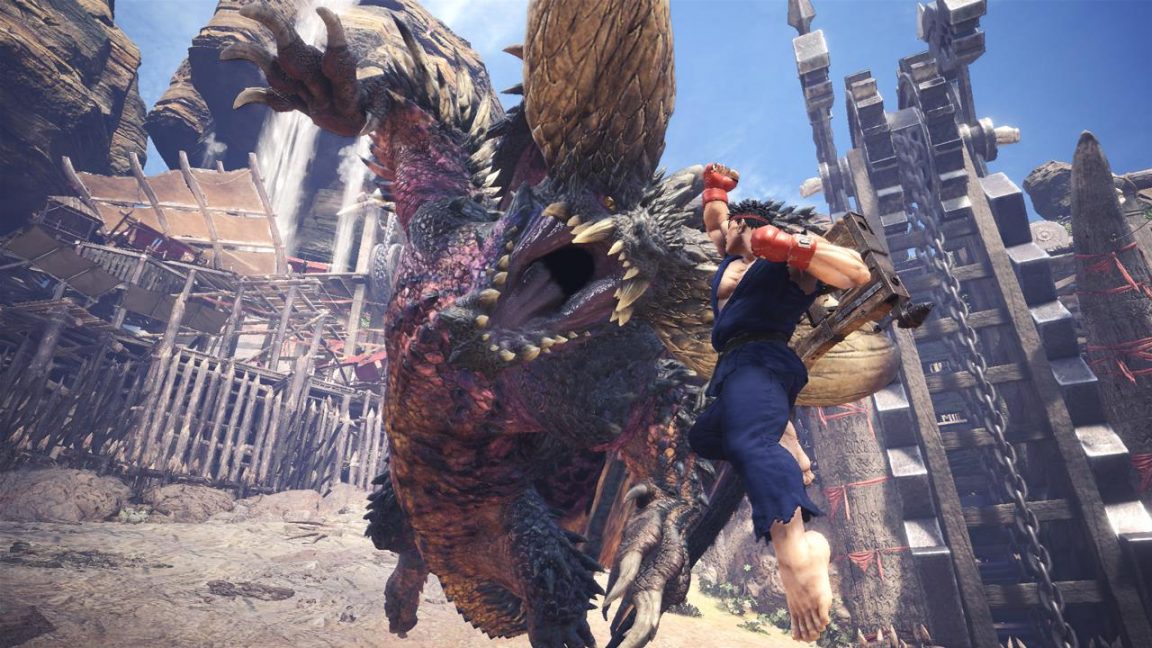 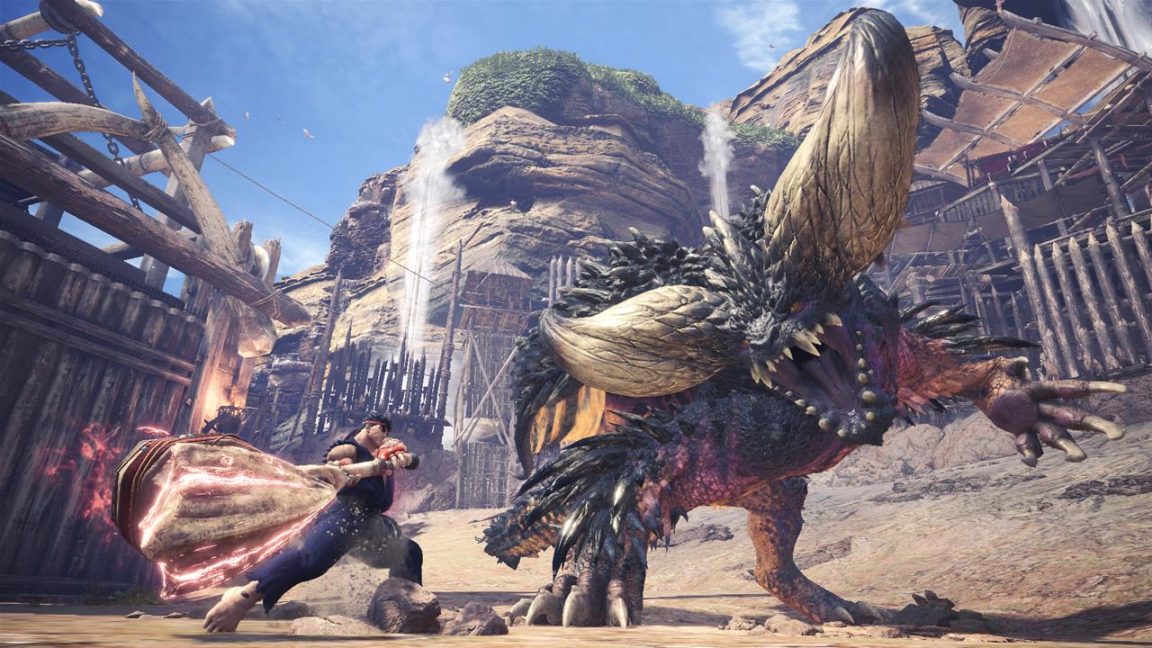