Microsoft’s service for gifting games to friends is finally getting the full roll-out, and is now compatible with PC games, PC DLC and all Xbox One Games.

After being announced last Summer, the game gifting functionality was previously put on trial for Xbox Insiders and then in November went live for everyone – just in time for holiday gifts. It was, however, a limited roll out in terms of what could be gifted.

As of this week, however, Microsoft are now allowing players to gift all Xbox One games, plus PC Games on the Windows Store and PC downloadable content such as map packs or skins. 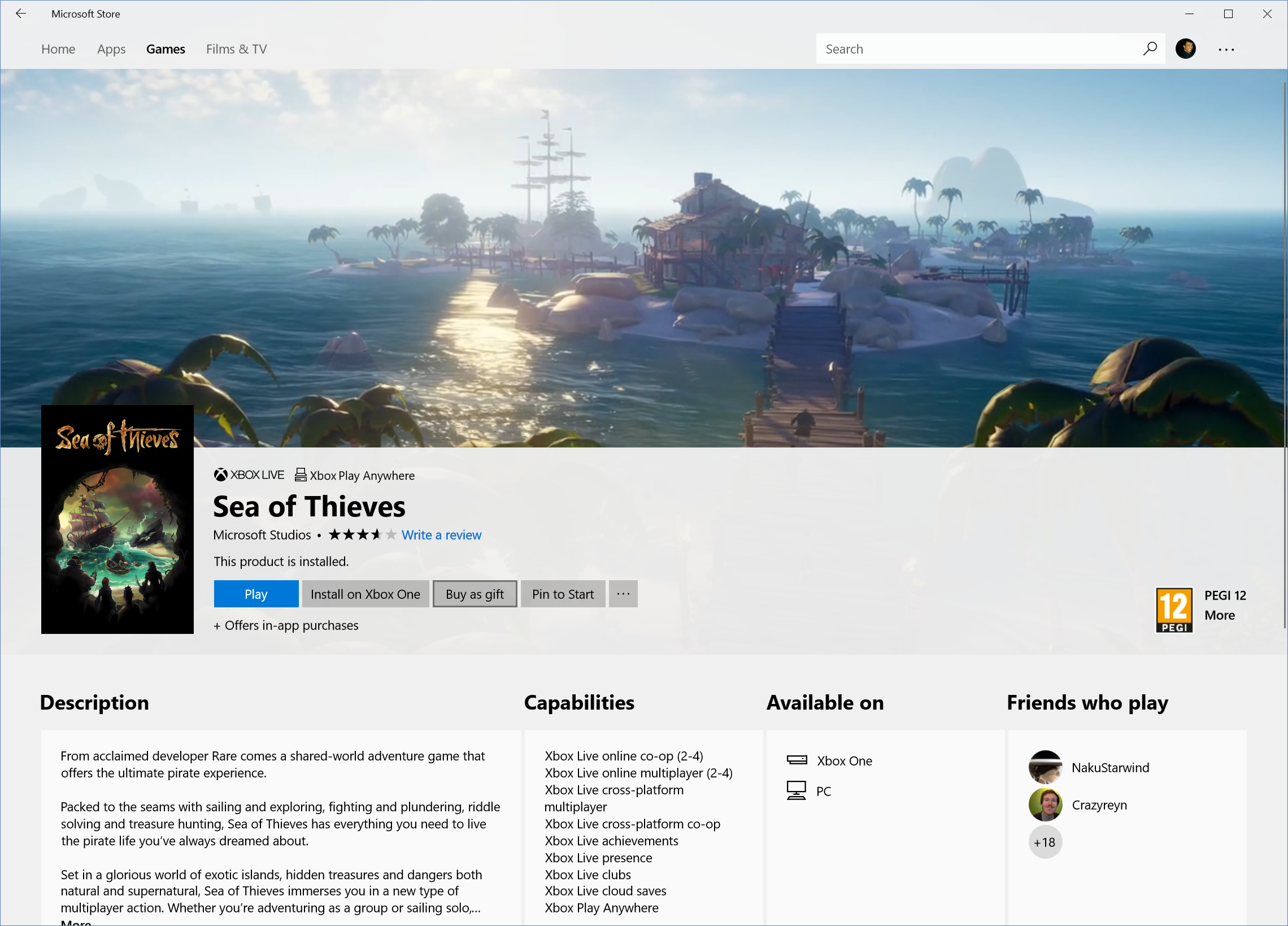 This is a key step for Microsoft on PC in particular, where no number of exclusive releases like Sea of Thieves or Age of Empires Definitive Edition will help them to gain market share if they don’t have a decent feature parity with Steam. Gifting will help the Microsoft Store in that regard, at least.

Microsoft also detailed exactly how to give gifts on PC, since it’s an all-new option there, though it’s honestly pretty simple – all you need to do is head over to the Microsoft Store on Windows 10, Xbox One or online. When there and logged in you’ll see some new options for games, including the option to Buy as a Gift – as pictured above.

Once you click Buy as Gift, all you need to do is enter the email address or Gamertag of the intended recipient or choose from your Xbox Live friends list. The friend will then recieve a code for the game into their account inbox which they can redeem with a single button press.

There are one or two small restrictions – you can only buy two of any discounted game and only ten discounted products total every 14 days, presumably to stop discount scalping and resale. Full-price purchases are unlimited.

While all Xbox One and PC titles are now giftable, you still can’t gift Xbox 360 or Origianl Xbox games. Nor can you gift ‘consumable’ DLC such as currency or loot boxes. Gifts also have to be redeemed in the country they were purchased in.

The system needs a little work still – the region restrictions are a shame, for instance – but it’s another strong step in the right direction. While Xbox definitely needs some new games at E3, it’s tough to find much to complain about the Xbox One on the services side of things, as Microsoft just keep improving.