The upcoming Shadow of the Tomb Raider is proving very expensive for Square Enix, so it’s no wonder the company is looking to experiment with cheaper, less risky projects.

Eidos Montreal, the lead developer on Shadow of the Tomb Raider, has revealed that the game has cost between $75 to $100 million to develop, with around $35 million reserved for marketing and promotion.

This is quite a lot of money for a predominantly single-player, story-driven game. This makes it harder to monetise post-launch, which is why we’re seeing publishers move away from the one-and-done business of selling games and into the games-as-a-service model, which naturally involves more social, multiplayer games.

Studio head David Anfossi admits that this creates pressure for Eidos Montreal to turn a profit, which is why the studio has dedicated money and resources to experimenting with different game modes, and game concepts that can both satisfy fans of narrative-based games, and make enough money to be sustainable.

“We are doing tests, we are learning, and we are working out how to apply that to our games, but we have to be careful about the fans. Online does not have to mean multiplayer. It could, but it could also be something different. It can be a single-player experience but online.”

“Online, for me, does not mean we forget the single-player experience. It could be part of that experience. Or it might mean we try multiplayer things at the same time,” he added.

One example Anfossi was fascinated with is the success of Hellblade: Senua’s Sacrifice, which cost a lot less than games in that genre typically cost, and was a result sold for $30. On the other hand, the game told a contained, personal story that took six to eight hours to finish.

Ninja Theory’s risk was rewarded with decent sales, not to mention critical acclaim. Anfossi says this model can be used to inspire future projects from the studio.

“For example – and this is just my opinion, I’m not committing to anything – let’s say that we develop a very good narrative, with a complex universe and strong characters,” he suggested.

“You start the game and then you complete it in three hours. That costs $30. That’s it. Maybe that’s the way to continue with story-driven games. You bring a strong experience, you make sure that the audience is interested by it, and that they can actually complete it.” 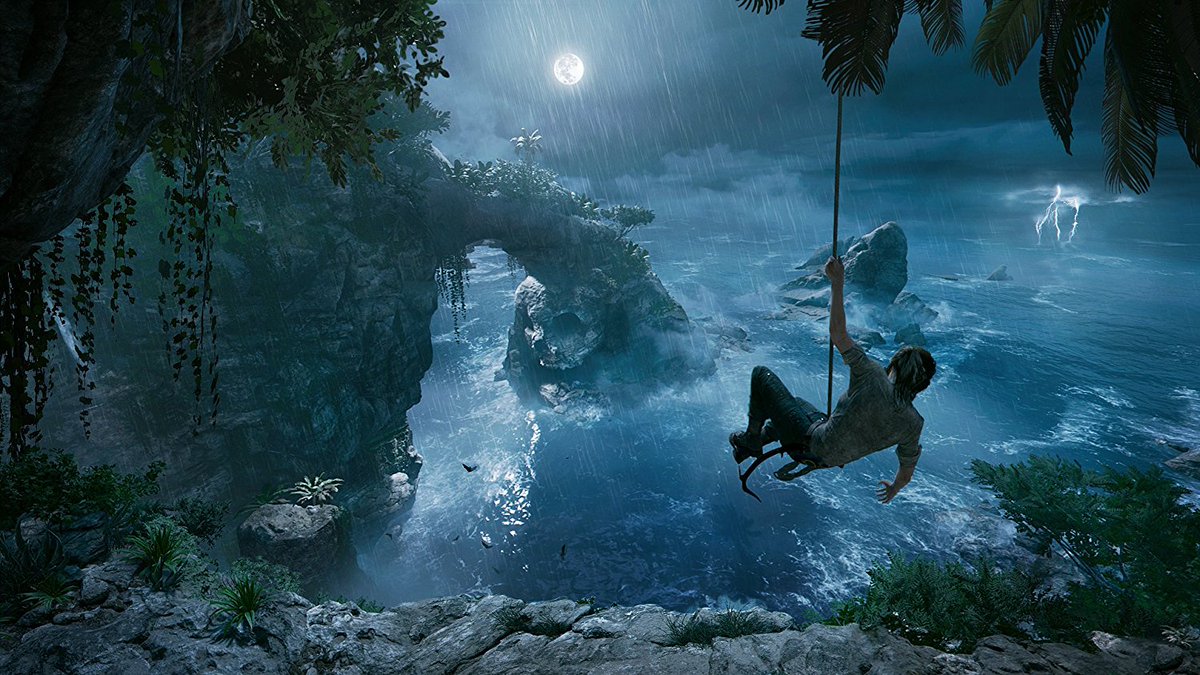 Shadow of the Tomb Raider does have an online component that’s poised to be bigger than any previous entry. Though the developer has not yet revealed any details about these modes, the fact that they exist at all in a story-heavy game like the modern Tomb Raider is part of the studio’s experimentation with making the game appealing to more than the core single-player audience.

By the same token, Anfossi says they have to be careful about which trends make sense for their games.

“There are these trends every year, or every two years. Whether it is multiplayer, co-op, MMO or single player. If you deliver the right quality experience, you will reach the audience you want,” explained Anfossi

“That being said, I believe that the story-driven experience is going through a generational change.

“Looking at God of War, that’s a pretty good example of a great single-player experience. I like it a lot, but I might not get the time to complete it. For me, that’s a frustration. Because when you start a story-driven experience you want to see the conclusion. So we have to adapt and try new models.”

Shadow of the Tomb Raider is due out September 14 on PC, PS4, and Xbox One.