Destiny 2: Warmind is nearly here. Here’s what time you can dive in, in your time zone.

Destiny 2: Warmind releases today, and if all goes according to plan, you’ll be heading to Mars around lunchtime – depending upon your timezone, obviously.

But first, some server downtime, during which Bungie will implement all the changes coming to Destiny 2 for Season 3. As ever with scheduled maintenance, there’s no guarantee of hitting the expected end time.

The good news is you’ll be able to download Warmind during downtime, so if console networks and your ISP are on the same page, the new content will be installed once things are back online.

Below you will find Destiny 2 downtime, Destiny 2: Warmind download and unlock timings for today. File and storage size requirements are also listed, along with preliminary patch notes.

Full patch notes are usually provided just before or during downtime. Bungie estimates the patch notes will go live around 10am PDT/1pm EDT. Once the full notes are available, we’ll post the list separately.

Destiny 2 will be down for five hours come 6am PDT while Bungie rolls out Warmind, update 1.2.0, and hotfix 1.2.0.1. We’ve converted that to a few other timezones below. Note that the end time is an estimate, and there’s a possibility it may be pushed back.

You can start downloading the update after the game has been down for about an hour. Again, we’ve got that in a few timezones below.

When you can play Destiny 2: Warmind

Destiny 2: Warmind will unlock for play when the Destiny 2 servers come back online at the end of the scheduled downtime. As mentioned above, this is an estimated time and may be pushed back.

Destiny 2, including all updates, has the following storage requirements for each platform: 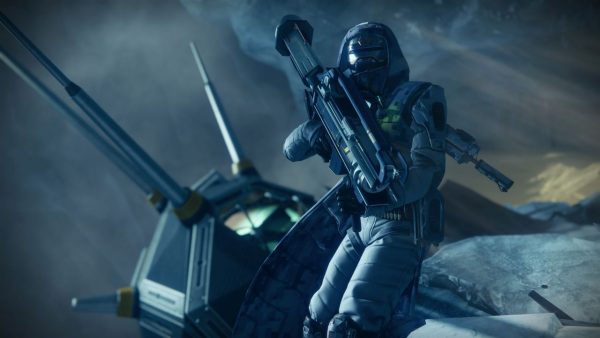 There’s quite a bit more to Destiny Update 1.2.0, but Bungie provided a quick overview of feature changes and bug fixes that will deploy today.

Bungie has identified the following issues ahead of Update 1.2.0. Each are currently under investigation.