If you own a Nintendo Switch Pro Controller and feel like you want to use it playing PC games, you may want to download Steam’s latest beta.

The Steam client beta, available now, not only brings early support for the Switch Pro Controller’s various buttons, it also extends this to the gyro.

Before this update, players had to download unofficial drivers for the Switch Pro controller to use on PC, which, on top of being a hassle to configure, didn’t always work.

Native support for the Switch Pro Controller on Steam works in a similar way to how Steam handles Xbox, and PS4 controllers.

To download the beta, you’ll first need to opt in. This can be done by going to Steam’s settings, and picking Steam Beta Update under Beta Participation. This is no different than any previous Steam beta update. 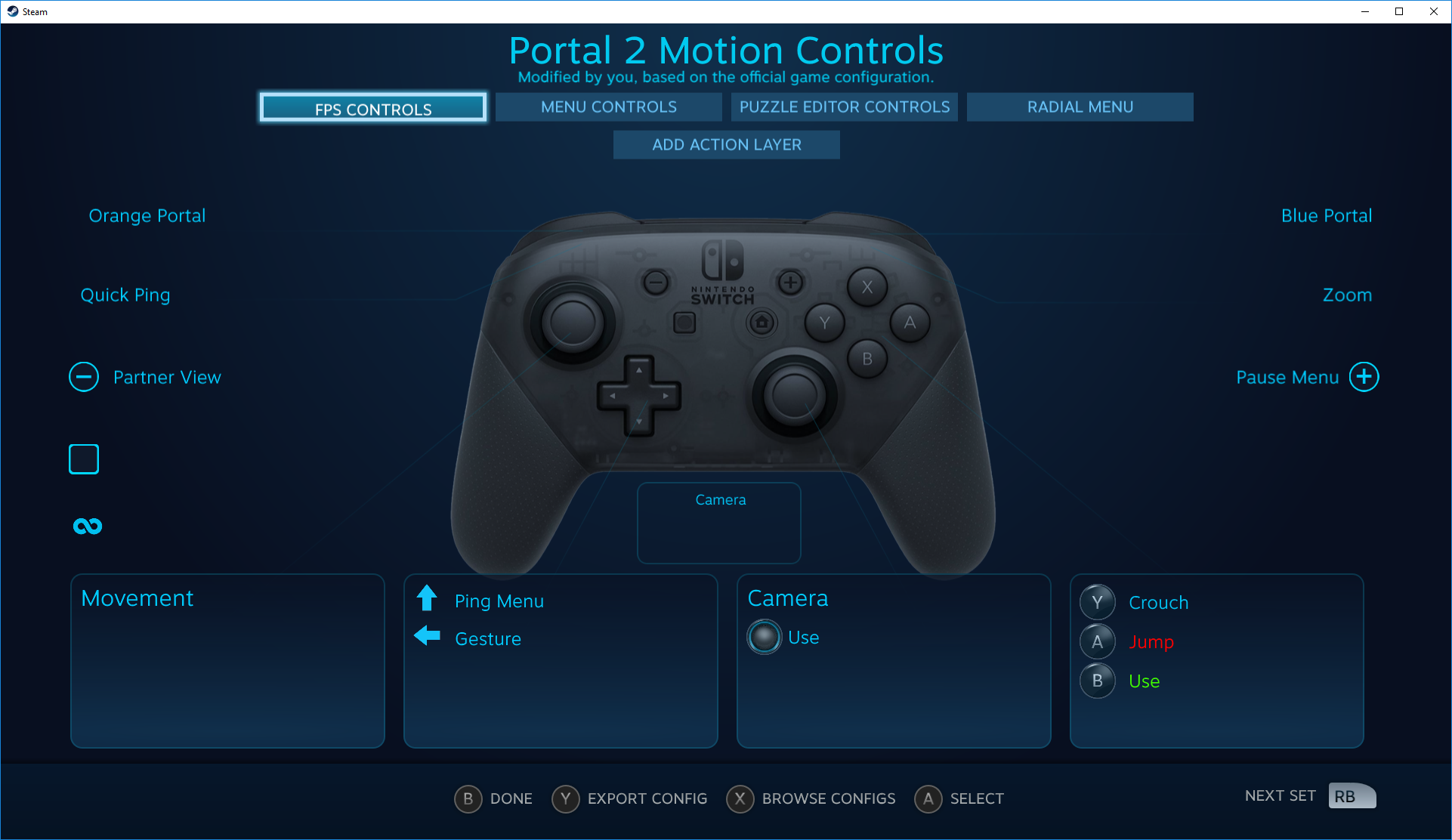 Once the beta has been installed, check the Nintendo Switch Configuration Support option in the Controller Settings page, which also has PS4 and Xbox controller configuration, if you’ve had to use it before.

From there it’s just a matter of setting up new configs (including the gyro), or downloading others’. This works on a per-game basis, similar to the Steam Controller.

There’s also a handy Use Nintendo Button Layout option that swaps the A/B and X/Y buttons automatically. Valve did not say when the feature will brought to the live branch, though Steam betas typically don’t take long.