Shadow of the Tomb Raider will have various editions available for purchase, and a nice incentive for those who pre-order.

Square Enix unveiled Shadow of the Tomb Raider in full today along with early details on the Season Pass. The company also produced information on the various editions which will be made available, all of which is posted below.

Along with the standard edition for PC, PlayStation 4, and Xbox One, there’s the Ultimate Edition, Croft Edition and Steelbook Edition. Square will also offer a Digital Deluxe sku, and you can get a look at the mocks up through the leaked images posted earlier today. 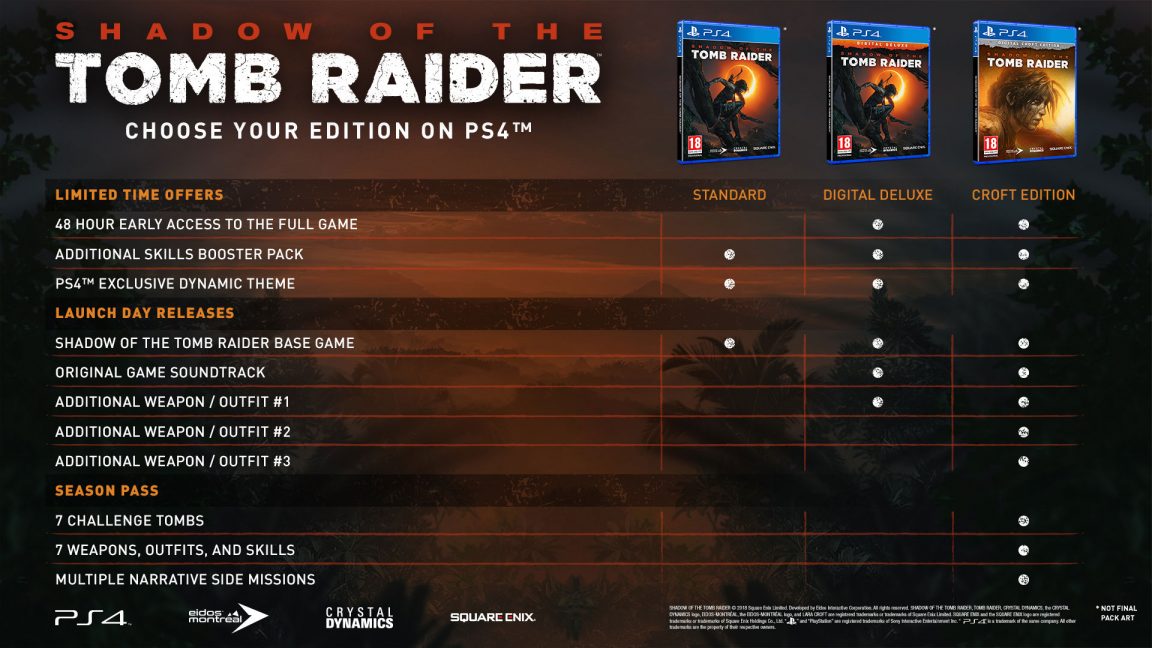 Those who pre-order any edition will receive 48 hours early access to the game. Pre-order the base game or the Croft Edition digitally, and a skills booster pack will be included.

Pre-order the game and be upgraded to this version while supplies last. 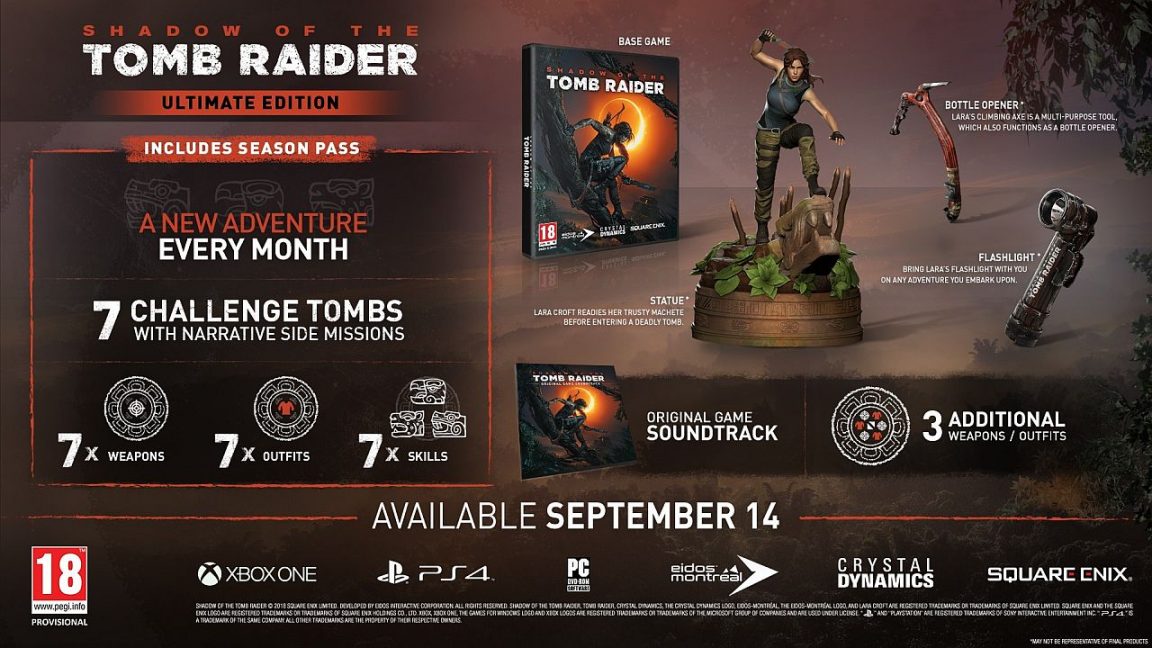 As with all pre-orders, be sure to check with your local or preferred online stores for retailer specific exclusives.

Shadow of the Tomb Raider releases on September 14.

Enjoy some concept art of the game below. 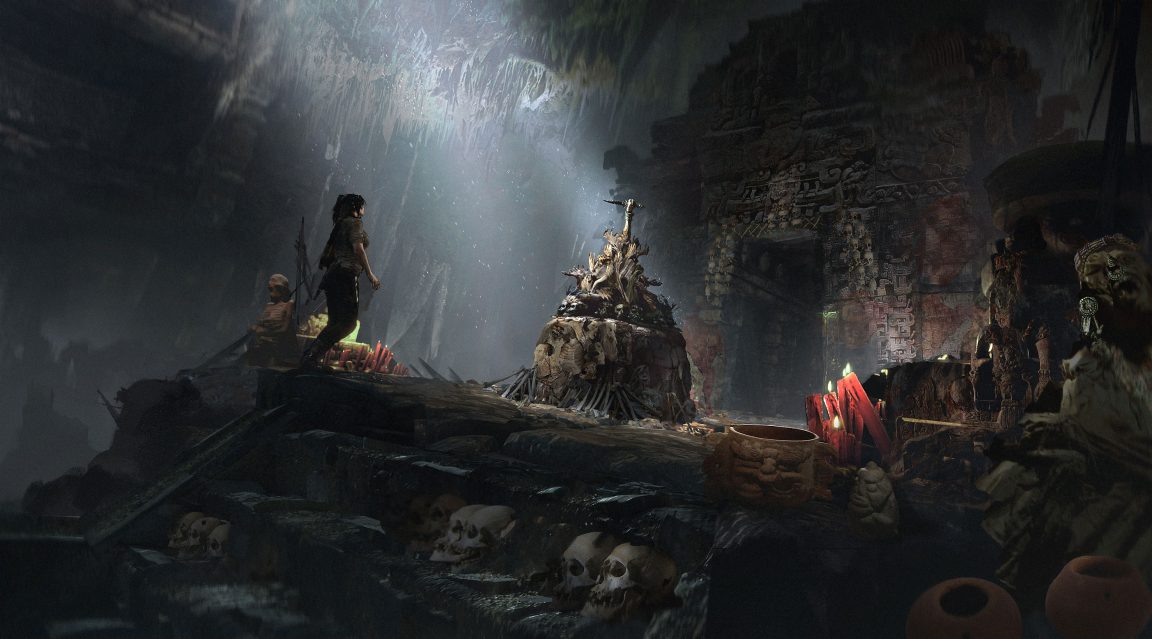 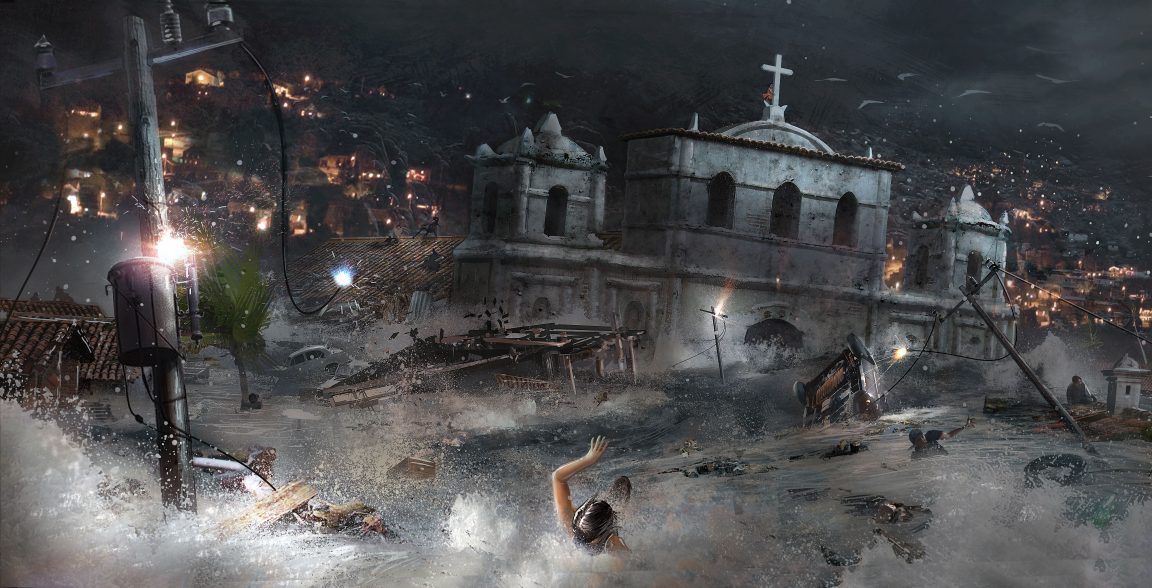 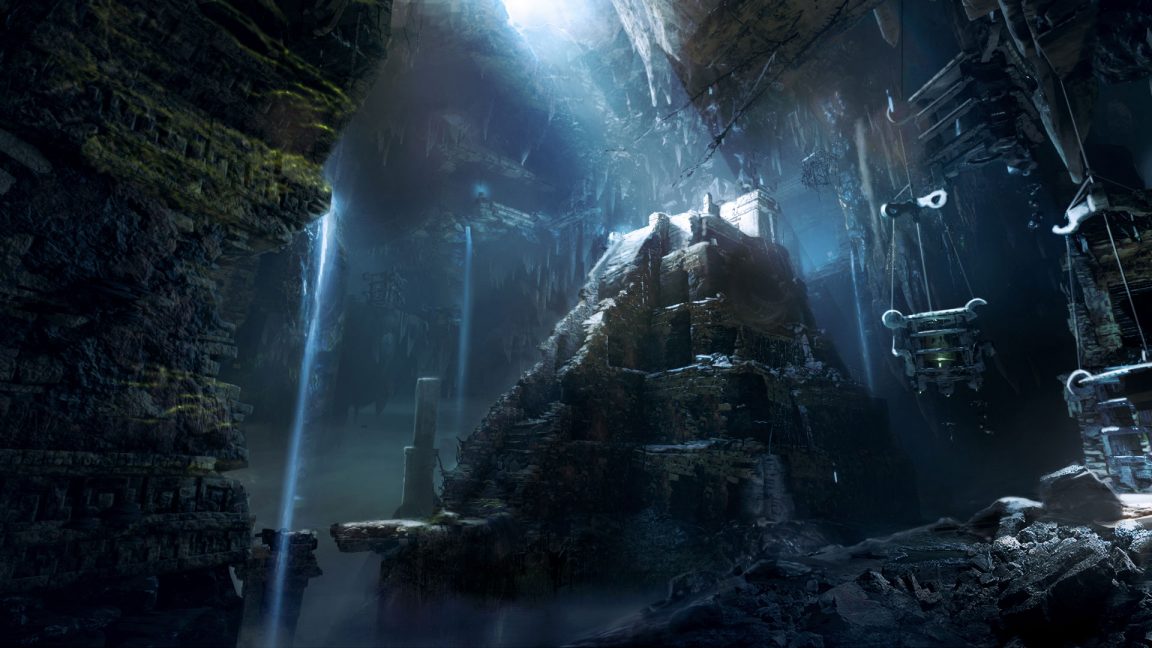 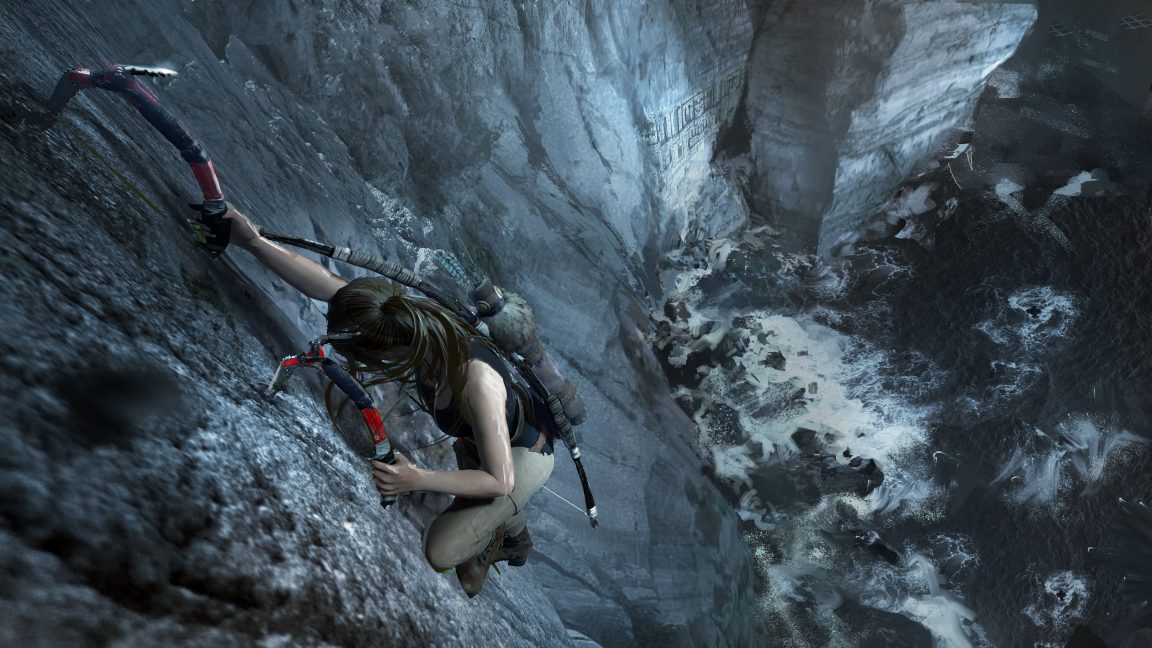