Shadow of the Tomb Raider and leaks go hand-in-hand, it seems, because we have yet another leak ahead of an official reveal.

UPDATE 2: The trailer has been officially released, watch it below.

UPDATE: Shortly after we published this story, the CG trailer for Shadow of the Tomb Raider appeared on the game’s Microsoft store page.

Only a direct link to the trailer is available at the moment, and you can watch it through here.

It’s all CG, but it sets up the story which seems to take place in South America and feature Mayan mythology/fantasies.

ORIGINAL STORY: After Shadow of the Tomb Raider’s release date was leaked ahead of an official announcement last month, many were looking forward to today’s big reveal event to learn more.

Though gameplay footage have yet to leak, screenshots and details about the game’s five different editions have popped up online through various sources.

What’s more, according to a preview in French gaming mag JeuxVideo, the story will see the return of Sam, Reyes and Jonah, who appeared in the rebooted first game as well as Rise of the Tomb Raider.

According to one picture, Shadow of the Tomb Raider will launch with five editions on PC, PS4, and Xbox One. You get your standard, deluxe and collector’s editions, but there’s also the Croft Edition (both digital and physical).

The contents of the various editions are unclear, but the description for the collector’s edition appears to show it having the base game, a statue, a miniature axe bottle opener, flashlight, the soundtrack, and three weapons and outfits for Lara. 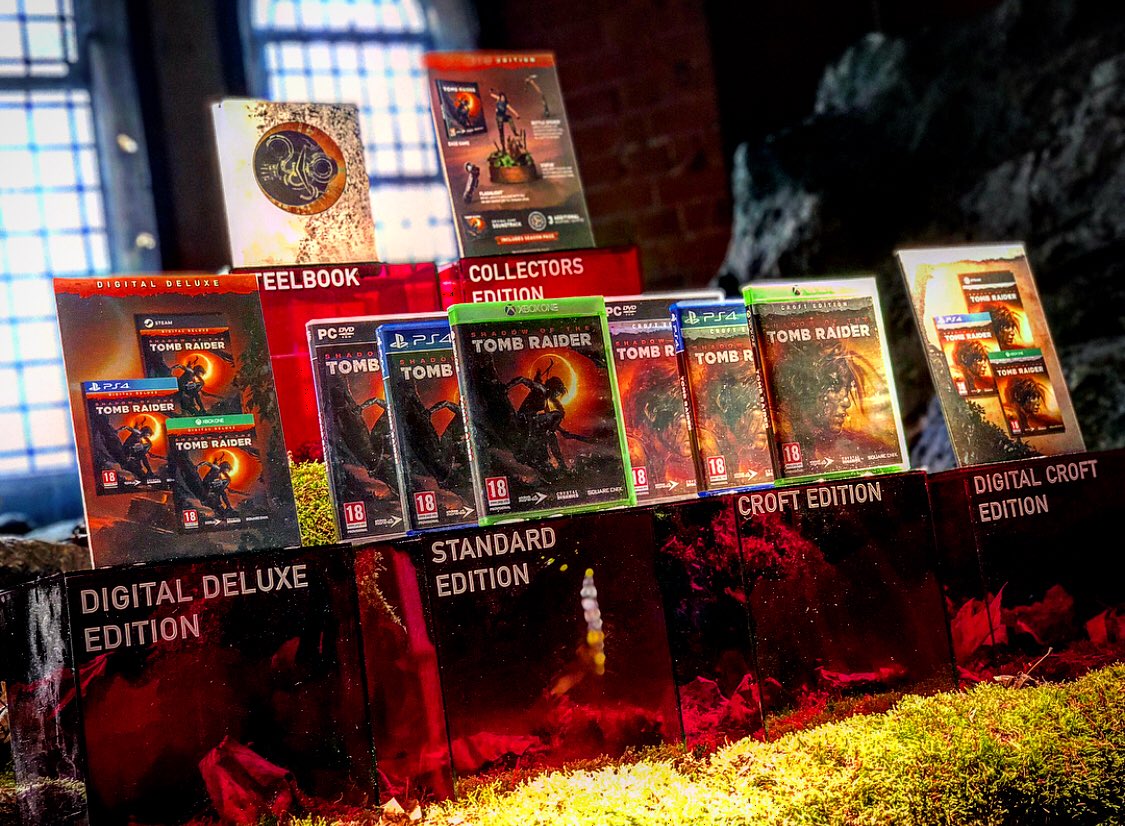 The screenshots, all of which can be seen below, first appeared on Amazon before getting pulled. Not before Wario64 and folks on ResetERA saved a few backups, though.

The shots show a couple of varied locations, and the quality looks about as good as Rise. See them all below.

We’ll bring you all the news from today’s event as it happens.

Shadow of the Tomb Raider is out September 14 on PC, PS4, and Xbox One.