It was also reported Xbox Live users number at 59 million, which is flat compared with Q2 of the current year. Overall its a 7 million increase in users yoy.

Total revenue in More Personal Computing, which houses the company’s Xbox business, was $9.9 billion for the quarter.

The figure is up $1.1 billion or 13%.yoy, but down compared to Q2 of the current fiscal year when the company reported $12.2 billion in revenue.

If you look at the figures for nine months of the current fiscal year, gaming revenue increased $658 million or 9%. This was driven by Xbox software and services revenue growth of 15%, again, mainly from third-party title strength.

Microsoft didn’t provide any information on hardware; however, the call to investors may (or may not) shed some light on how well Xbox One is doing.

Microsoft long ago ceased giving Xbox One hardware sales updates, but it has mentioned declines or increases in previous reports. 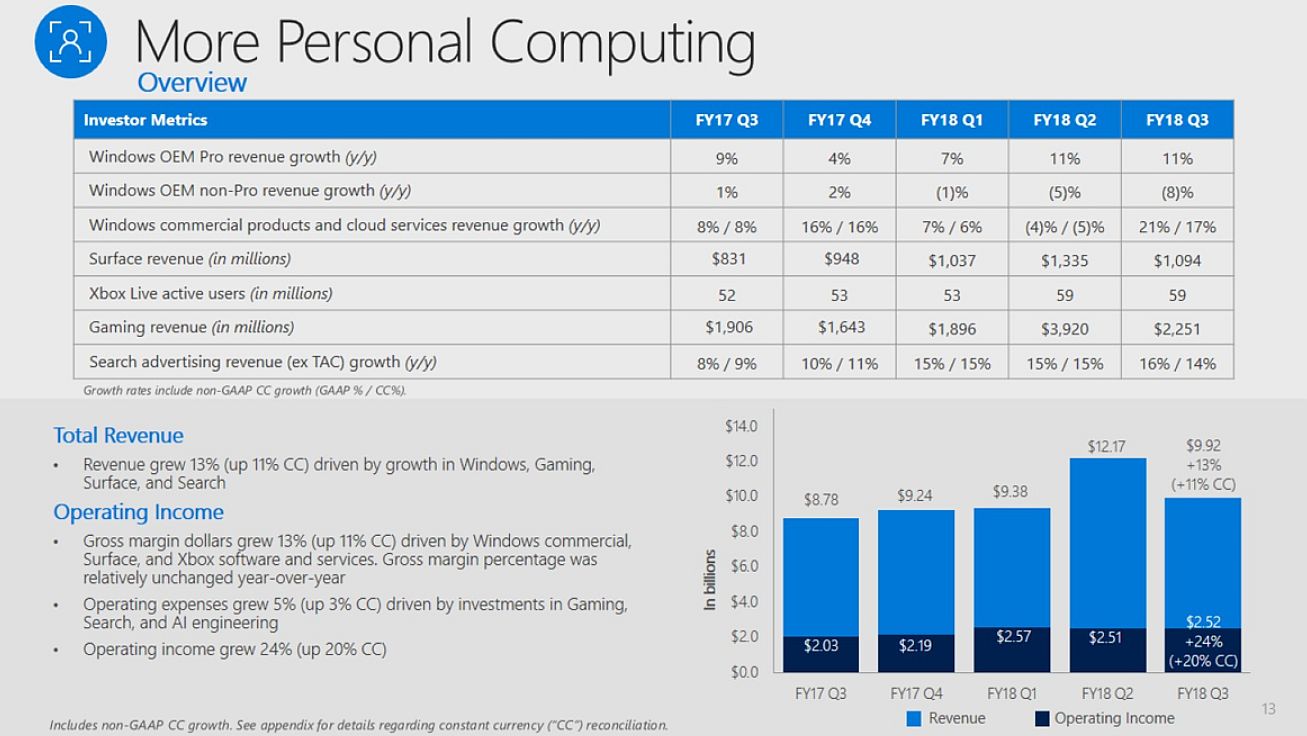 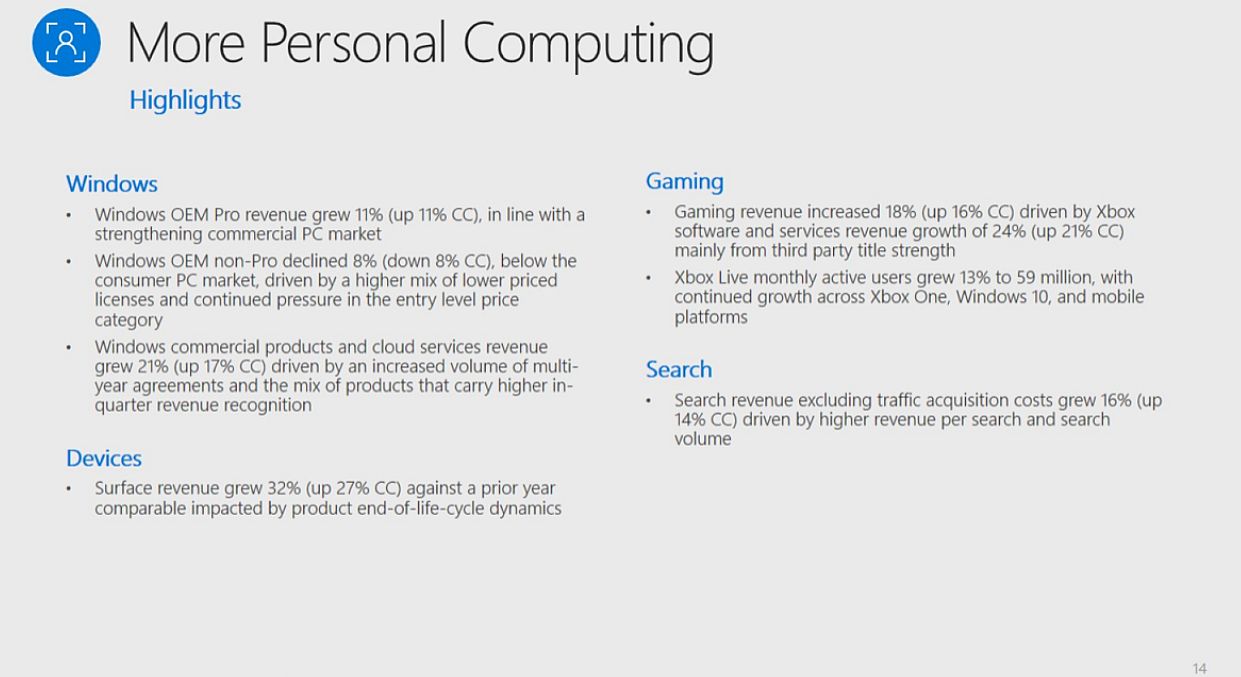