After working at Blizzard for 15 years, Hearthstone’s Ben Brode is leaving to start a new company.

Perhaps the most public face of Hearthstone is Ben Brode, the director who hosted a Designer Insights video series discussing expansions and balance changes. But Brode has worked at Blizzard for 15 years, starting as a “Night Crew Game Tester” before working his way to the role of director. 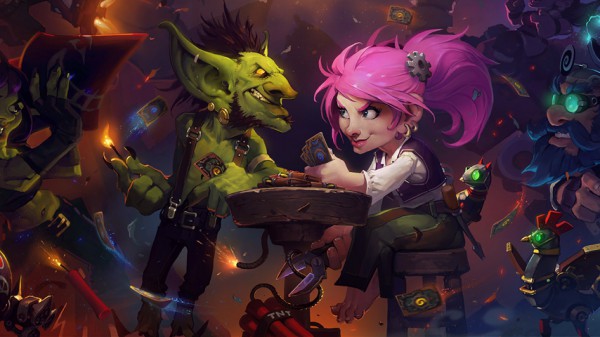 “After 15 years at Blizzard and almost 10 years working on Hearthstone, I have made the incredibly difficult decision to embark on a new journey,” Brode wrote on the Blizzard forums. “Man, that was a hard sentence to type.”

“I am very fortunate to be able to take a crazy risk right now in my life,” Brode continued. “I’m excited to be scrappy and a little scared. I’m going to help start a new company. We’ll probably make games, but we haven’t figured anything else out, yet. I’m looking forward to designing, programming, and actually creating things again.

“I’m going to miss the on-campus Starbucks, though. Dang.”

While Brode had an impressive range of roles within Blizzard – moving from a game tester, to hosting eSports events, to designing an immensely popular card game – he attributes most of this success to the entire team.

“I get too much credit by virtue of being a public face, but the 80+ people on the development team are still there, and they are the ones actually making the cards, brawls, events, missions, and features,” he noted. “I am confident the game is in the best possible hands, and I’m excited to see where a new generation of leaders takes Hearthstone from here.”

It’s not clear what exactly Brode will make with this new company, but you can bet money it’ll be worth watching closely.