After exploring the Lake of Nine and bumping into the dwarven smith Brok at his new shop in Tyr’s Temple, he’ll ask you to check up on a friend of his – Andvari – in the Volunder Mines. Kratos reluctantly agrees, but not as a favour, he’s only searching for resources. Here’s how to complete the Second Hand Soul quest in God of War.

To reach the Volunder Mines, travel southeast of Tyr’s Temple, near the Cliffs of the Raven. Look for a canyon and row until you discover a new area: Volunder Chasm. Keep rowing until you find a boat dock, and moor there.

Once you’re on dry land, take in your new surroundings before heading up the lift in front of you, climbing the ledge, squeezing through the crack in the rock. Look to your right and you’ll see a chest, as well as a lore stone.

Hop down over the ledge, jump the next gap, then crawl through the small opening, this will bring you to near the entrance. Pass Brok and open the door. 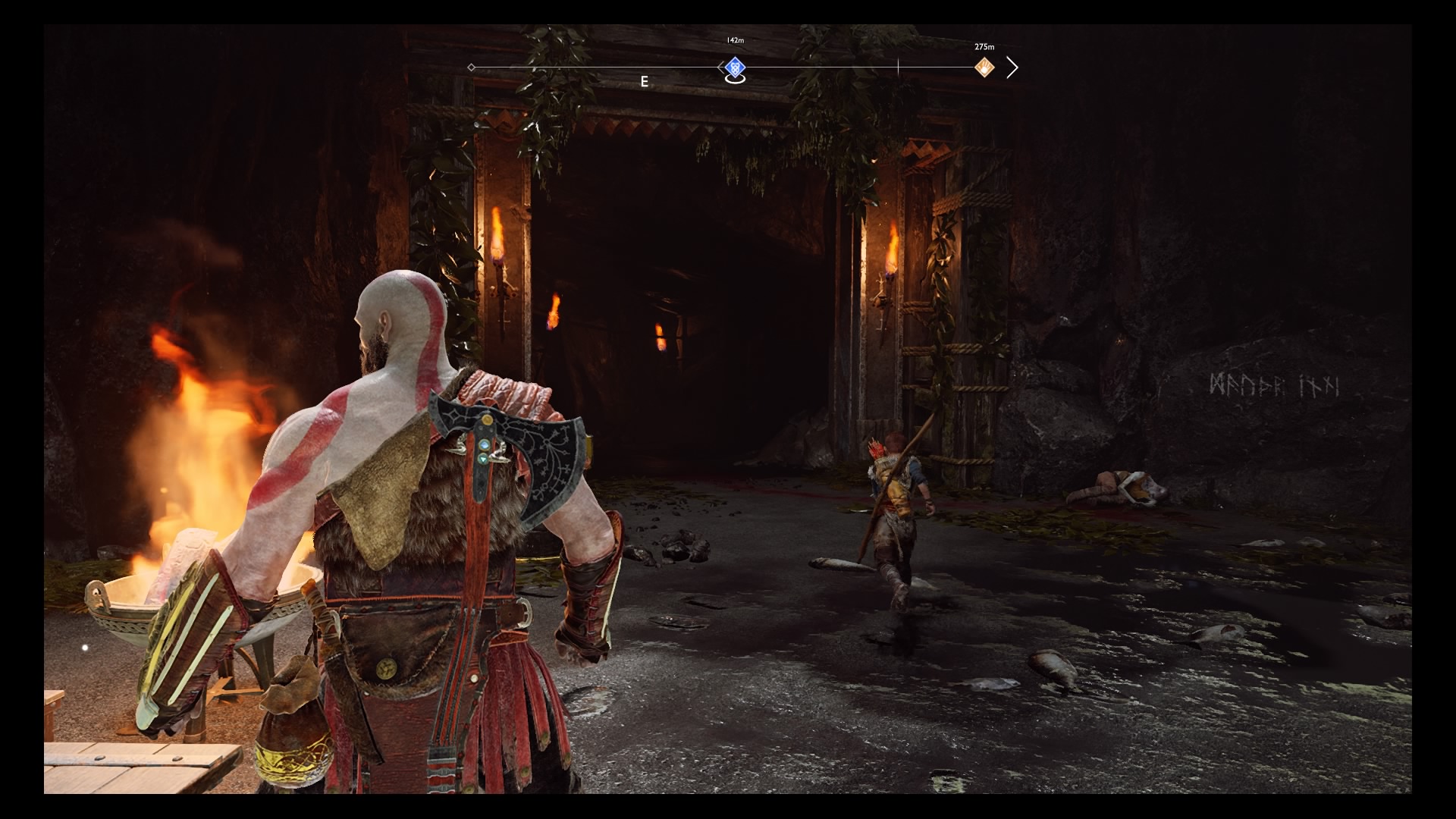 When you’re inside grab the chest behind the wall of planks on your left, then jump the gap to push forward. 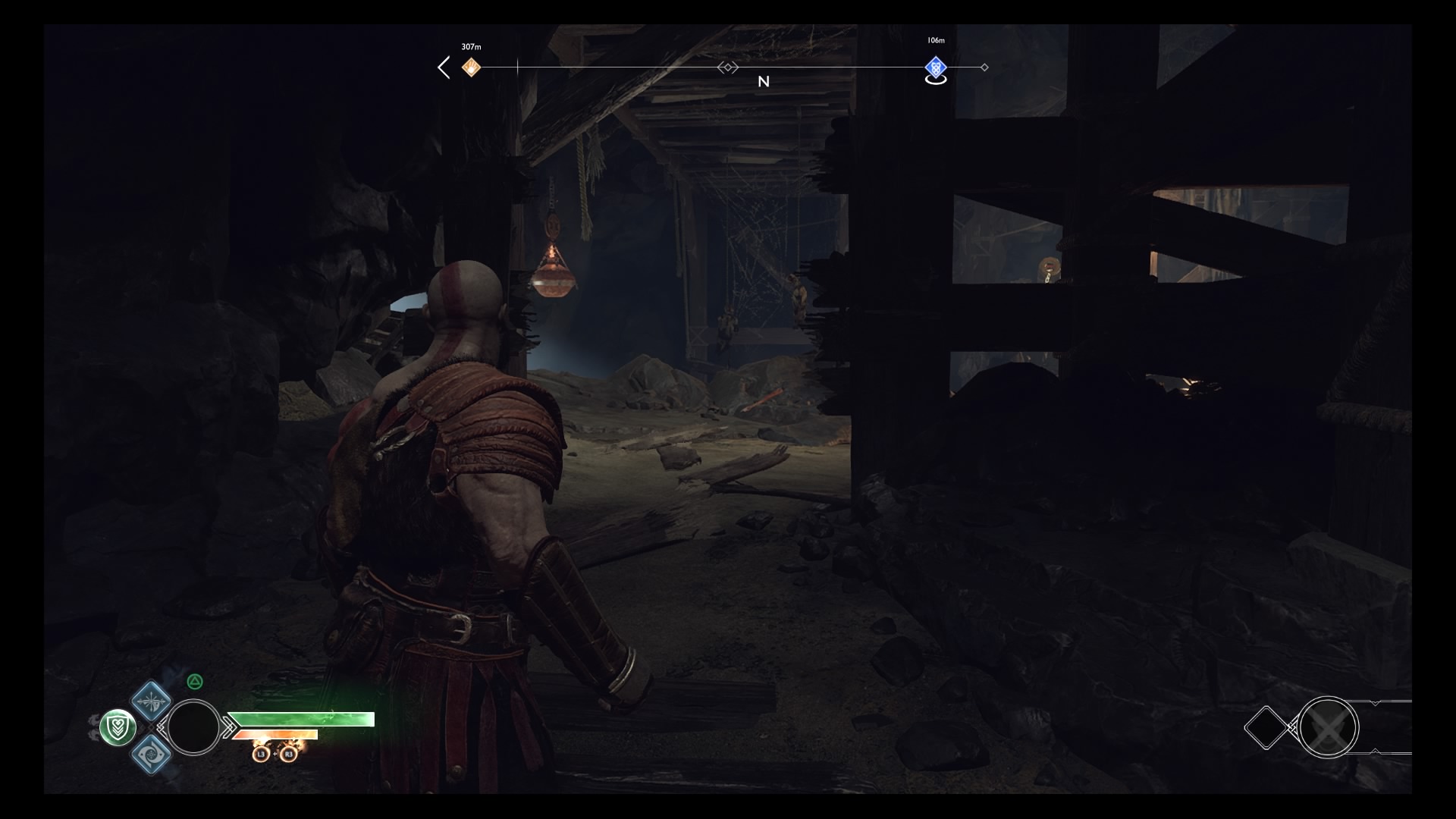 Throw your axe at the weak planks blocking your way, and you’ll be confronted by an intimidating creature – a Soul Eater. Thankfully, it’s not aggressive, so leave it be.

Bust through another set of planks on your left to collect a cache of Hacksilver, then press forward by jumping down and fighting through the Draugr that stand in your way.

Lift the gate on your right, and head on through.

Continue forward, defeating the Revenant as you go, as well as stopping to break open the weak planks on your right to collect some more Hacksilver.

When you get to a bridge, turn right and go down a chain to loot some more items. There’ll be some enemies to kill here, as well as the “Dead and Bloated” treasure map. Keep following the path around and you’ll see some more breakable planks – smash them, then throw your axe at the red pot you can see next to some rocks. Hop down the path it opens up for a sizable bag of Hacksilver.

Return to the bridge you turned at to climb down the chain and cross it. You should see a door locked by magic runes – similar to Nornir chests – ahead of you. 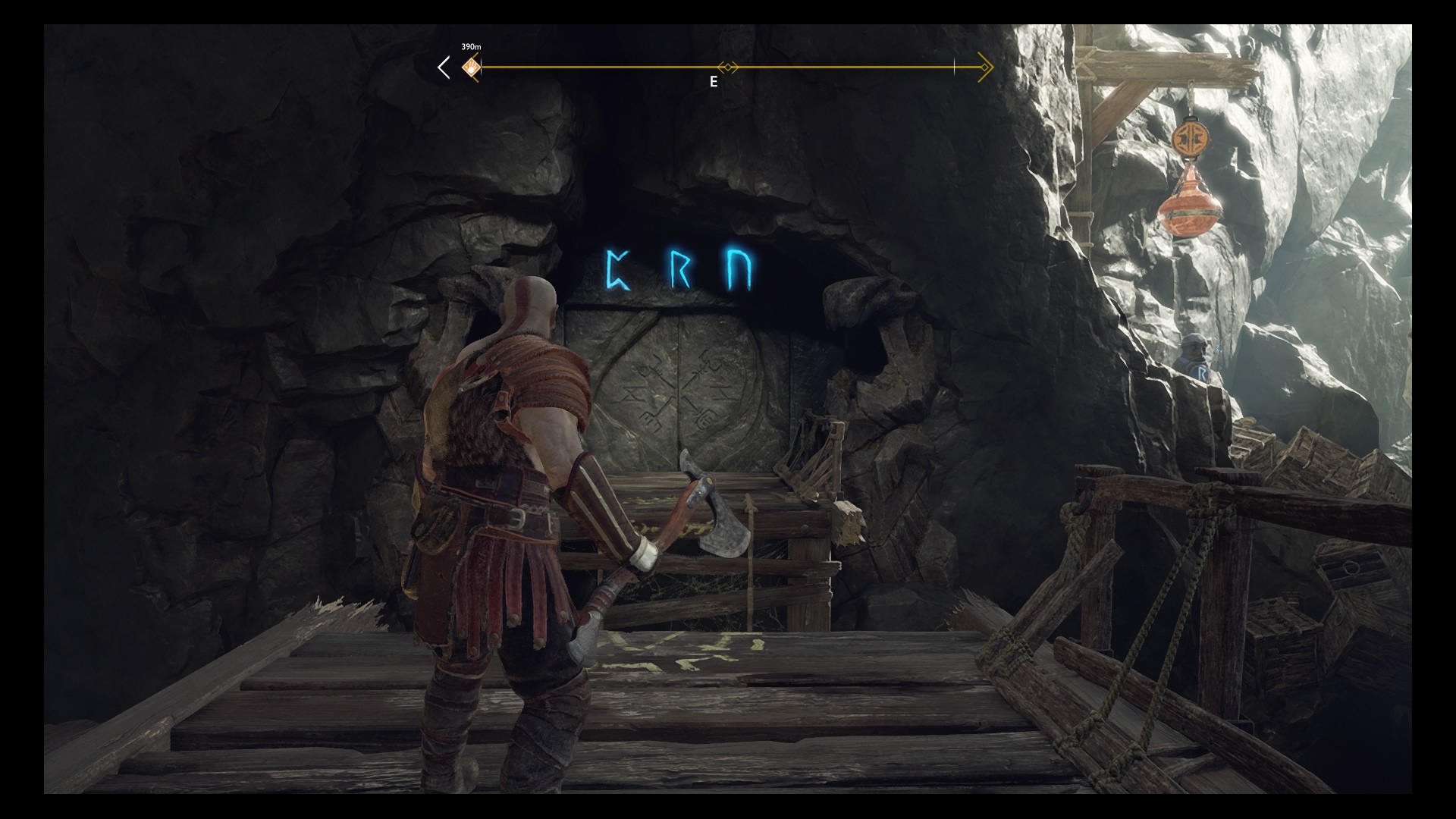 To open this, you need to break three seals.

The first is immediately to the right of the door. Throw your axe at the pot above it to smash the seal. 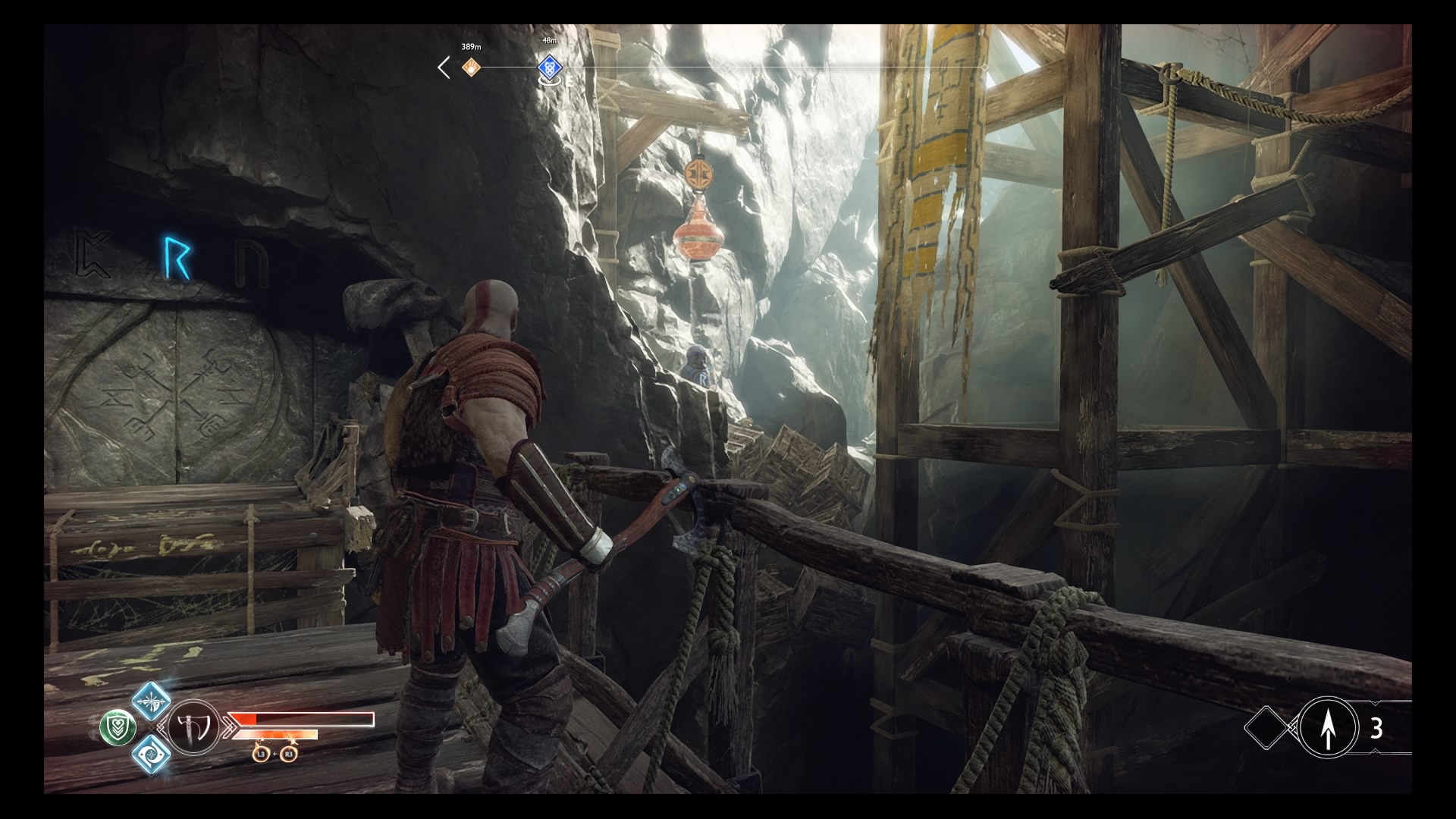 The second is behind you, down and to the right if your back is to the locked door – you should see it if you continue to follow the path that led from the chain you descended before. 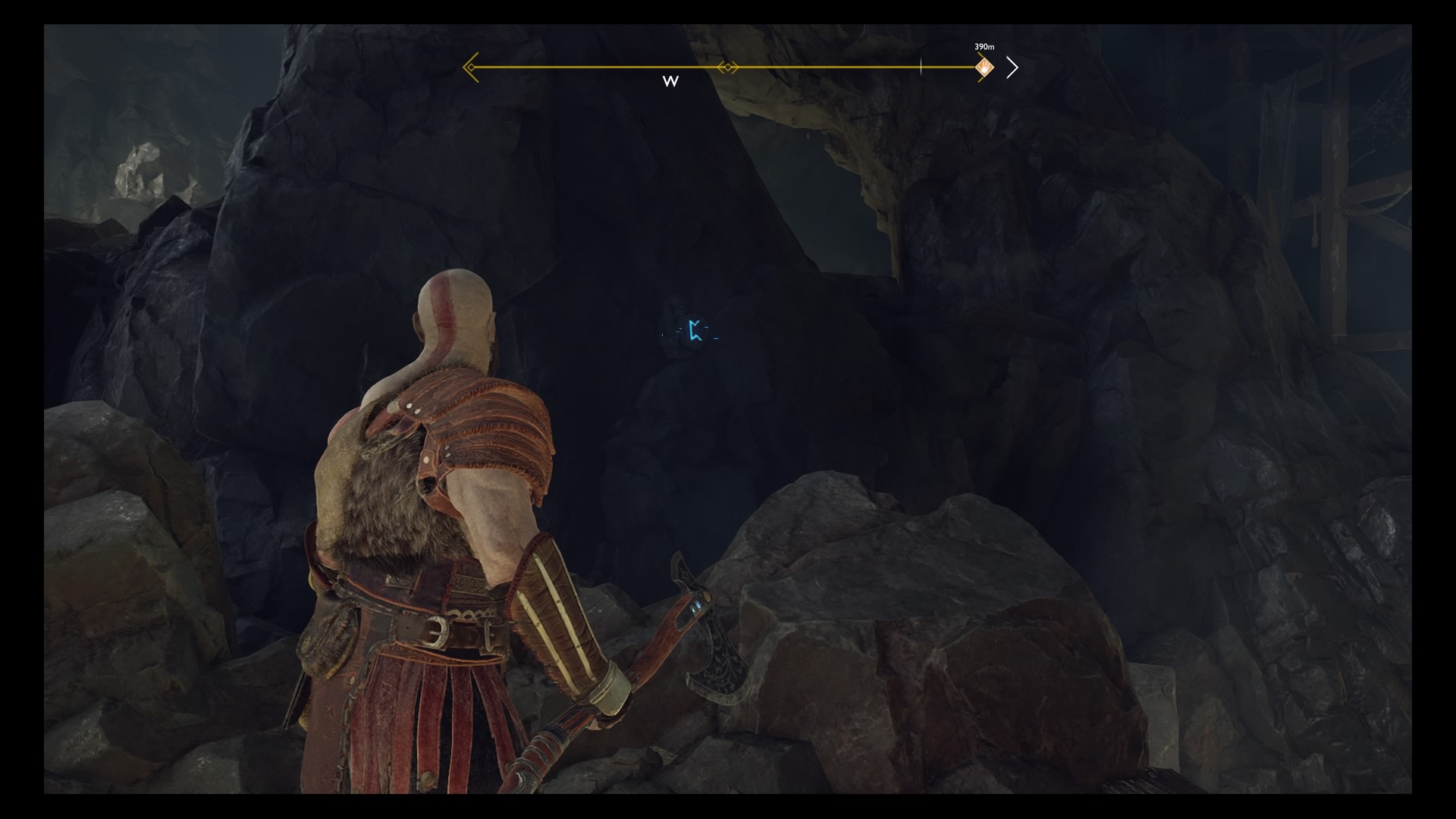 The final seal is to the left of the door, inside a small chamber with a gate that needs to be opened. Jump down into the lower section of the room to get inside. 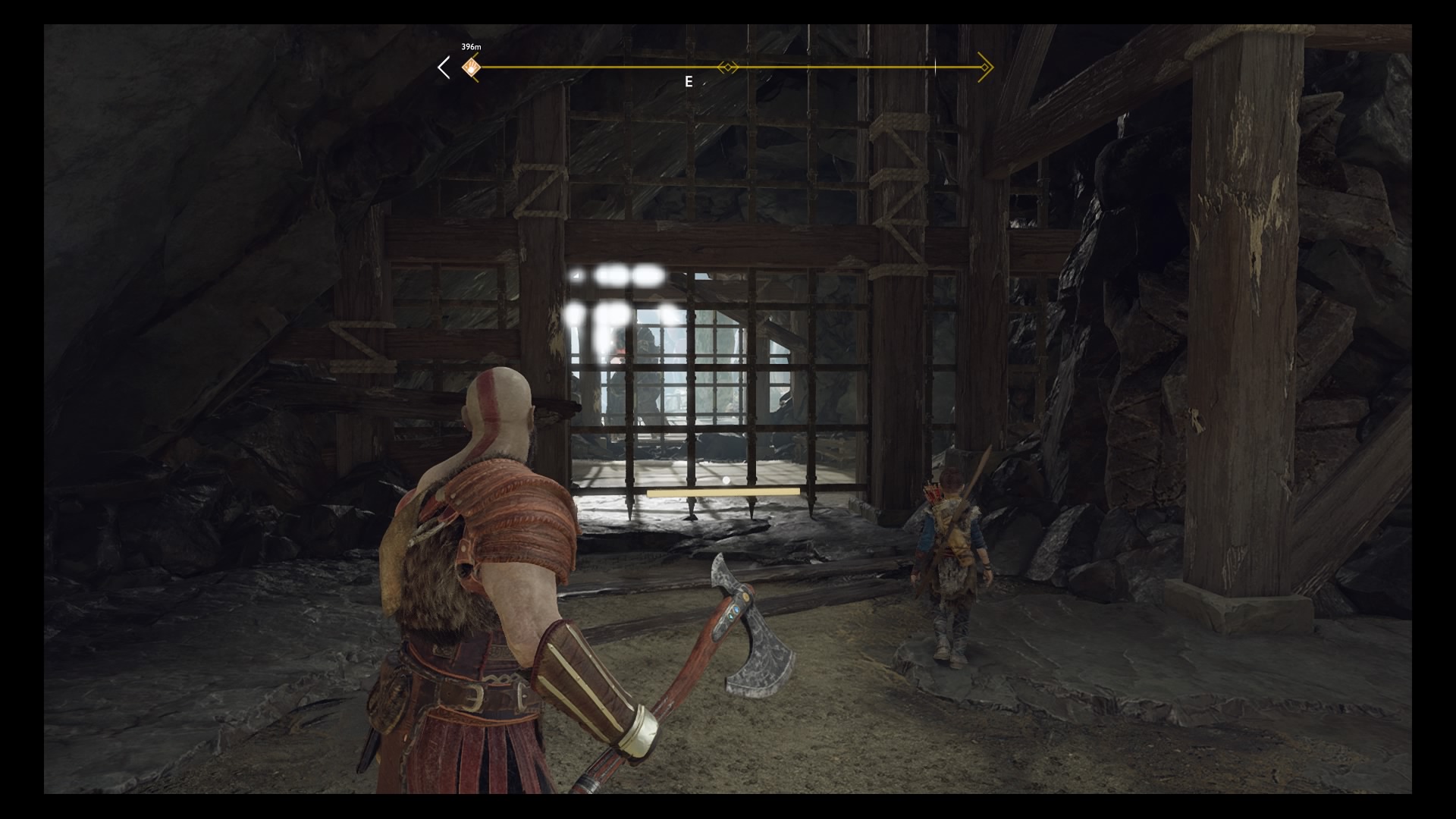 Collect the chest in here and head back to the door, killing the Draugr and Nightmares that spring out.

Steel yourself, open the rune door, and turn the corner. Here, you’ll see the Soul Eater pacing in a clearing.

When you’re ready, jump down and attack. 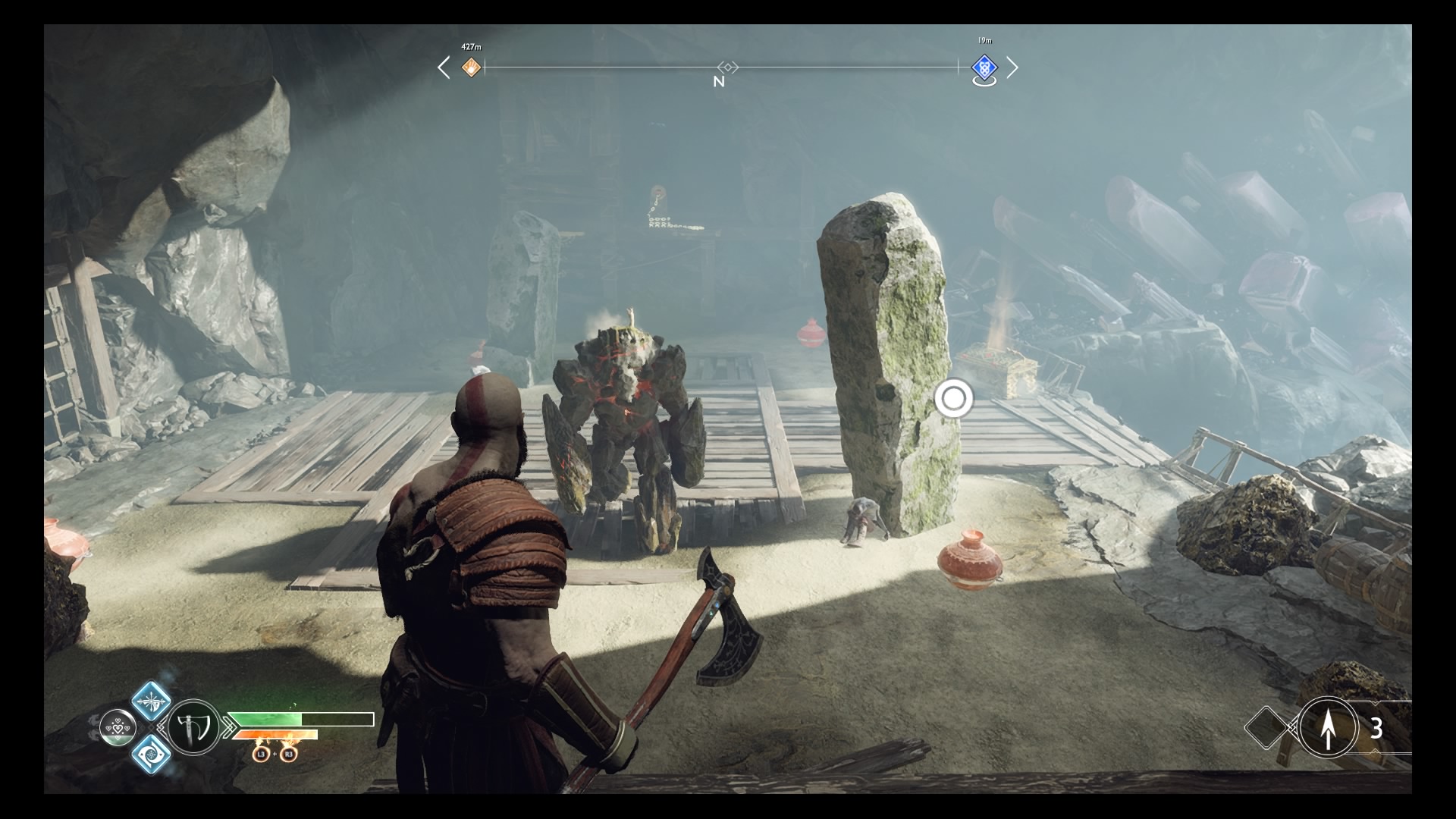 The Soul Eater is resistant to normal damage with your axe, so you have to wait until it opens its chest to fire and throw your axe at the exposed innards.

Use the stone pillar in the centre of the room for cover and be patient.

When you score a hit, a chunk will fly off the elemental. Run over and pick these up with Circle, then throw them into the Soul Eater’s chest when it’s open. This will deal significant damage.

However, the easiest way to kill the Soul Eater is to use the red explosive pots that litter the battlefield. If you can hit one of these while the elemental is exposed it’s deal very, very heavy damage if not kill it immediately.

Mop up any lingering Draugr, collect the chest in the corner, then boost Atreus up the ledge on the far side of the room to where you came in.

Climb up the chain he drops, then turn the corner and slide down the rope.

Kill any Draugr in your way and climb up the ledge. Follow the path around and you’ll come to the room where you first saw the Soul Eater.

Climb up the other side of the room and retrace your steps to the entrance.

Talk to Brok outside and you’ll complete the favour! 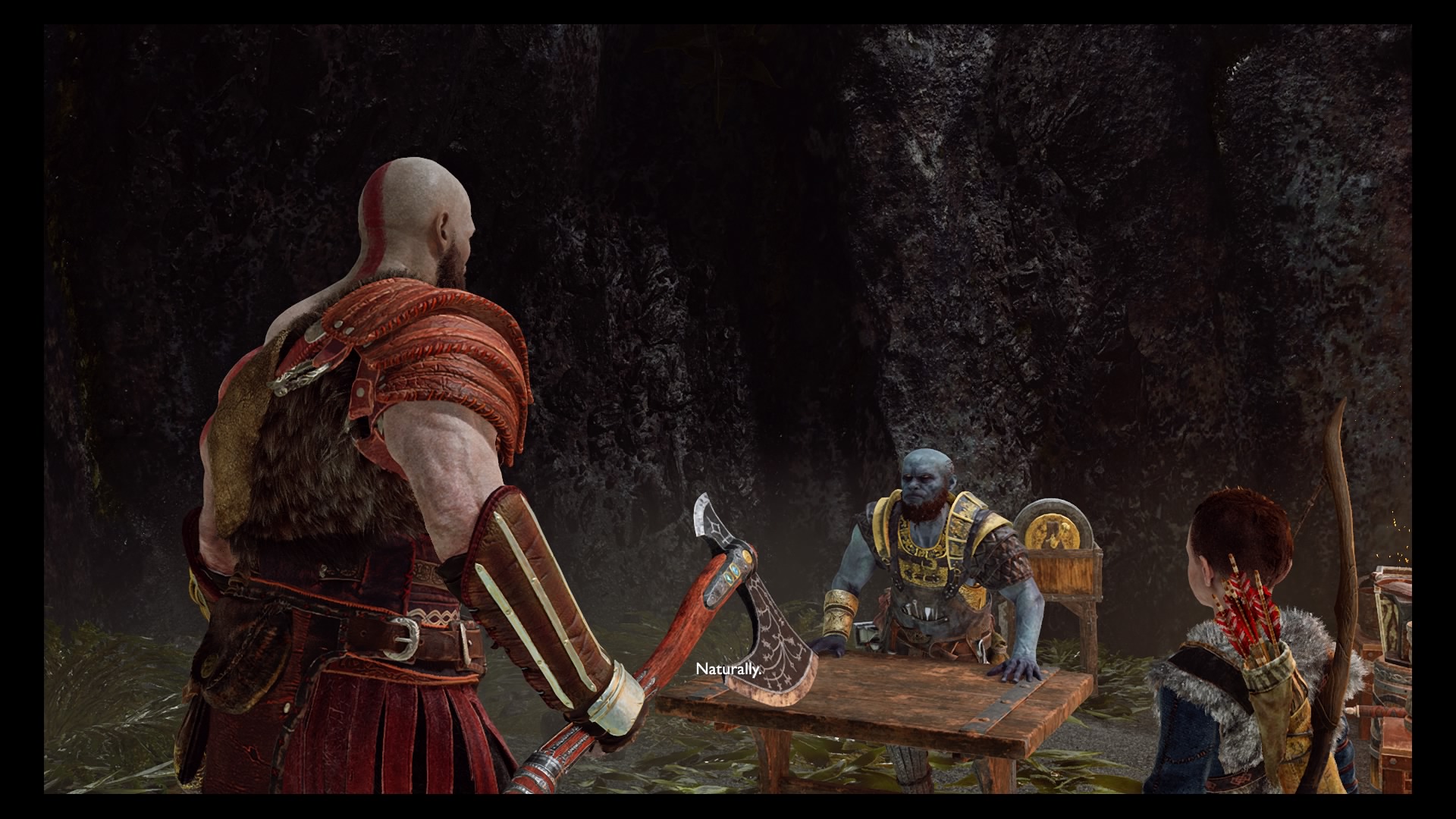