Monster Hunter World’s latest Elder Dragon is here: Kulve Taroth, a beast so big it’ll take sixteen players to take down – and it’s only around for a limited time.

Kulve Taroth is unique for a few reasons – first there’s the absolutely enormous hulking size of the monster, but then there’s the method of how you fight her. She’s fought by all sixteen players that are on one of Monster Hunter World’s game servers together, with the players collaborating in the regular-sized groups of four in unique instances to contribute to a server-wide attempt to take her down. This, a siege battle, is some high-end, end-game content for the most experienced of hunters. 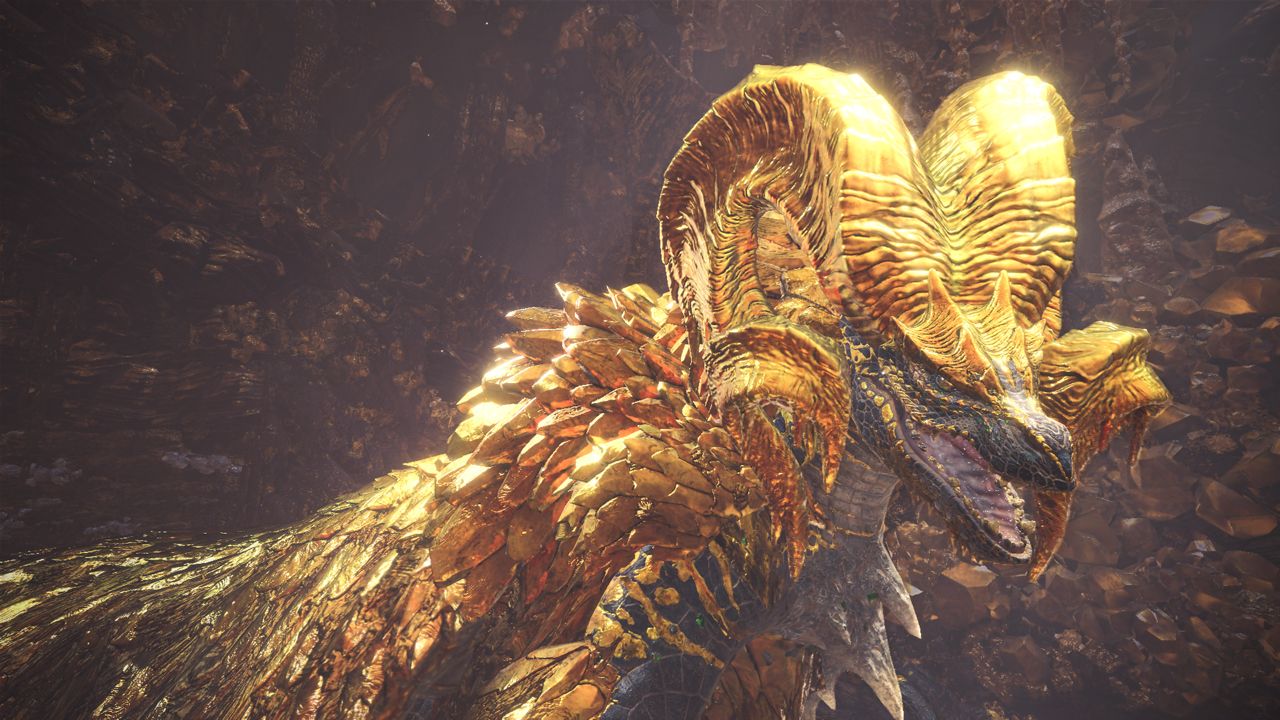 The Kulve Taroth Siege quest requires the collaborative efforts of 16 hunters in the same Gathering Hub. Each hunting party will split off into groups of up to four hunters each. All teams will work together to investigate and hunt down the same Kulve Taroth.

Balance in the new Siege mode is the same regardless of hunting party size, and SOS Flares will be disabled during the quest – you’ll want to go in with a full-size hunting party.

“As each hunting party collects more tracks and breaks off more parts from attacking Kulve Taroth, they’ll contribute progress to the same Siege,” said Capcom. “This new quest type is designed and balanced for multiplayer, so call up your Squadmates, or join up a dedicated Kulve Taroth lobby, and make sure to coordinate with other hunters if you want to earn the best rewards.”

How to unlock and start the Kulve Taroth Siege Quest

In order to have access to this quest at all you’ll need to polish off Monster Hunter World’s main campaign and push your hunter to Hunter Rank 16. The next step will involve a bit of effort on your part – you need to Gather Kulve Taroth’s Golden Scales, Kulve Taroth’s Tracks, Scattered Gold Chips Old Chipped Fangs in order to track it. This is an Optional Quest you can tackle during expeditions.

As mentioned above, in order to get going on the quest to actually fight Kulve Taroth you’ll first need to get your hands on some of the beast’s scales and also track it in order to get a bead on its location. This is done as an Optional Quest / Expedition, an d is relatively easily done. First, head to the Ancient Forest area of the game on an expedition – this is where you’ll find the necessary clues to track Kulve Taroth.

Start off from the South-Western camp in the Ancient Forest and explore – right near here in the large, open area nearby you should be able to find a Golden Scale on a ledge. Have a bit of a further explore around the Ancient Forest and this immediate area – you’ll find footprints, Old Chipped Fangs and more, everything working to contribute towards your tracking meter for Kulve Taroth. An experienced hunter should be able to max out the tracking meter to completion in one expedition, as there are more than enough clues out in the Ancient Forest for tracking this new beast.

Once the tracking meter is maxed out, head back to Astera – you’ll find pretty quickly that you’re interrupted by the Admiral. He’s got a special assignment for you, and after some nattering about just how dangerous the beast is, you’ll find a new quest to take down Kulve Taroth – also known as “The Mother Goddess of Gold” – but this time, as mentioned, it’s going to be a little bit different. Once the conversation is over, the quest will be accessible under ‘Special Assignments’ on the quest board, but only from Astera’s Gathering Hub.

Up to sixteen players can group up together to take down the beast, though not all at once since that’d probably grind poor Monster Hunter World’s netcode into dust. Instead, you’ll be tasked with staying in the regular groups of four hunters, with those four groups then taking on the beast at the same time. You’ll technically all be fighting the same beast, and it’s part-cooperative, part-competitive in that you’ll want to try to have your group dish out the most damage but the damage dealt is shared by all teams into the greater pot towards the greater objective. Rewards are shared too.

Less than sixteen players can absolutely undertake the mission, but it’s been balanced for a large group in the sense that to get the best rewards you’ll likely need more players, so expect things to be more difficult and less immediately rewarding with less. 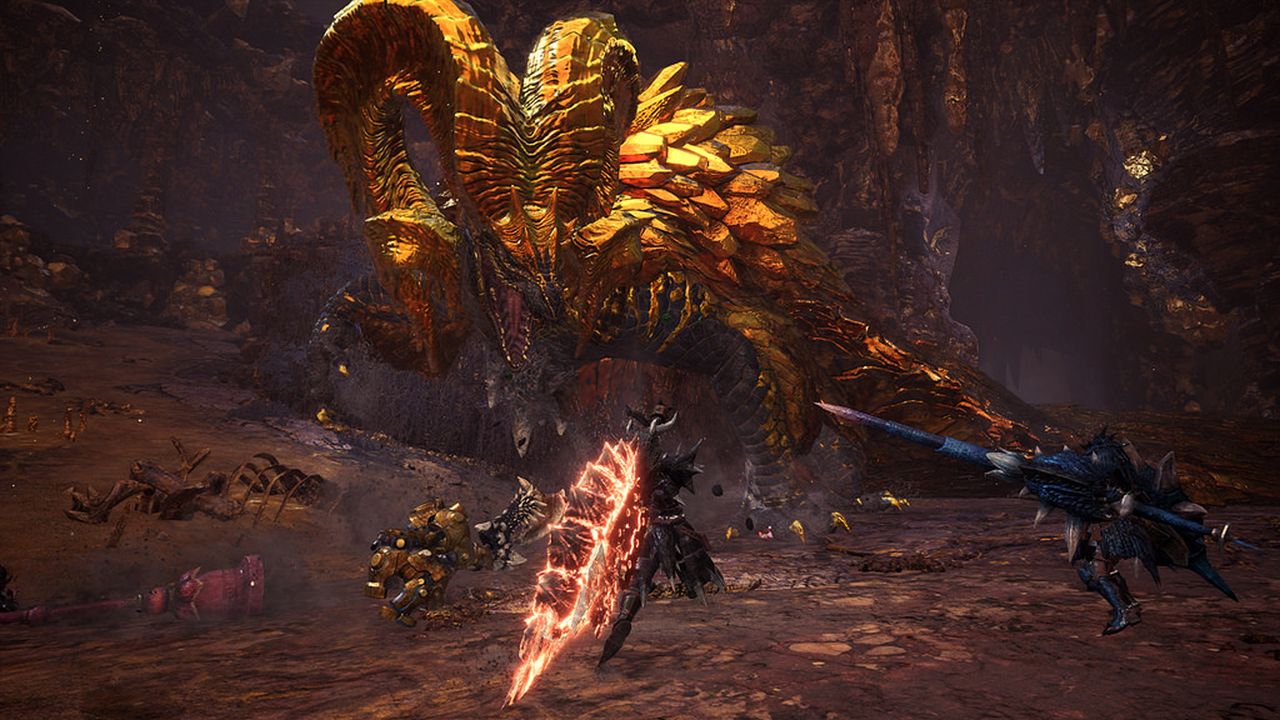 How to fight Kulve Taroth – attacks, weaknesses and more

Once the teams arrive at the caverns of El Dorado, you’ll not have to do much in the way of tracking Kulve Taroth – the enormous Elder Dragon will be right there in front of you as soon as your mission begins. The goal here is to break the horns of the beast before it decides to turn tail and run, and if you manage this you’ll find some hefty new rewards waiting for you at the gathering hub.

Points will be rewarded to teams for any special actions they can perform against Kulve Taroth – so doing things like breaking other body parts or forcing it to retreat to its lair will award you different points that will impact your reward level. The better your points, the higher your chance of getting a rare relic weapon or other top-tier reward.

This is where the sixteen-player aspect of the raid comes into effect most keenly. The player goals are shared across all teams tackling the fight, so if everybody on a server coordinates teams can target specific goals and maximize their points. Doing this can lead to the best possible rewards if you play carefully.

With Kulve Taroth you need to have a good damage output that can manage a strong DPS, and less steady or confident hunters should strongly consider adjusting their focus so that they have a ranged weapon that can keep out of the way of Kulve Taroth’s attacks. Keep an eye out for the elder dragon breathing fire, and a huge body slam attack that’s telegraphed by the creature rearing up onto its hind legs. A look to the side also means it’s preparing to roll over to take down any hunters trying to flank it.

Thanks to the fire breathing and the generally fiery area where the fight takes place, come packing anti-fire items and gear where you can. Once the fight is complete, you’ll have a range of neat rewards to access…

Tackling and defeating Kulve Taroth in Monster Hunter World will net you some unique rewards depending on the reward level you and your allies have achieved, as per the description above.

These basically break down into two categories: Relic Weapons and special Kulve Taroth Armor, as you’d expect. Here’s all about those: 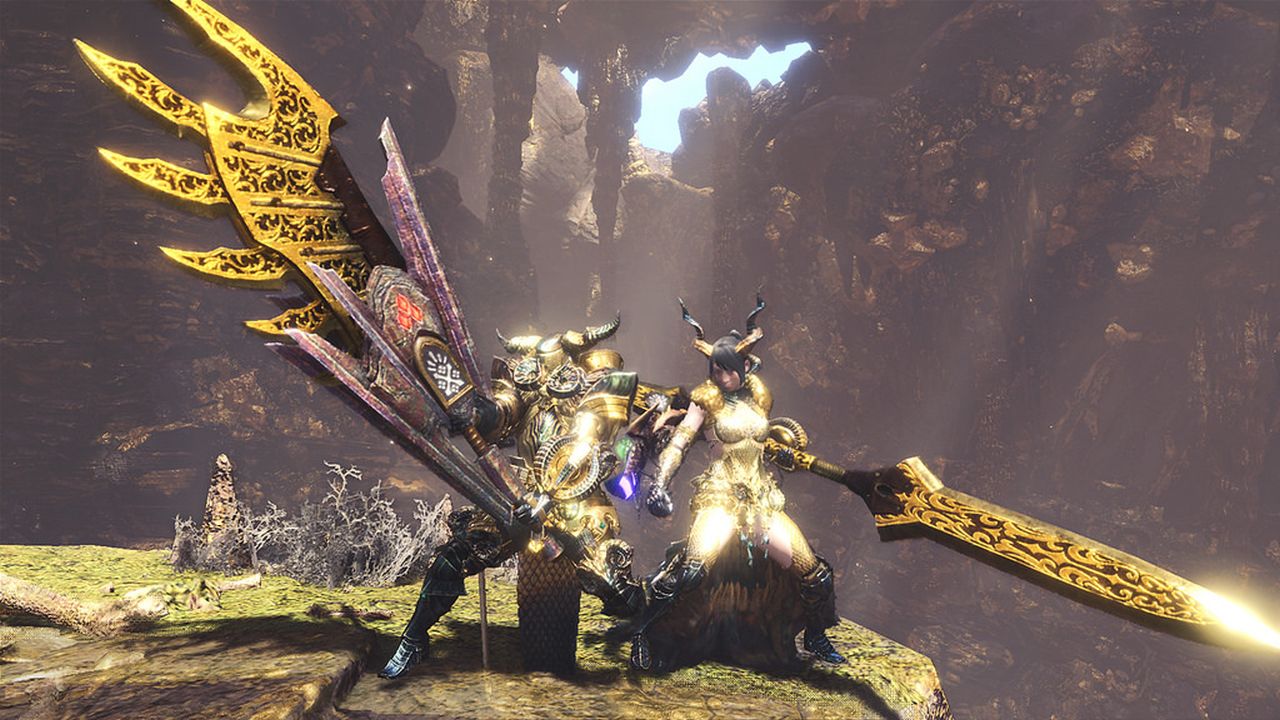 Finishing off the Kulve Taroth Siege mission in Monster Hunter World may reward you with rare relic weapons. You’ll need to take them to the smithy back in Astera to get them appraised in order to find out exactly how good they are – and this is a return to the randomly-generated Relic Weapons in Monster Hunter. They’ve been in the series before, and in Monster Hunter World these potentially powerful weapons are entirely random – they’ll be made of a piece of an existing weapon plus a unique golden part from Kulve Taroth, and their stats will be random.

Once players have gathered enough Kulve Taroth materials they should head over to the Smithy to earn a set of new armor for themselves and their Palico. As with other Monster Hunter World event quests, these materials for the Kulve Taroth Armor take the form of special tickets that can be redeemed. There are both Palico and Hunter armors available.

A brand new Layered Armor Set will be available. It allows players to change the appearance of a favorite armor set. Players should be on the lookout for a special delivery request after taking on their first Kulve Taroth Siege.

The first instance of the Kulve Taroth Siege started on April 18 at 5pm PDT, 8pm EDT, April 19 at 1am BST, alongside the second free content update. It will end on May 3.

Should players miss out on the event, it will return at a later date. If anything from this page is unclear, watch our resident Monster Hunter World expert Arekkz breaks everything down for you in the video at the top of the page.

Other events for April are going on in Monster Hunter World. Be sure to look over the schedule of current and upcoming Challenges Quests for the month.

There’s still time as well to participate in the Spring Blossom Fest which runs through April 19.