A new Adversary mode is live in GTA Online along with the usual double points and funds.

GTA Online players can participate in a new Adversary mode this week called The Vespucci Job.

The new mode tasks players with racing through the streets in the new Weeny Issi Classic, which looks practically identical to a mid to late 60s model Austin Mini Cooper.

As the team tries to blast through checkpoints in a timely manner, a second will be chasing them in police cruisers.

Playing The Vespucci Job between now and April 23 will earn participants double GTA$ & RP. The Weeny Issi Classic can be picked up at Southern San Andreas Super Autos.

Two other machines to get players around Los Santos are also available in GTA Online this week, as previously reported.

Shown off in the video clip below is the Vapid Flash GT Sports car. This customizable hatchback is now available at Legendary Motorsport.

Those who prefer to fly above the chaos can pick up the Sea Sparrow chopper. It’s a miniature helicopter with optional Machine Gun and Missile upgrades available from Elitas Travel.

In addition to Double GTA$ and RP rewards on The Vespucci Job, Bodyguards and Associates will also earn double salaries from now through April 23.

There’s also a rather smokin’ event going on this week on April 20. That’s right: it’s 4/20, baby so fire it up. GTA Online players who login during Sticky Icky Day can take advantage of weed business bonuses for that day only.

Players can take 50% off Weed Business and upgrades, earn 50% more on weed sales, and green tire smoke is 50% off. 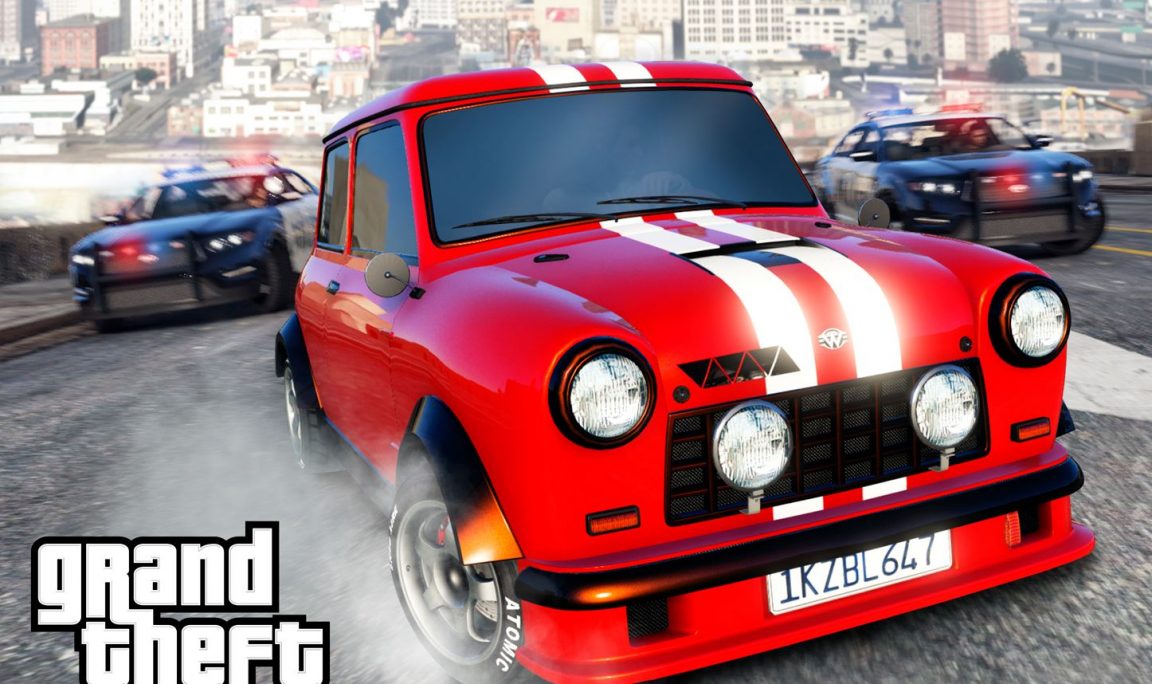 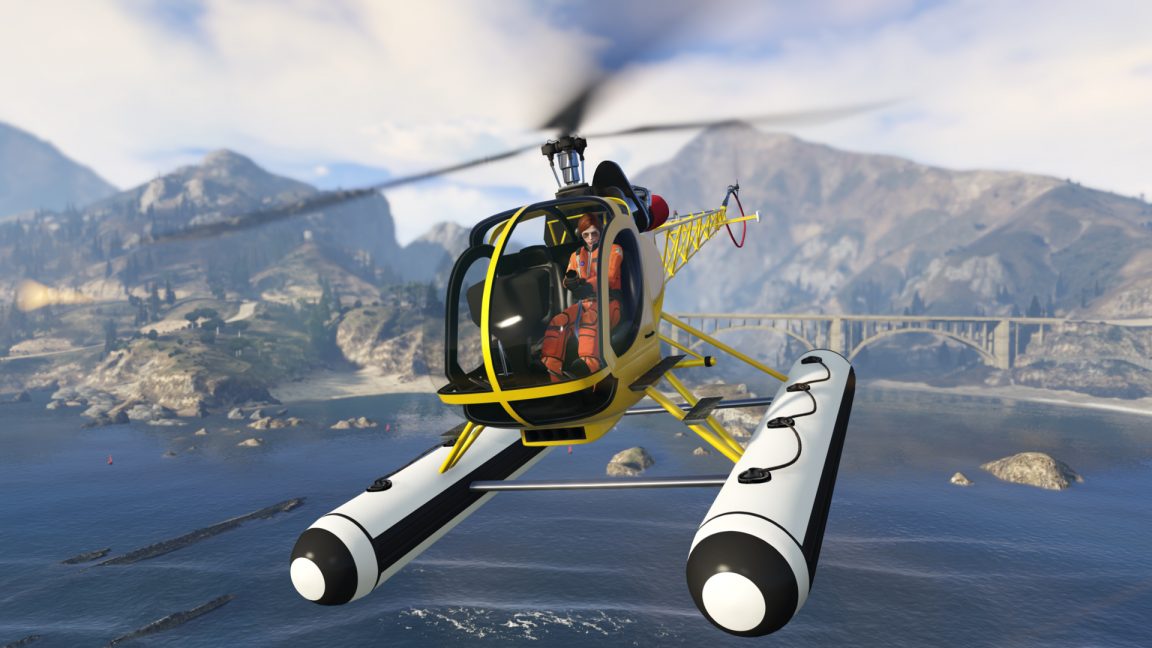 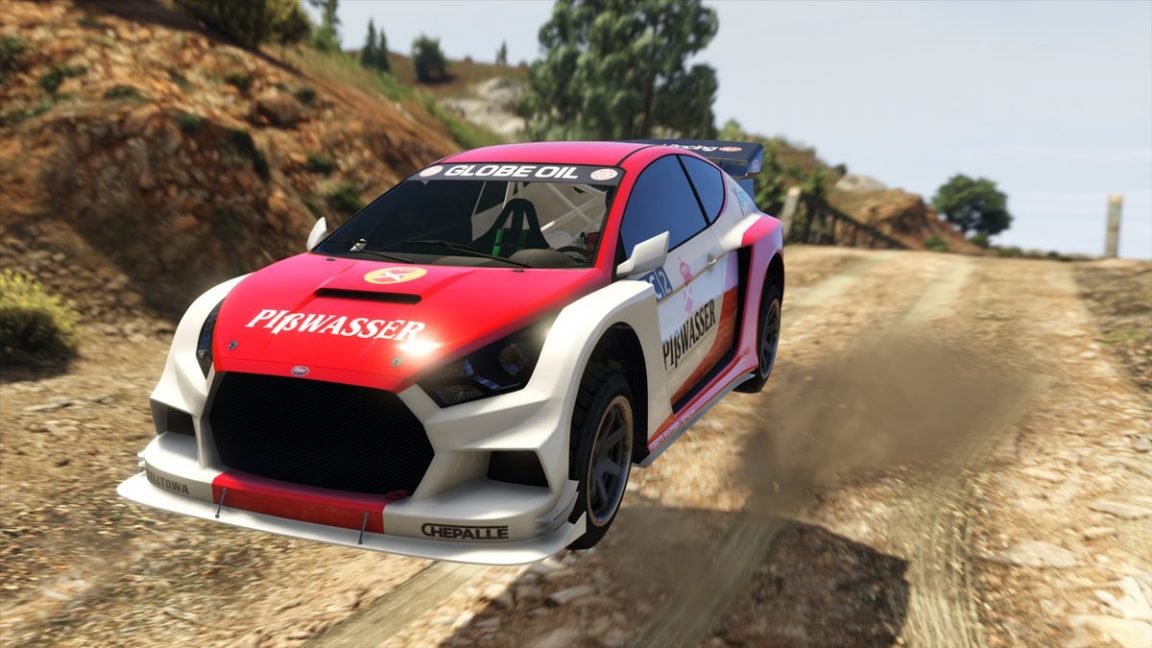 The Premium Race this week is In the City and locked to Sports. The Time Trial is Mount Gordo.

General discounts available this week in GTA Online are posted below. 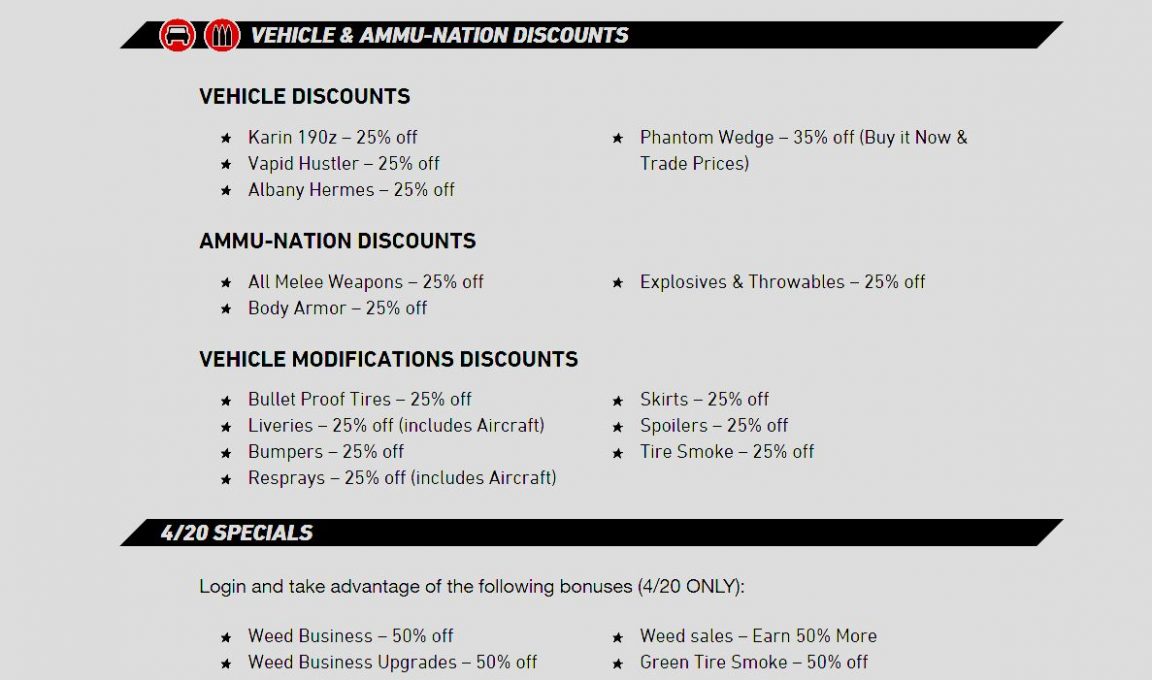