PlayUnknown’s Battlegrounds will run a second Codename: Savage playtest in a few hours – here’s what to expect.

PlayUnknown’s Battlegrounds rolled out a beta test for the 4x4km Savage map last week, and while it was entertaining, it left something to be desired. The good news is PUBG Corp is rolling out Round 2 of testing within mere hours, complete with a set of patch notes on what’s been changed.

By the way, if you’re interested in trying Codename: Savage for yourself? You’d better grab a sign-up key while you can! 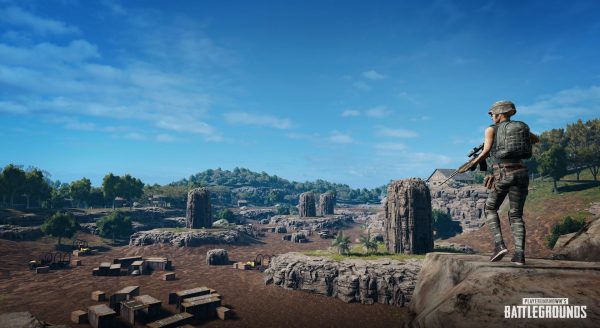 Codename: Savage will be appearing on PUBG’s Closed Experimental Server later today. The most important consideration is the testing window – if you get a PUBG Savage key, you’ll have a 48-hour period during which to claim and play the new map:

PUBG has also patched a few features of Codename: Savage itself. The redzone’s size and duration have both increased, while the bluezone will calculate and adjust its waiting time based on the number of players left alive.

In terms of content, three new areas have been added to the map. Banyan Grove and the Abandonded Quarry are located in the middle of the island, while a dock can be found to the southeast.

Among other fixes, dynamic weather will change in real-time across the map, while blood effects have been adjusted to not block the player’s vision. You can read the full change list here.

The final version of Codename: Savage won’t be ready for another few months, so if you’re a PC players now’s the time to dive in.