Street Fighter 5 Arcade Edition will get its latest DLC character next week, Capcom has announced.

The latest addition to the cast is Falke, and she’s the third of six characters that’ll launch this year as part of ‘Season 3’ of Street Fighter 5’s content. This year we already saw classic characters Sakura and Blanka join the fray – now we’re getting somebody all new with Falke.

In story-terms, Falke was built to be a potential clone body for M. Bison – making her entry to the world of Street Fighter similar to the likes of Cammy and Abel. After being experimented on by Shadaloo she’s come out of the process with powerful fighting techniques and of course the ability to use M. Bison’s famed psycho power energy. Her weapon of choice is a staff.

In the current lore, she’s working with last year’s newcomer Ed, and is no longer under Shadaloo’s control but appears to be forming a new ‘Neo Shadaloo’ style organization all of their own. Her outfit, move set and even her button-only easy input method for special moves are all similar to Ed’s. Take a look at Falke in action in the video above, which shows off her move set, some combos, two costumes and both V-Triggers. You can learn more about her move set over on Capcom Unity. 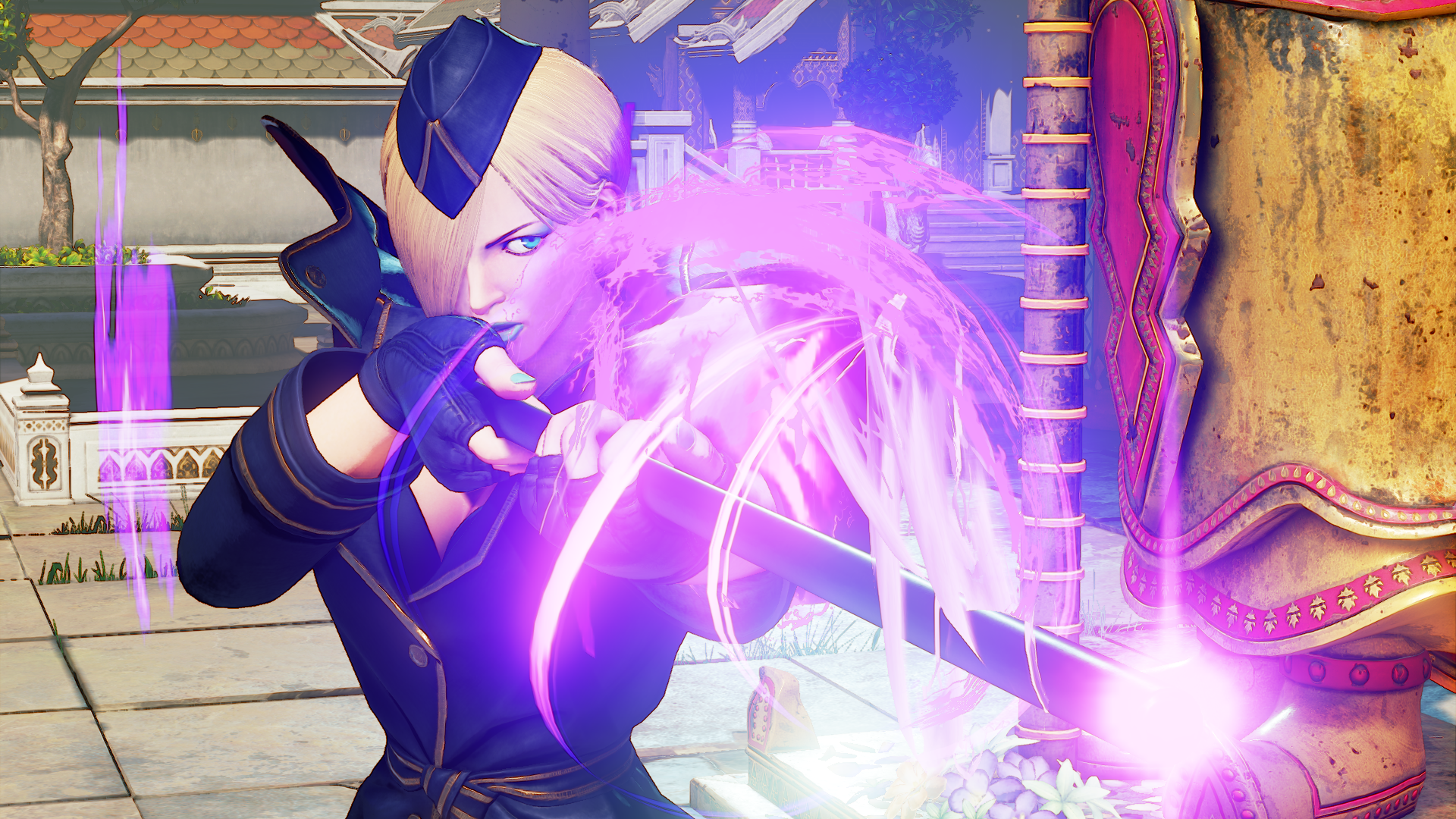 As with all Street Fighter 5 DLC characters, Falke is available three ways: as part of the $29.99 season pass where she comes alongside Sakura, Blanka, Cody, Sagat and one final newcomer G, $5.99 individually or as an stand-alone purchase using the Street Fighter 5 Fight Money system, an in-game currency that lets you earn characters, stages and other additional content for free. In the latter free way she’ll set you back 100,000 Fight Money.

Falke will also have two additional costumes on day-one, a bad-ass all black leather look for her Battle Costume and an interesting barefoot, headband-clad Story Costume. Falke will be available in a little over a week on April 24.

To be honest Falke joins Ed in not looking quite as interesting as some of the other recent new character additions, especially the gigantic Abigail and extremely technical Menat, but her staff seems to give her some interesting new options all the same. If she’s not your cup of tea, consider looking into Street Fighter 5 Mysterious Mod, a unique fan mod that looks to completely turn how SF5 plays upside down.