Of all the reasons for a company to skip E3 2018, THQ Nordic’s is probably one of the best: beer and football.

No, we’re not being snarky. Beer is important. And when and where you drink it is even more important. THQ Noric agrees, especially when the FIFA World Cup is involved.

Yesterday, THQ Nordic announced it will not have a presence at E3 2018, as it’s opting to stay home and watch the 2018 FIFA World Cup.

This means we won’t get a new look at Biomutant, Darksiders 3, Fade to Silence, or any other titles from the company until gamescom in August.

We’ve posted the statement in full from THQ Nordic below, because paraphrasing it would be a bit of a comedic disservice. 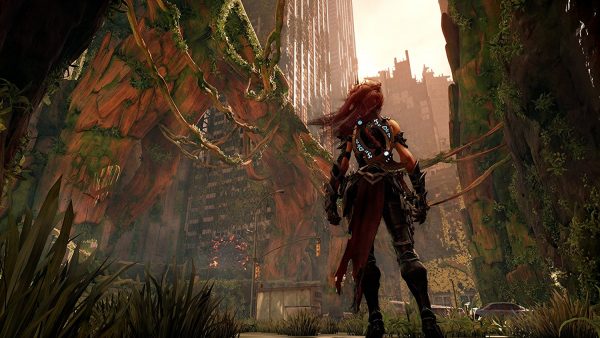 “It is with great regret that we at THQ Nordic must report that we will be unable to miss a single moment of this great sporting event. Therefore, we will be forced to stay in our lovely Viennese beer gardens, blowing the froth off a couple, watching football and one or two cool press conferences on Twitch (looking at you, Devolver) instead of rocking it ourselves.

“We have to admit, we are going to miss our 9 AM pint of beer in the Ye Olde King’s Head Pub in Santa Monica, where they show all matches live, but with the World Cup being held in Russia, it would mean a 7 AM beer – that’s too early, even for Austrians, let alone the Swedes.

“We are looking forward to presenting all our great upcoming games like Darksiders 3, Biomutant, Fade to Silence or Wreckfest and even some unannounced titles for the first time at gamescom in Cologne, Germany and shortly after at PAX West in Seattle.”

A new look at Biomutant at gamescom is rather fitting considering that’s where it was announced last year. Still, it would have been great to get a look a bit earlier – same goes for Darksiders 3. Both are out sometime this year.

Until August then, we reckon. Gamescom 2018 takes place August 21-25. Dates for PAX West have yet to be confirmed, but it usually takes place on Labor Day weekend, which is August 31- September 2.