Mega Man X Legacy Collection 1 and 2 will be released on PC and consoles this summer.

The collections feature a new X Challenge mode which pits players against boss characters from the eight titles. These bosses will team up together against the player.

Both collections feature optional smoothing and CRT filters, or they can be played in original resolution. Players can switch to full screen while preserving the aspect ratio, or switch to widescreen mode.

The 3D models of Mega Man X7 and X8 will feature improved visuals for modern consoles. 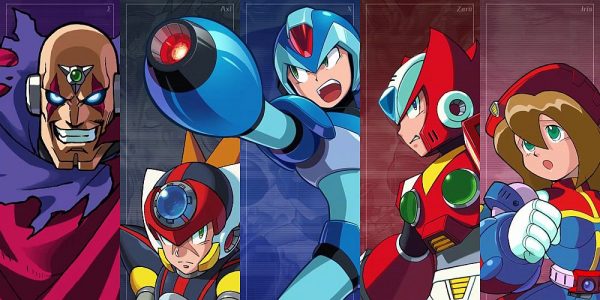 Both Mega Man X collections contain a disc for PlayStation 4 and Xbox One. Nintendo Switch versions will include a cartridge with the first collection and a digital download voucher for the second collection.

Included with both collections is The Day of Sigma, a video originally included with Maverick Hunter X. It explores the origins of series antagonist Sigma and the rise of Mavericks. Viewers will also be privy to the events leading up to Mega Man X.

Both collections also come with the full soundtrack for all four games included in each Mega Man X Collection. Included are new tracks specific to Mega Man X Legacy Collection 1 and 2.

If you can’t wait that long, there’s always the Mega Man Legacy Collection 1 and 2, coming to Nintendo Switch on May 22 and available now for PC, PS4, and Xbox One.