Fight! Fight! FIGHT! The two big battle royale sensations are now available on mobile devices, and in general, both do a commendable job of condensing the console and PC experience down into something that can fit in your pocket or be played on the bus.

There can only be one winner, though. To find out which survival shooter is king, we’re pitting PUBG Mobile and Fortnite Mobile against each other, in categories spanning gameplay, visuals, performance, and microtransactions, to see which battler is best.

Get ready for one hell of a survivalist scrap… 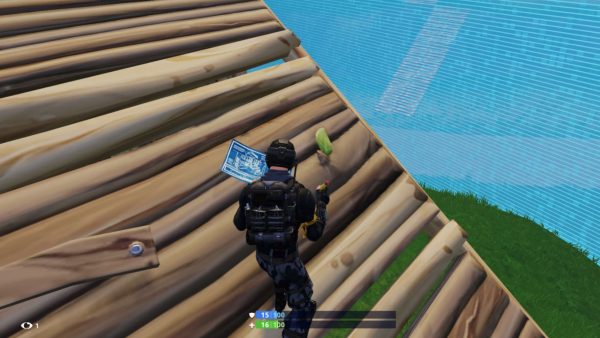 100 players enter, one leaves. When it comes right down to the core, PUBG and Fortnite are indecipherable shades of grey.

While the basic ‘outlast 99 other players’ concept intrinsically links both games, there are some key differences between the two battle royale rivals. The biggie? Building vs vehicles.

In Fortnite, you chop down various wooden, brick, and metal structures to forage supplies, then erect impromptu barricades and other structures in an effort to keep you safe from rivals’ bullets. Skilled players can achieve impressive feats with these constructible objects – like combining ramps to reach otherwise inaccessible areas. Building adds a welcome tactical layer to Fortnite, and constructing a fortress then cowering behind multiple barricades is as valid a tactic as trying to aggressively outgun rivals.

In PUBG, the main feature that separates it from Epic’s brand of cartoon carnage is the presence of vehicles. Cars, vans, bikes, and even boats all appear in Battlegrounds, and the touchscreen controls for each handle surprisingly well. Vehicles aren’t just handy for travelling large distances in a hurry – especially useful when the Red Zone is closing in, making the play area progressively smaller – they’re also handy weapons. I’ve seen several matches end with one player splattering the other under the wheels of a beat-up van.

As similar as the core gameplay loops are, when it comes to the mobile versions, I definitely prefer how PUBG handles. Moving around the environment, opening doors, and vaulting through windows feels more assured and precise in Battlegrounds, and I feel a good deal more comfortable steering my survivor about than I do in Fortnite. 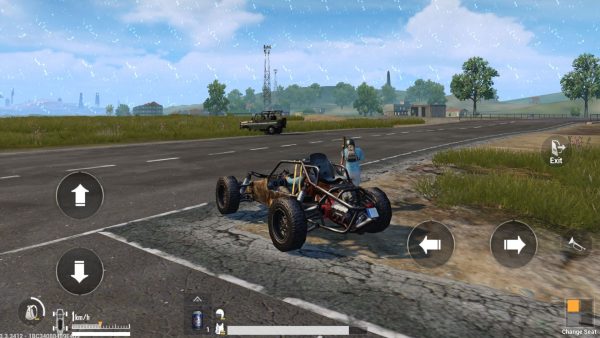 Aiming weapons is also a darned sight easier in PUBG Mobile, thanks to a generous aim-assist that makes lining up enemies in your sights a relative doddle. By comparison, I really struggle to consistently hit players in Fortnite, and generally feel the overly jittery touchscreen controls makes shooting folk far more difficult than it should be.

There is a red-faced Dumbo in the corner when it comes to PUBG Mobile: the game is padded with bots … at least when you’re starting out. During your first few matches, you’ll probably trick yourself into thinking you’re an amazing player, after either nabbing a Chicken Dinner or making it down to the last five survivors. Turns out, the game actually fills early matches with bots to ease you into the experience.

In PUBG’s defence, this tactic definitely gave me confidence while I was still learning the controls. Rest assured, by the time you hit level 10, the difficulty soon ramps up, with the human-to-player ratio increasing dramatically. Still, even when I hit level 11 and beyond, I found I was regularly making the top 20 in PUBG Mobile – something I attribute in part to the bot-tastic gentle learning curve. As for Fortnite, the challenge definitely feels sterner, and I’m usually doing well if I make the last 50 players.

Fortnite mobile does have a key weapon under its shooty sleeve, though: it supports cross-platform progress. This means you can carry over your character and rank from the portable edition to the console and PC versions. If you want to feel like every second of that battle royale-heavy commute is furthering your overall progress, this feature means your achievements in Fortnite ultimately build to more/are more meaningful than PUBG mobile, where your progress in the mobile version doesn’t carry over to other platforms.

Despite this, it’s ultimately PUBG Mobile’s more comfortable aiming system, which even supports a decent first-person perspective, that edges it above its rival. 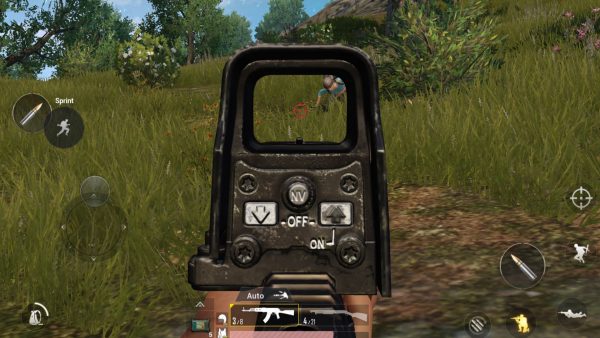 Artistically, whether you prefer Fortnite’s uncluttered cartoon ashtestics or PUBG’s grubbier, yet more detailed visuals really is a matter of personal preference. My Terminator eyes can barely look at Battlegrounds on Xbox, it’s such a fuzzy, dreary mess. Yet on my iPad’s Retina Display, PUBG Mobile looks considerably sharper than the blurry battle royale skirmishes I’ve played on my TV. Pop-up is pretty bad in both mobile versions of these two survival shooters – buildings suddenly materialise alarmingly late when you’re parachuting down to terra firma in PUBG – but once you have boots on the ground it doesn’t really bother me.

To PUBG Mobile’s credit, at least on the high preset, there’s a tonne of foliage you can cower in. The result of all these thickets of tall grass and dense shrubbery is that it’s a whole lot easier to hide in Battlegrounds than it is on Fortnite mobile’s relatively barren island. Hey, don’t judge. Cowardice can be a Chicken Dinner-winning tactic in PUBG. And for that delicious poultry, there’s no level of yellow-bellied wimpiness I won’t stoop to. 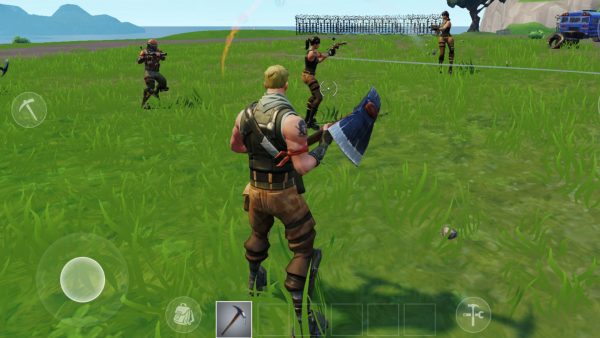 This is a tricky one. Technically, Fortnite is the slightly smoother of the two, but PUBG Mobile gives you more options to tweak performance. If you’ve got a powerful enough device, Battlegrounds will impress. On my 2017 model iPad Pro, Battlegrounds is stable, and more to the point, looks more sophisticated than Fortnite. Considering what a consistently choppy, forever fugly dog’s dinner the console version is on the base Xbox One, the fact Lightspeed & Quantum Studios’ mobile port is no technical slouch shouldn’t be sniffed at.

Both titles target 30fps, and to my frame-obsessed peepers, I rarely noticed any significant dips below that target from either game. My iPad Pro ran both games smoothly, although admittedly, it’s a powerful, horribly expensive piece of kit.

The ever expert technical gurus over at Digital Foundry recently did a deep dive analysis of Fortnite on several iOS devices, and although it found performance sticks closely to 30fps across multiple iPhones, the likes of the iPhone 6 drastically cuts back on lighting and texture quality compared to the iPhone X in ensure a stable frame rate. 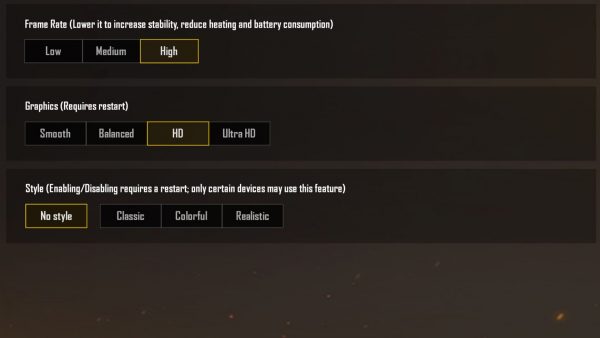 Unlike its rival, Fortnite doesn’t give you the option to choose between specific graphical presets, and the only visual setting you can tweak is turning peripheral lighting on or off. That said, Epic’s developers are such ludicrously gifted technical wizards, the game cleverly adapts to your level of device to produce smooth shootouts regardless.

To PUBG’s credit, it gives you multiple options to pare back settings if your device is struggling. When you first boot up the game, it detects your hardware level, then chooses between a low, medium and high preset depending on the strength of your device – my Apple-endorsed tablet ran the latter setting without issue.

Additionally, PUBG Mobile’s menu has multiple settings that relate to frame rate and graphics. For me, running the game at the high fps setting produced stable performance, though the game is up front that upping this parameter increases battery usage. And hoo-boy if this isn’t an understatement: my first six matches of PUBG took my iPad down from 93% to 17%. Ouch. I also set graphics to HD (rather than Smooth, Balanced or Ultra HD), and found this produced a good balance between decent visuals and stable performance.

If you don’t want to go through the hassle of trial-and-error tweaking, Fortnite mobile offers an automatically smoother experience regardless of the device, requiring no menu fiddling. Still, with a powerful tablet, PUBG Mobile can bizarrely run rings around its console sibling. 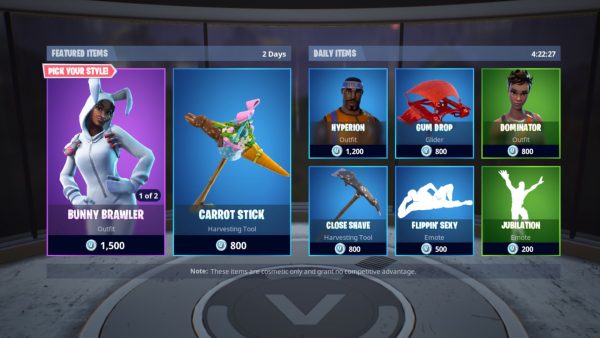 While both PUBG Mobile and Fortnite Mobile are free-to-play, they do contain microtransactions – try not to drop that monocle into your tumbler of port in shock. The key difference here is that, in Fortnite, you have to part with actual human money to buy cosmetic items, such as skins and emotes, with a currency Epic calls V-Bucks.

Conversely, PUBG’s items can only be unlocked via loot crates that are paid with by Battle Points: a free in-game currency that’s rewarded for playing matches. For context, the average crate usually costs around 700BP, or 1400 if you choose to open another one straight away.

Microtransactions may be about as popular as a deep-fried panda burger on an otherwise all vegan menu, but at least neither battle royale can be accused of pay-to-win practices. The items you buy in both are purely cosmetic, and have no bearing on how you’ll fair in matches. 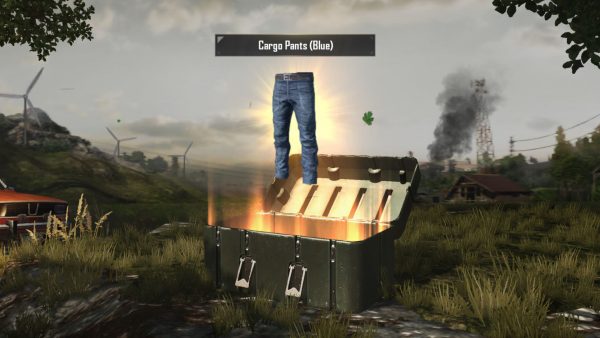 Of course, the very fact PUBG Mobile has no paid microtransactions automatically makes it the default winner. For context, 1,000 V-Bucks in Fortnite will cost you £9.99, and 6,000 a whopping £54.99 – an average character costume usually weighs in at between 800-1500 V-Bucks.

If you’d rather not part with a single penny for the privilege of wearing unnecessary virtual clobber, there’s only one victor here. 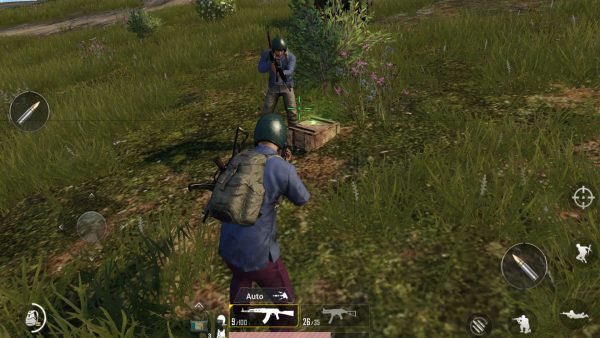 This really isn’t the outcome I was expecting. Believe it or not, I actually like Fortnite a whole lot more than PUBG when it comes to the two consoles versions. But with the mobile ports, I genuinely prefer Battlegrounds.

Ultimately, what tips this face-off in PUBG’s favour is its more assured controls and less jittery aiming. But make no mistake: both Fortnite mobile and PUBG Mobile are two of the best conversions to grace portable platforms in years.