Street Fighter 5 will get a major balance update today – significant because this is a ‘mid season’ update, a patch to the game that adjusts character balance that’s happening during the ongoing Capcom Pro Tour esports season. Typically patches drop between seasons in order to give pro players time to adjust.

The update also adds three new costumes to the in-game store, each celebrating Darkstalkers, the classic monster-based 2D fighting game Capcom released to arcades and later to consoles back in the 90s. These three cross-over costumes are for Juri, Urien and Menat, and let them dress up as different Darkstalkers characters – Lilith for Juri, Khaibit for Menat and Donovan for Urien. They look pretty cool: 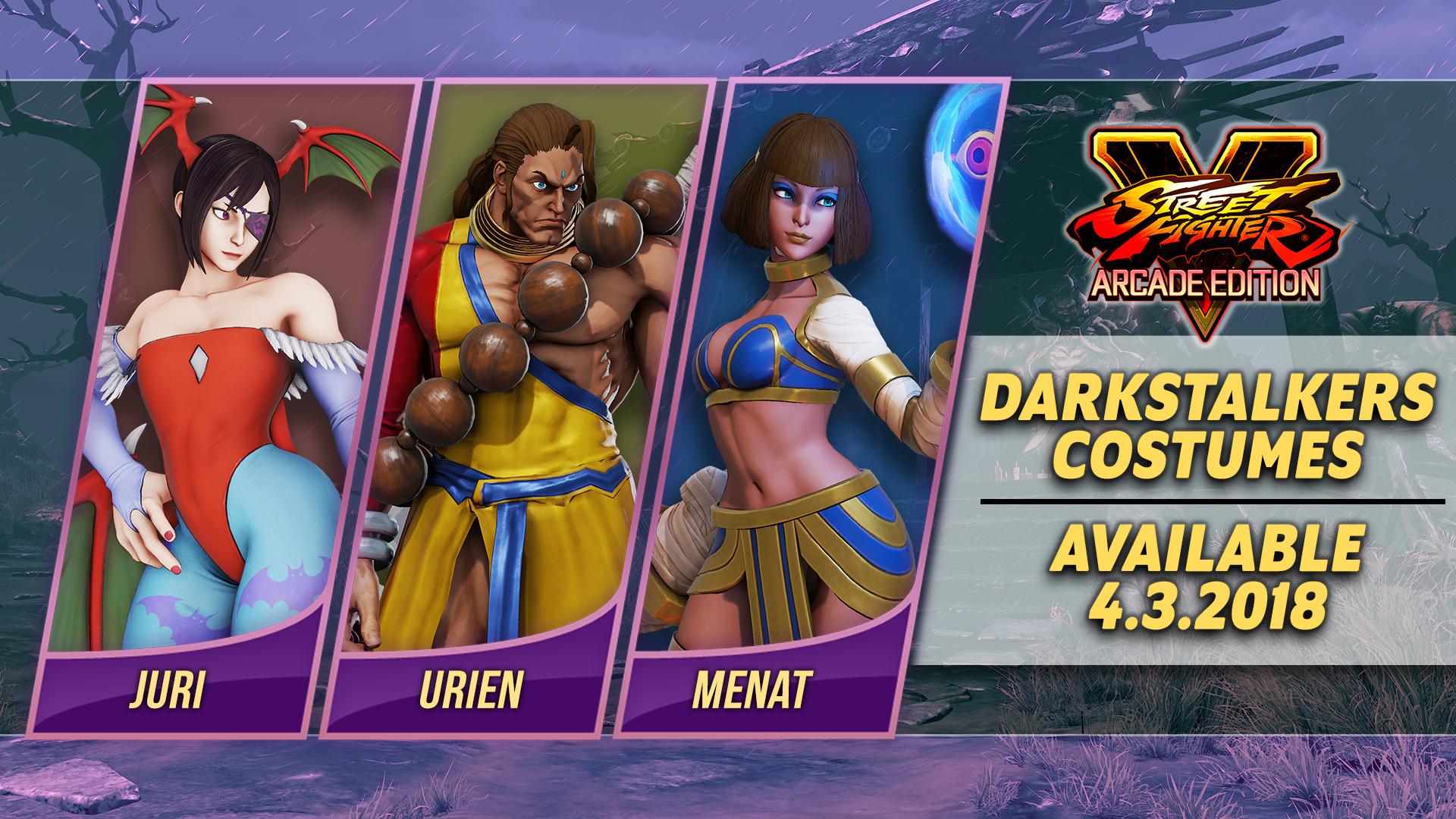 Given there’s no Morrigan costume for Chun-Li yet, it seems a safe bet that there’ll be more Darkstalkers costumes to come. The costumes will be available for $3.99 each, and are one of the few items not attainable with in-game fight money.

They follow some other, free Capcom cross-over costumes including a Captain Commando costume and Monster Hunter gear and music, though those aren’t for sale. They’re instead earned via the game’s Extra Battle mode, where you wager SF5’s Fight Money in challenging battles for unique rewards.

The patch notes are pretty significant, also. Season 3 kicked off earlier in the year, but SF5 Arcade Edition also added new moves and made other big changes to every character. Many of these changes relate to Capcom rebalancing certain new mechanics now they’ve seen how players at all levels are using them. I’m stunned, as my already-pretty-good main Cammy has received a few buffs, but not every character is so lucky.

Here’s the Street Fighter 5 Season 3 Patch Notes for general changes – stuff that impacts the game system at a core level or every character in the game in some way:

If you want detailed changes for every character in the game right down to how move speed, damage, range, combo potential and stun has been adjusted for each character, hit up the Capcom Unity blog for the full, extensive list.

The SF5 servers will go offline from 11am until 5pm Pacific time today, April 3rd. When the servers come back up the balance update and new costumes will be available.