Twitch is expanding its free content for Fortnite, adding new items to the Fortnite Twitch Prime Pack throughout April.

From tomorrow, the exclusive Battle Royale Instigator Pickaxe will be added to the pack, which first went live earlier this month.

Over the coming weeks Twitch has promised more free loot for Prime Members, although it hasn’t revealed if that includes new outfits or content that can be used in Save the World as well as Battle Royale.

If you already have the Fortnite Twitch Prime Pack you’ll see the new Instigator Pickaxe in the inventory on Thursday, March 29. If you’re yet to claim the pack just follow these instructions and you’ll be gifted two new outfits and a special glider. 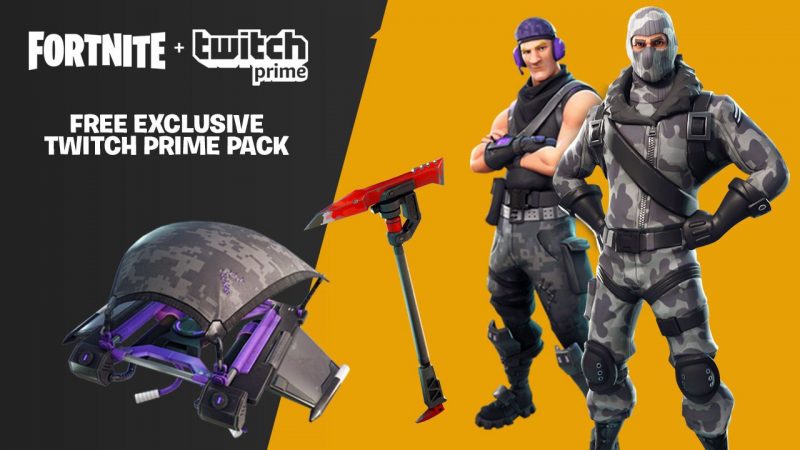 Fortnite is due to get a new weapon, the guided missile, added to the battle royale shooter “soon”. Tomorrow, Week 6 challenges begin, offering up seven more chances to earn extra Battle Stars and XP if you’re a Battle Pass subscriber.

There’s still time to complete Week 5 Challenges if you haven’t already done so, including following the treasure map in Anarchy Acres and visiting three gas stations during the same match. Get busy!