Rare recently announced that a death tax would be coming to Sea of Thieves, robbing you of gold upon death.

Due to fan feedback, the UK-based developer has now reversed this decision.

“One piece of additional feedback we’ve seen is around a proposed change listed in our release notes last week, and we’ve heard the sentiment there, so I can confirm that Death Cost is, well, dead,” Rare said in an announcement. “Thanks for the feedback here. We’re listening.”

As well as cancelling that idea, Rare says it is looking to implement more changes to prevent griefing.

Currently, there is an issue in-game with crews spawn camping others – killing a ship’s crew, waiting for them to respawn and doing it again, over and over. 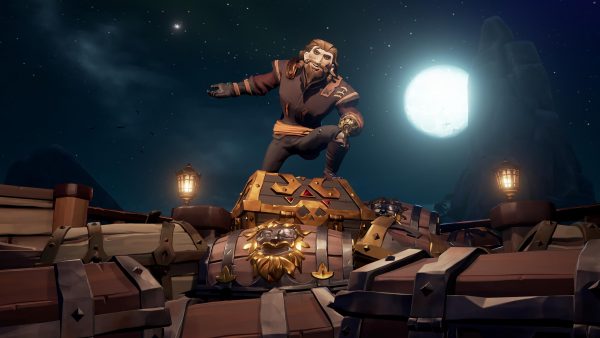 “We are tracking sentiment and the top feedback issues on the game experience itself, and we are very aware of the topic of persistent player griefing (repeatedly being attacked by the same ships or players),” Rare said.

“We are discussing what short-term fixes we can make, and what slightly more involved fixes we will prioritise. We will share an update on this and the other top feedback points and our thoughts on them later this week.”

Sea of Thieves might have got off to a rocky start, but Rare’s piratical adventure game topped the UK charts this week, proving there’s an appetite for a sandbox adventure game on the high seas.

If you’re still on the fence about it, have a read of the VG247 Sea of Thieves review.

If you’re already deep into the game, you might want to read our article on the Sea of Thieves Mysterious Stranger.