Dota Plus costs players $3.99 per month, with discounts available for those who sign up for six or 12 months. It is billed as a replacement for the Battle Pass.

Where the Battle Pass – which helped fund the biggest Dota 2 esports tournaments – was only available at certain times, this will be available all year round.

When Plus is active, players can earn a new currency called Shards during each match. These level up heroes and unlock rewards.

“Whether you enjoy a wide variety of heroes, or play hundreds of games with just one or two, every game with a hero now earns you XP towards that hero’s level progress,” Valve explained on the Dota 2 website.

“As your hero level advances, you’ll unlock new tiers of hero level badges. Each level grants Reward Shards, and each tier grants new Hero Chat Wheel responses. Just play a single game with a hero to unlock the first of your progression rewards.” 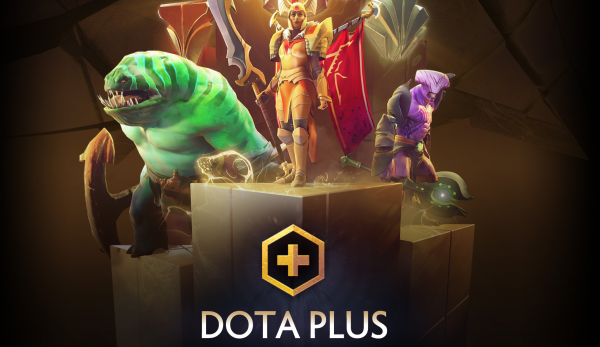 On top of that, there are new challenges and a personal helper called the Plus Assistant.

The Plus Assistant uses data collected from millions of games and gives player suggestions as to what they should do in any given moment. Essentially, it’s like being helped out by some all-knowing AI.

“Plus Assistant offers real-time item and ability suggestions – generated from data gathered across millions of recent games at each skill bracket – to keep you up-to-date on the latest trends,” Valve explained.

“Whether you need advice on which hero best fits a draft, or aren’t sure what to build after securing that coveted Blink Dagger, Plus Assistant is in your corner.”

Additionally, Dota Plus gives players access to a host of analysis tools and graphs once matches are completed.

Naturally, the community is concerned. Not only are they a bit miffed that paying customers will have a tangible advantage, but people are also worried that the new challenges will disrupt games. Players will have their own objectives outside of what the team needs to do to win, after all.