What are you doing, Kyle?

The South Park gang will make their way onto Nintendo Switch next month when South Park: The Fractured But Whole is released.

In addition to the main game, the Nintendo Direct presentation this evening announced all of the game’s add-on content will be available for purchase.

The first two pieces of add-on content, Danger Deck and From Dusk Till Casa Bonita, will be available for purchase either separately or as part of the Season Pass. The latter DLC releases for PC, PS4 and Xbox One on March 20.

The third piece of add-on content, Bring the Crunch, will also come to Switch when it releases this summer. 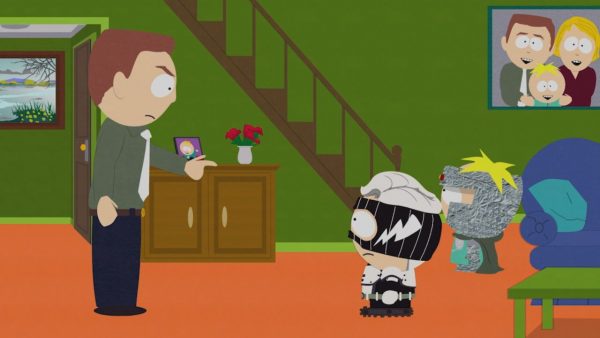 In Danger Deck, players are teleported to never-before-seen areas of South Park to fight enemy encounters crafted by the Freedom Pals.

From Dusk Till Casa Bonita features the new Netherborn class, and Henrietta the Goth as a fighting buddy.

South Park: The Fractured But Whole releases for Nintendo Switch on April 24.