Horizon Zero Dawn players have been on a killing and collecting spree in the game.

Horizon Zero Dawn was released one year ago on February 28 and has moved 7.6 million copies worldwide.

In keeping with figures in the millions, according to an infographic released by Guerrilla Games, Horizon Zero Dawn players have killed 18.2 million Thunderjaw kills.

They have also dispatched 15.9 million Bellowbacks, and 20.9 million Sawtooth.

One of the biggest figures pertains to Shards: 194 billion have been collected so far.

There are plenty of other fun bits of math posted in the Horizon Zero Dawn infographic below. Give it look to see how you may have contributed. 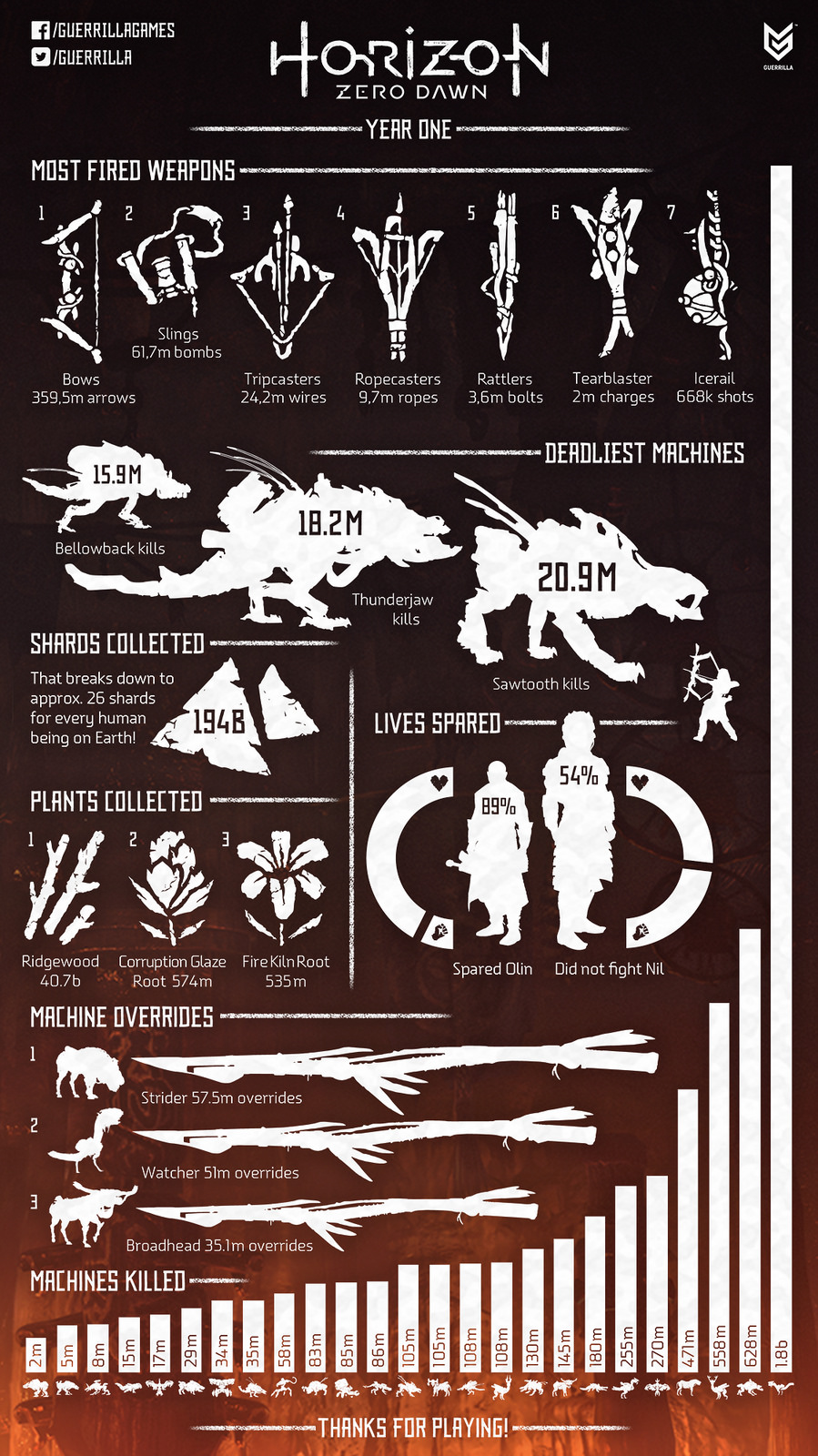