How to make sure Noctis gets all of his inheritance.

Final Fantasy 15’s main story introduces you to the concept of Royal Arms, powerful weapons that once beloved to the long-dead kings of Lucis. Across the course of the story you’ll be given a few in a compulsory story-driven manner, but there’s actually far more than the game points you to out there for you to find in the world, and with the new types of ‘Armiger’ skill available in FF15 Royal Edition and the PC’s Windows Edition it’s well worth chasing these special weapons down.

Finding the royal arms powers up Noctis’ Armiger special ability but also allows him to use these powerful weapons in combat – albeit sparingly, since using Royal Arms drains your HP.

Given that some of these are hidden away, we’ve listed where all of the Royal Arms in the game can be found below to make hunting them down easier. That includes details on when and where you grab the story ones – so be aware there are mild spoilers here.

Each of the Royal Arms belonged to an ancient king of Lucis, and each has its own theme going on depending on the tastes of the king in question in battle. Here’s how to find them all across FF15’s sprawling world. Be warned some require you to be in certain chapters to grab: 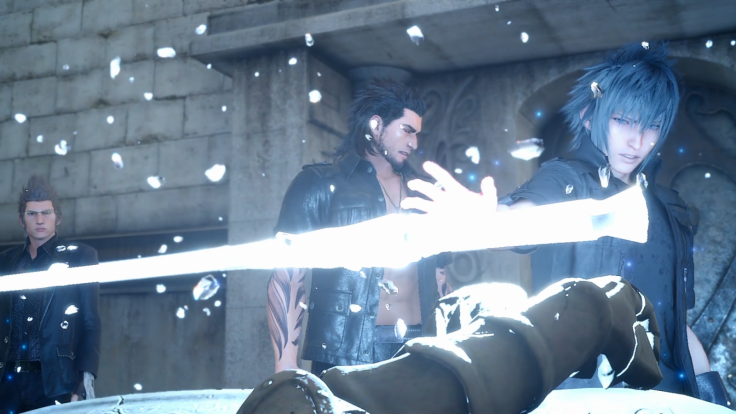 All of the arms you find listed below are found in the course of the main story. If you want the non-story, optional arms that are hidden away, keep on scrolling…

Sword of the Wise Location

The sword of the wise is found, quite appropriately, in the Tomb of the Wise. You’ll visit this tomb in Chapter 2 of the main story as part of the quest Legacy.

Cor, the Marshall, will help guide you towards it to get you started on your mission.

Axe of the Conqueror Location

The Axe of the Conqueror will be your second Royal Arm if you like it or not – this too is gifted to you as part of the main progression immediately after the Sword of the Wise.

The quest Power of Kings will trigger and it’ll be Cor again who’ll point you in the right direction. That’ll prod you to the Keycatrich Trench, and the axe is inside at the very end.

Swords of the Wanderer Location

Yet another story-compulsory sword here, this one triggers in the quest The Sword in the Waterfall in Chapter 3. It’ll require you to venture into the Glacial Grotto dungeon which is, fittingly, behind a waterfall.

I tried to enter this dungeon at night and struggled. It’s hard to locate the entrance when it’s dark, so: go in the daytime. There’s a path to the right of the waterfall that leads you towards the dungeon.

Blade of the Mystic Location

The Blade of the Mystic is found during the Chapter 4 quest The Archaean – it’s compulsory that you get your grubby mitts on it as part of the quest that introduces Titan. Simple. This is a pretty powerful one, too.

Katana of the Warrior Location

It’s a while before you gain your next story-driven Royal Arm, and that is the Katana of the Warrior. There’s a nasty dungeon which has a rather depressing story beat throughout – it’s found there.

As a pro tip, when you fight the Malboro and it asks you to retreat look out for a very poorly-signposted waypoint – that’s where you need to make your way to. once the battle’s done, you’ll get the Katana.

Trident of the Oracle Location

A few chapters after your tangle with the Malboro you’ll have your train journey stopped for the quest Breath of the Glacian. There’s a boss battle here, and everything is pretty clear-cut – defeat the boss, get the trident. One more compulsory arm to go…

Sword of the Father Location

Chapter 13 is a pretty linear affair, and as you progress through its labyrinthine and sometimes frustrating corridors you will eventually come across the Sword of the Father – and be very grateful you did so. This is the final story-gifted royal arm. 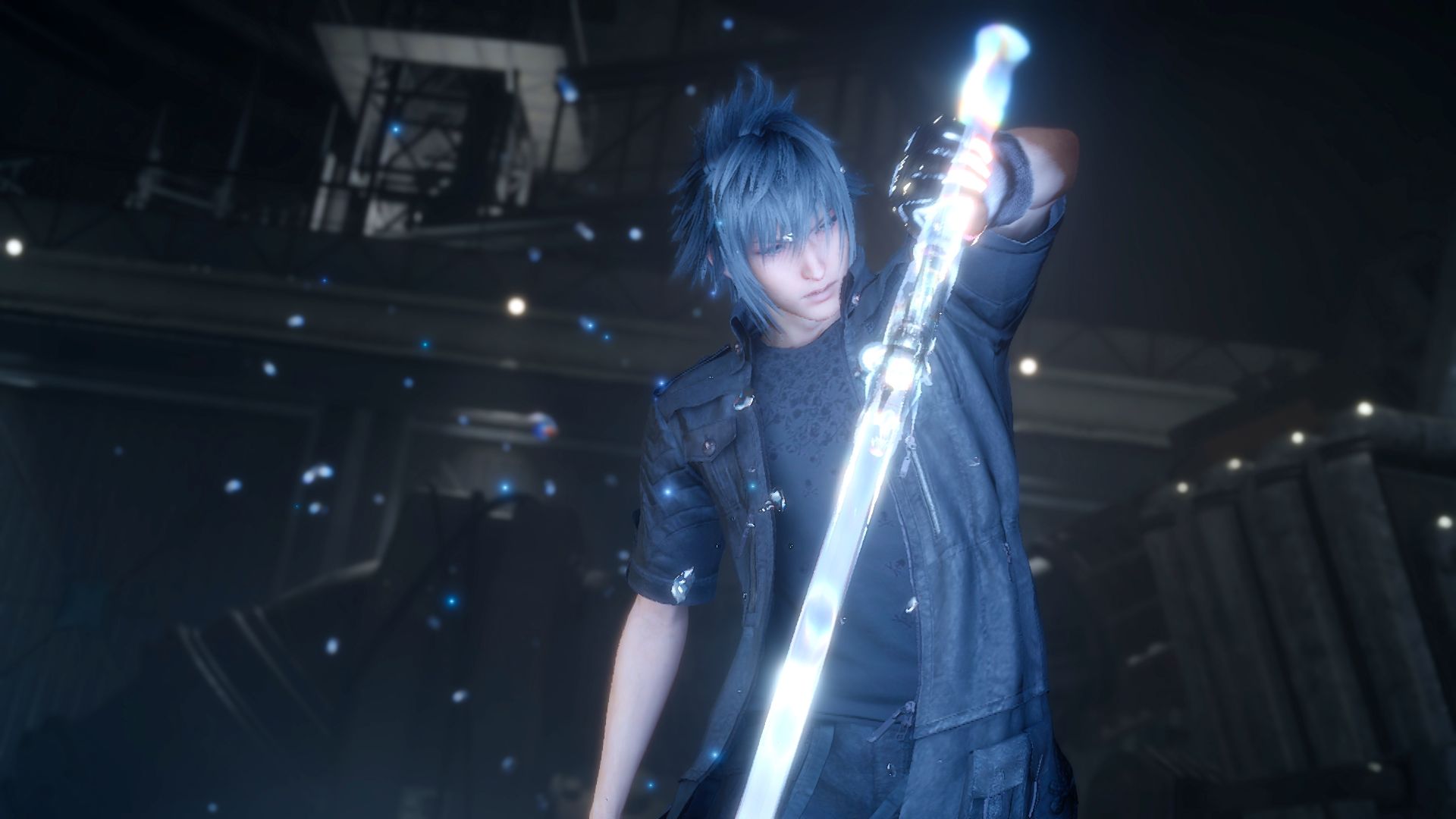 Right. We’ve done the story-driven Royal Arms. Listed below you’ll find the other arms. Some of these are exceptionally powerful, and collecting them all will max out the effectiveness of your Armiger ability, which will make it powerful indeed. Have at it:

Star of the Rogue Location

This one is pretty cool, since it’s not just another standard sword-type weapon. It’s located in the Myrlwood Dungeon – that’s south-west of Vesperpool, way in the North.

Head through this monster-filled dungeon and kill the boss at the end to nab this sword.

Shield of the Just Location

In order to grab the shield, head just west of the Disc. There’s an area called Thommel’s Glade, and the tomb is in this area ready to be opened.

Scepter of the Pious Location

Sadly how easy the shield was to grab was something of an outlier, since the Scepter of the Pious is found inside a dungeon again. This dungeon is Malmalam Thicket, and is in the south-west, quite near the volcano dungeon where you find the mace of the fierce.

Follow the dungeon to its conclusion and you’ll find an optional boss battle against a large beast at the end of it. Your reward will be access to the tomb and the Scepter.

Bow of the Clever Location

The Bow of the Clever hasn’t yet been looted from the Tomb of Clever, and said tomb is found within Leide’s Balouve Mines optional dungeon. You can find the entrance to the minds in the far east of the map, south from Hammerhead and the like in the desert area.

It’s hard to miss the mine entrance since there are mine rails and the like outside it that lead inside. Be aware that it’s possible to cheese its level 50 boss with ranged attacks from a ledge – so consider abusing that to get this arm early.

Mace of the Fierce Location

In the far south-west of the Lucis open-world game map is a volcano. Climbing that volcano forms the dungeon of The Rock of Ravatogh. At the end of this dungeon there’s a wide open area after a nest with some eggs in it.

Drop down into this area and hug the right wall. You’ll find a small entrance to the tomb where you’ll pick up the mace. Who builds a tomb on top of a volcano, anyway?

Greatsword of the Tall Location

The clue of the location of the Greatsword of the Tall is found in the Tomb of the Tall, of course. That’s in south-east Duscae, fairly near the disc but to the south of it. The sword isn’t there, though – clues will instead point you to Costlemark Tower, which is nestled between the Kittier Highland and The Fallgrove.

This should really be the very last Royal Arm you get as Costlemark Dungeon is some brutal stuff. Save it for last. Level 50 and up, ideally.