The developers of Metal Gear Survive at Konami may no longer operate under the Kojima Productions name, but they sure managed to slip in a message of support.

In the opening moments of Metal Gear Survive, after you type in your character name, a cut-scene plays that shows a list of names including your own and those of your comrades.

The names follow the typical Metal Gear Solid 5 scheme of attaching an adjective to the name of an animal. Solid Snake, and so on. However, outside of your own, the other names don’t change, and if you look closely, you’ll find a hidden message.

Starting from the third one, you’ll notice that the first letter of each last name can be grouped in succession to spell “KJP Forever” which is very likely referring to Kojima Productions, the studio Konami shuttered after its less-than-amicable split with Metal Gear creator Hideo Kojima in 2015.

Reddit user 1005Horatio first noticed this while playing the game, and captured the screenshot you see blow. 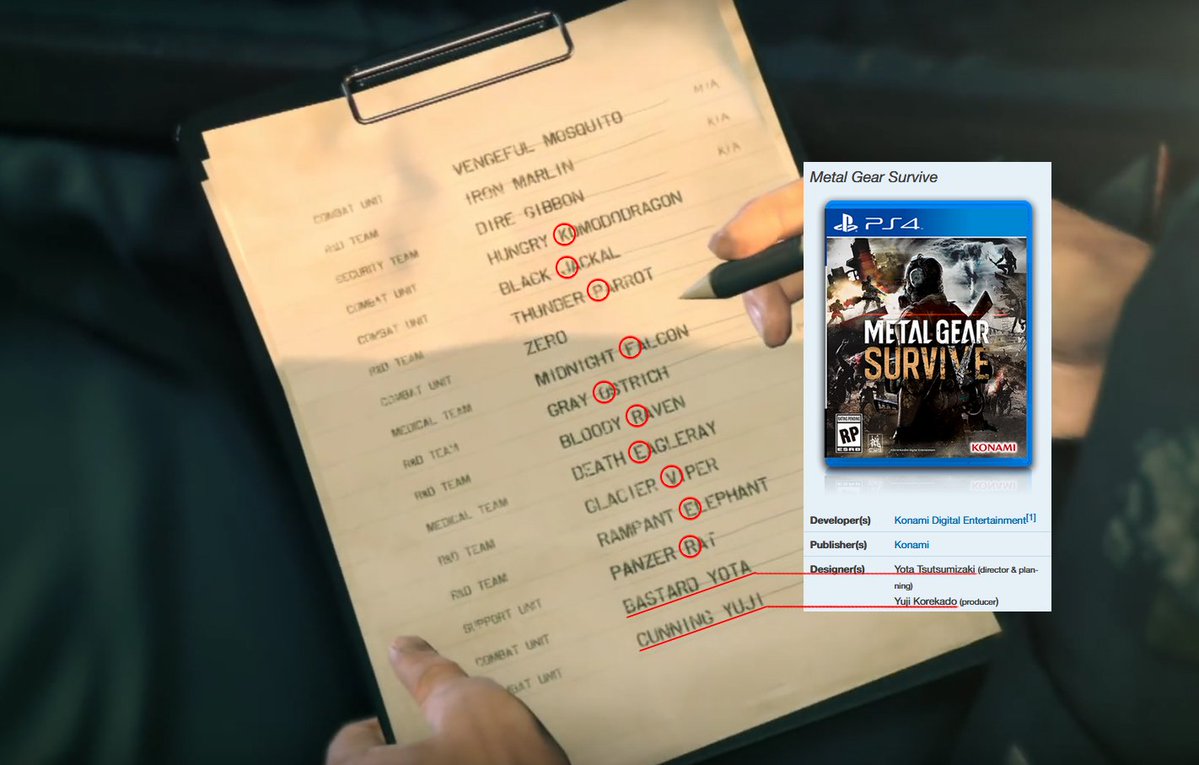 In other Metal Gear Survive news, the game has had some poor week one sales in the UK.