Despite absolutely loving the original Pac-Man Championship Edition, the sequel somehow originally passed me by. I picked it up but found it never quite grabbed me in the same way as its predecessor, but with the game now coming to Nintendo Switch in an expanded form it felt pretty fitting to give it a second chance. I’m pleased to report that this time it’s fully clicked and I’ve been having a blast with it, though one can certainly argue this Pac-Man reimagining takes on a little more than it should.

The concept of Pac-Man CE was dubious to begin with – just how do you really, truly make a proper sequel to a game so old, simplistic and well-known? We’ve seen multiplayer attempts like Pac-Man Vs, available on Switch as part of Namco Museum, but broadening and expanding on the core formula is a much more difficult proposition. Championship Edition managed it brilliantly, and this sequel builds on that in ways that are smart and outlandish – the latter sometimes a positive and sometimes a slight negative.

The great triumph of Championship Edition is how it simply refocuses Pac-Man. The original game was about score but it was most of all about survival, dodging and weaving between the ghosts. Championship Edition is all about high score, with the ghosts little more than a nuisance rather than a full-blown threat and a time attack style focus on speed. Championship Edition 2 even allows you to hit ghosts a few times without any penalty, and there’s other skills like a bomb jump to return to the starting point and even a brake button to slow Pac-Man down. It’s all about that speed, with the ghosts and the maze there to slow you down rather than outright bully and defeat you.

At its most simple level, Pac-Man Championship Edition 2 feels fantastic. It’s fast-paced, exhilarating and incredibly exciting when things get down to the wire, and there’s definitely a great sense of individual growth and progression as you master the simple but powerful movement tools you’re given. The single-player Adventure Mode offering progresses through a wide range of levels that feature unique gimmicks, great audio and visual design and even memorable new boss battles with transforming stages. All of this works pretty well, but it does feel a little stretched compared to the simple time trial simplicity of competing for high scores on a variety of shape mazes and maps as in the previous game.

This is the issue, really: bloat. It’s clear the development team have considered long and hard exactly what to do with Pac-Man to keep him engaging for an audience now more used to far more complex games. The truth is that they’ve done a rather good job of that, but the additions also run the risk of diluting down what made Pac-Man Championship Edition great. Sometimes it feels like things have been added just so Namco can point out that this sequel is different, but many of the changes don’t live up to the promise of changing the game. Bigger isn’t always better – but this release is decidedly bigger than its predecessor. 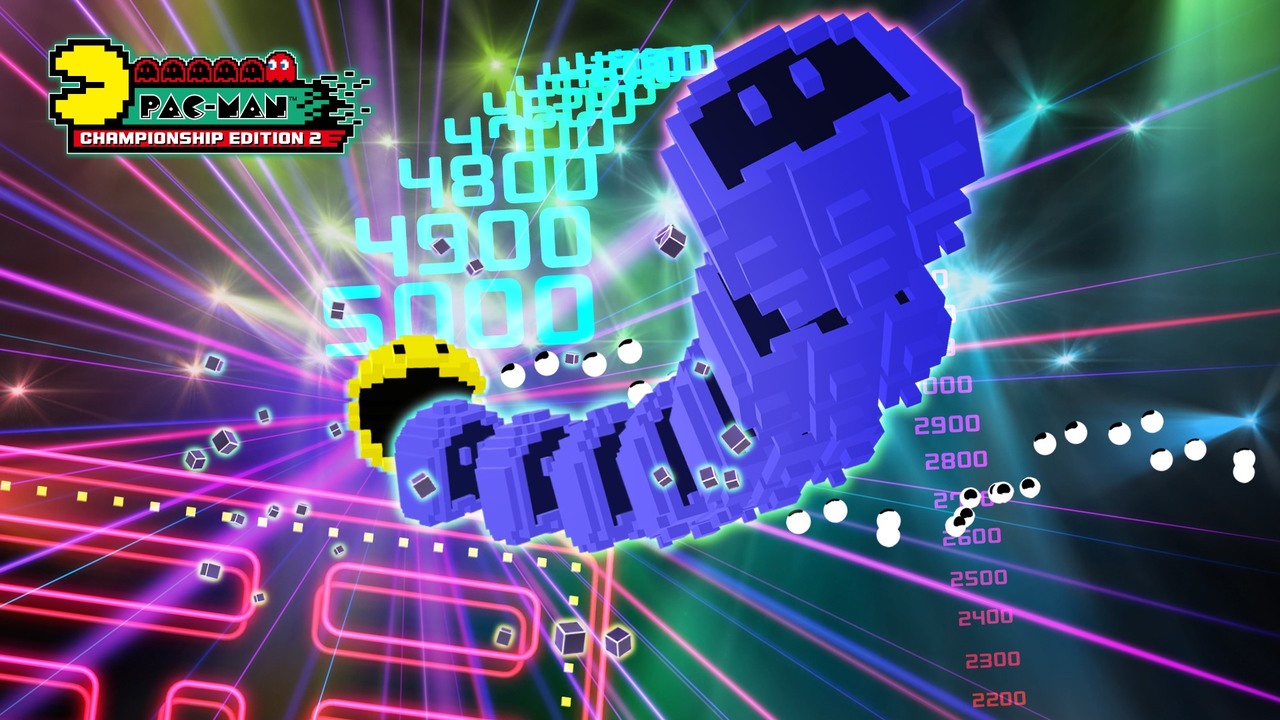 It never quite gets too complicated, but some of the changes to ghost behavior and removing the slow-motion encounters in exchange for more durable but less deadly ghosts all feel like they don’t work quite as well as they should. The difficulty spikes in some really brutal, unpredictable ways, and while I quite enjoyed it I can see that being a turn-off for some.

The Switch version features the same excellent presentation that really makes this version of Pac-Man shine – bright, crisp visuals, adrenaline-pumping music and a generally excellent presentation that is sadly occasionally marred by frame rate struggles, particularly in handheld mode. These hiccups are rather rare but feel all the more pronounced thanks to the focus on speed Pac-Man CE naturally has.

All of the changes are brave, however, and the result is still more than the sum of its parts. When push comes to shove I’d probably still pick the original Championship Edition, but there’s additional things in this package, especially on Switch, to help turn heads. For once there’s the portability, of course, but there’s also a new two-player mode ideal for snapping off a Joy-Con and playing in tabletop mode. 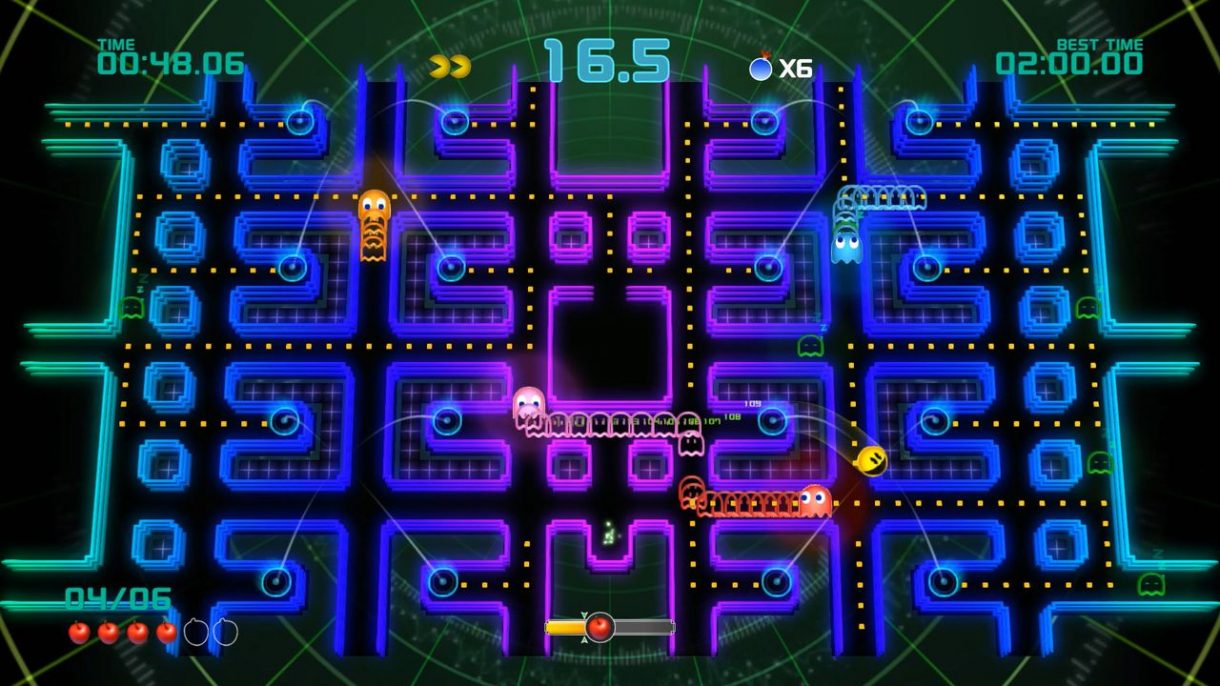 I can see this being great for flights with a friend, the Switch propped up between seat trays – it’s a co-op affair that sees two Pac-Man characters zipping around the board and slamming into each other, crushing ghosts in a pincer movement and all that. This mode is brilliantly different, though it’s also where Championship Edition 2 Plus is at its most chaotic at its best and most frustrating at its worst. It’s not as immediately satisfying as the blistering pace of the single-player offerings, but it’s a great additional distraction for the Switch version.

While it failed to grab me the first time around, the second time has been a charm: Pac-Man Championship Edition 2 Plus is a great, brave effort to do more with this classic gaming icon than simply rehash and rerelease emulated versions of its heyday. With its quick-fire modes it’s also an absolutely perfect fit for the Switch – and well worth it’s downloadable-only price of entry.

Pac-Man Championship Edition 2 Plus is out now for Nintendo Switch, while a previous release of the game is available for Xbox One, PS4 and PC. Switch copy provided for review by the publisher.