All of Burnout Paradise Remastered’s content will be included in the package, with no additional in-game purchases.

A few hours after announcing Burnout Paradise Remastered, EA put up pages for the game on the digital storefronts for PS4, and Xbox One.

When viewing the PSN listing on a PS4, players noticed that the game’s description mentions “in-game purchases”. EA obviously hadn’t announced that there would be any, but players were rightfully pessimistic about the prospect.

Reddit user BOZO_7 captured a screenshot of Burnout Paradise Remastered’s PSN page, which you can see below. 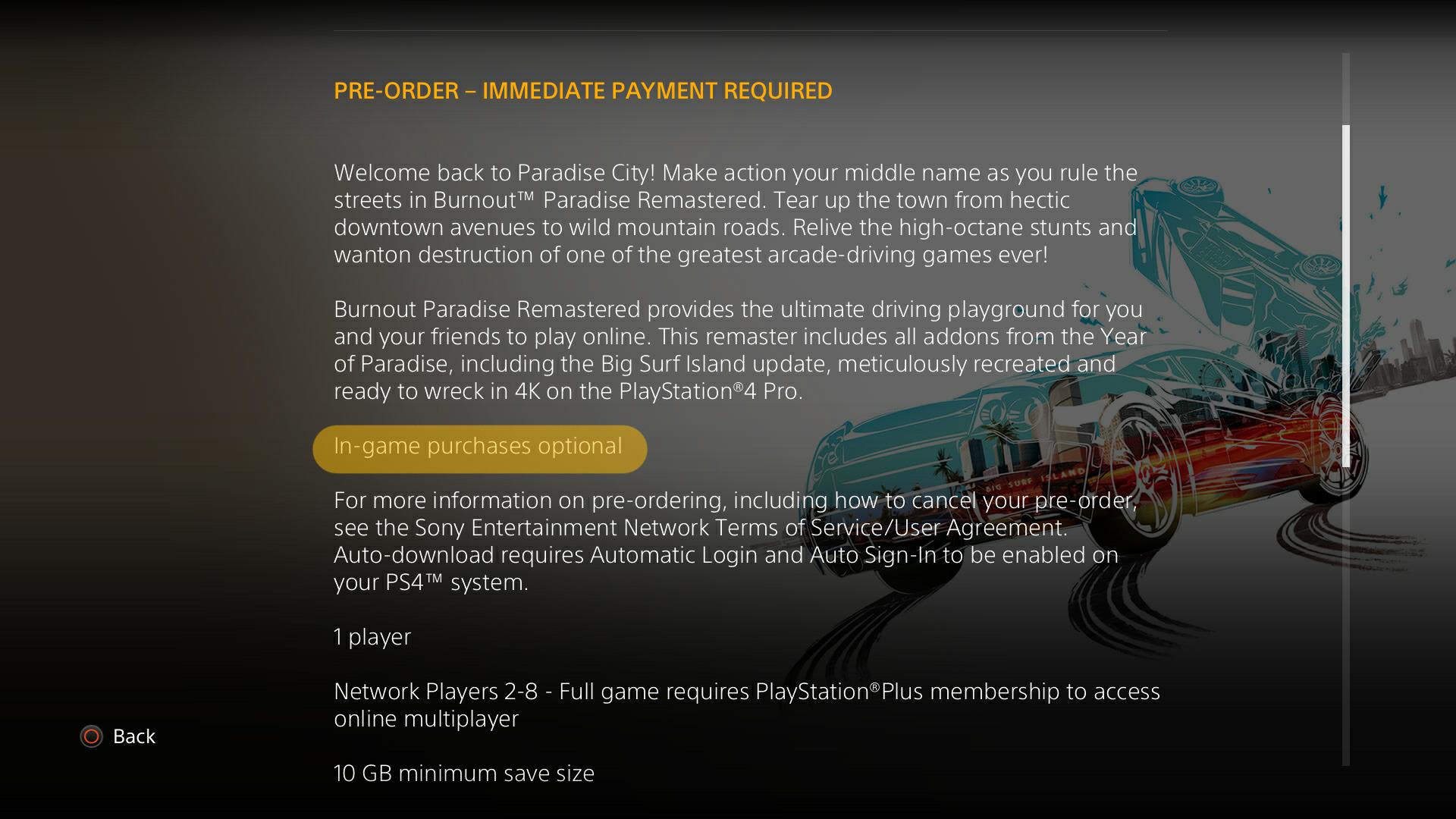 Fortunately, the line about “optional purchases” was in fact an error, as EA’s Ben Walke pointed out on Twitter. “There is no [microtransactions] or any additional paid-for content. Pitch forks down please,” he said.

In a separate tweet, Walke confirmed that the game’s soundtrack will return in its entirety. This is another thing fans were worried about, since music licensing often gets in the way of persevering game soundtracks, especially when a game is re-released/remastered.

Burnout Paradise Remastered is out March 16 on PS4, and Xbox One. The game comes with all previously released add-ons, and is also planned for a PC release at some point this year.