Now we’ve checked out all the scores from the latest Famitsu, let’s see what’s rocking in Japan.

Arc System Works’ upcoming BlazBlue: Cross Tag Battle is a fighting game that features an all-star cast of characters from Arc System Works’s own BlazBlue, Under Night in Birth, and Persona 4 Arena series’ as well as from the animated series RWBY. It will release on June 5, 2018 in America on PlayStation 4, Nintendo Switch, and PC for $49.99 both physically and digitally, as well as some controversial DLC packs.

The new story mode, called Episode Mode, will deliver individual stories for each of the four series that are features in the game. Further information such as plot introduction and how much the stories overlap has not yet been revealed. 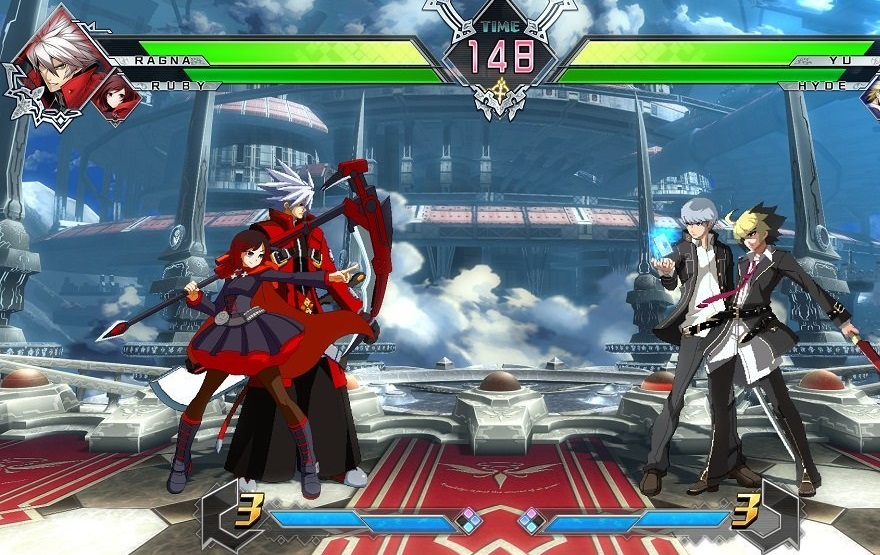 In this weeks edition of Famitsu, it was reported that 652,614 digital copies of Monster Hunter: World were sold within the first three days of release in Japan. Pairing that with 1.35 million physical sales in the time frame puts the total sale number at just over two million.

Atlus has revealed via Famitsu that new characters will be joining the party. For Persona 5 Dancing Star Night, Futaba Sakura and Haru Okumura join. Meanwhile, Persona 3 Dancing Moon Night will see Fuuka Yamagishi and Ken Amada. Perhaps unsurprisingly since they have been seen in promotional material thus far, but until now they were not officially confirmed.

In addition, both games will have a Music Video mode where you can play a rhythm game over scenes from their respective anime as well as live concert footage.

For Persona 3 Dancing Moon Night, the ladies get Kimi no Kioku while adorning Hatsune Miku-esque garb. For the boys, it’s ‘ultramarine’ colored clothing and Subete no Hito no Tamashii no Tatakai.

A couple new game systems were also briefly detailed. You’ll be able to choose from various types of ‘inner frames’ with different EX skills and other aspects to further customize your Gunpla this time around. The five main types are Balance, Striker, Gunner, Enchant, and Search. It is not known if these alter the appearance at all.

As parts can be changed mid-battle, thus altering your Gunpla model as the fight goes on in New Gundam Breaker, there will be a function called Awakening which allows you return to the composition you originally started the battle in.