If you thought the Sea of Thieves Xbox One controller was cool, you’ll want to have a look at some matching accessories.

Microsoft has announced limited-edition companion accessories to match the Sea of Thieves wireless Xbox One controller which ties in with the game.

Both Windows and Xbox One users can enjoy using the rather snazzy Seagate 2TB Game Drive and its deep purple color. It features the Sea of Thieves glowing skull and a hint of gold. The drive connects via USB 3.0 and includes one month of Xbox Game Pass and an exclusive jewel-studded in-game weapon, The Midnight Blunderbuss for Sea of Thieves

The Seagate Game Drive will be available in the US, Canada, France, Germany and the UK starting March 20 for $89.99. 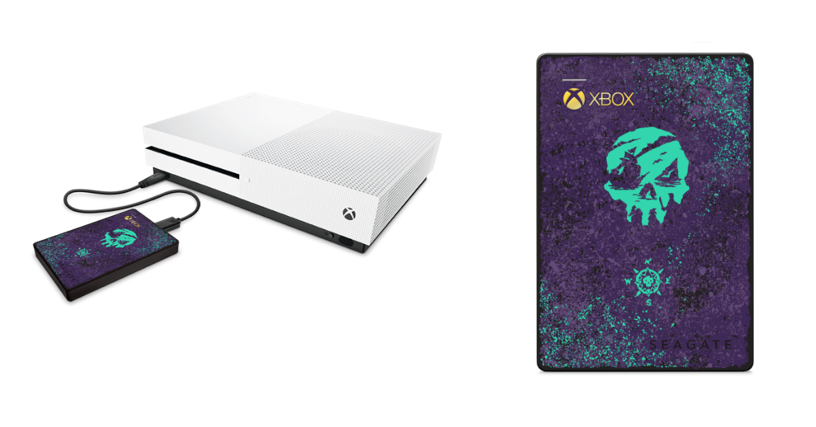 And don’t forget to grab the Limited Edition Sea of Thieves Xbox controller for $74.99 before they end up in Davy Jones’s locker. Okay, that was horrible, but I had to.

The controller comes with the Ferryman Clothing Set DLC, as well as a 14-day trial of Xbox Live Gold and Xbox Game Pass.