The 14th Colossus is awkward to find and the key to beating it is using its own stupidity against it.

This is probably the angriest Colossus you’ll come across.

Your first clue is to look for a ruined city and a Colossus that “lusts for destruction”.

Where to find Colossus 14: Stone Bull 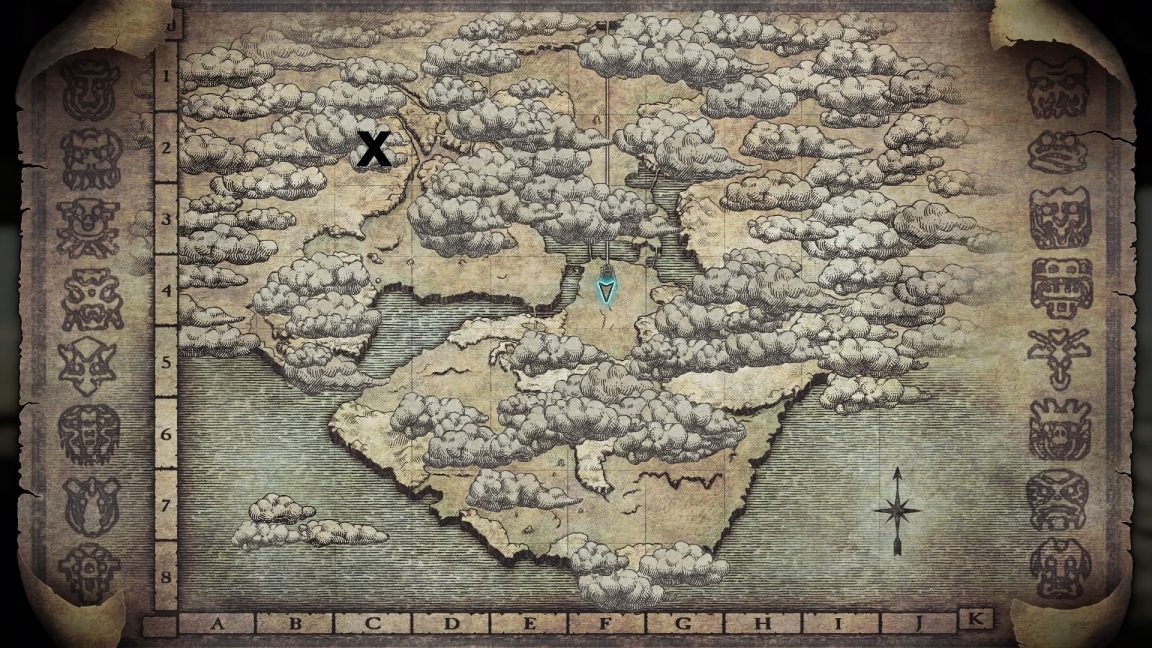 From the Shrine head over the rock bridge north and through the second valley to the west. Once you get through the tight, rocky path, keep left until you arrive at a spot with two fat little buildings and some steps. 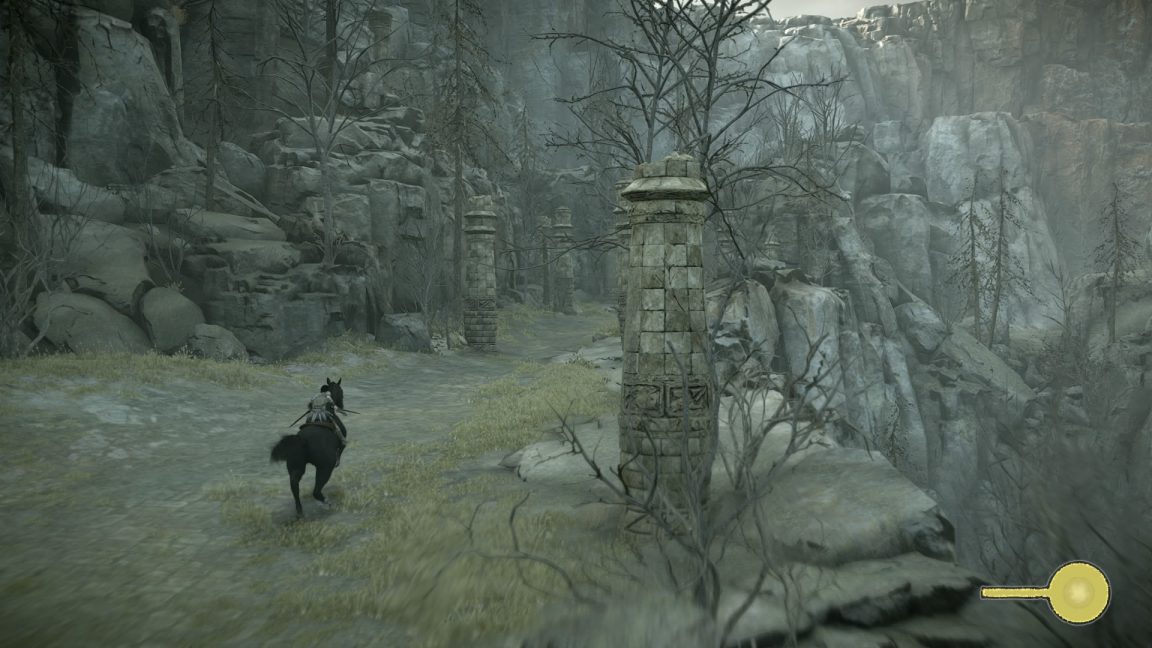 From here, turn right into another valley and follow it. It will eventually give way to a path flanked by pillars and eventually lead to a dark cave. Leave your horse and swim across the lake, past the little island, then follow the path until it opens up into a big green courtyard filled with pillars, walls and steps.

The route to this Colossus can be a bit awkward so here’s the path you should take: 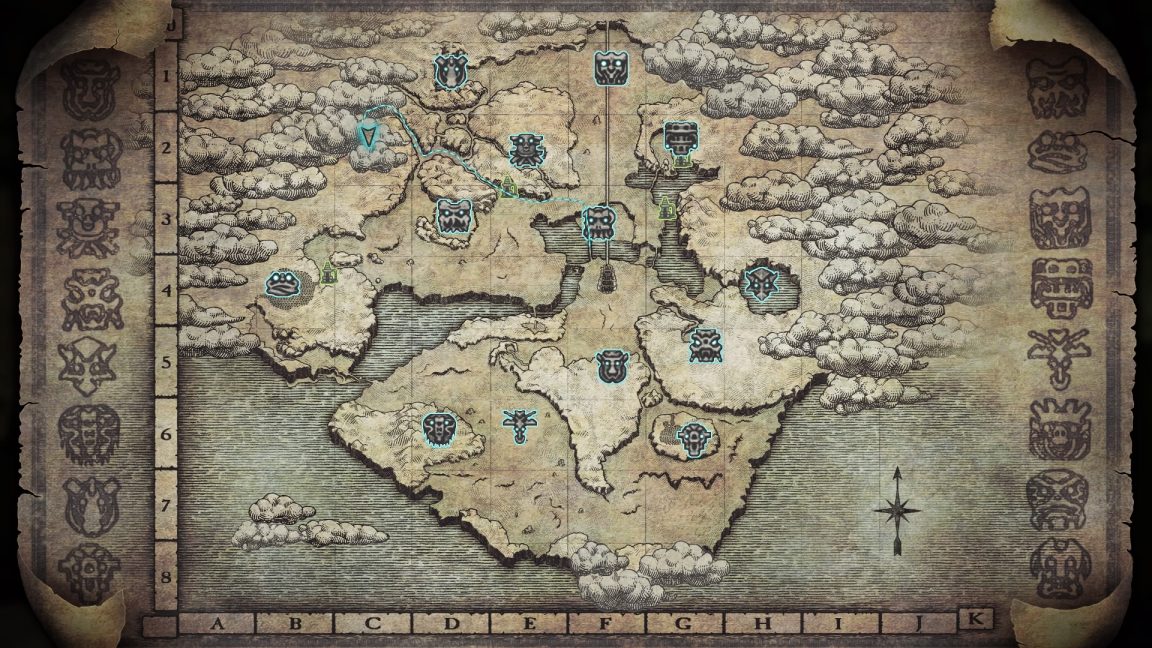 Now drop down and through the gap in the wall, run along the trench and climb up on your left to meet this Colossus. 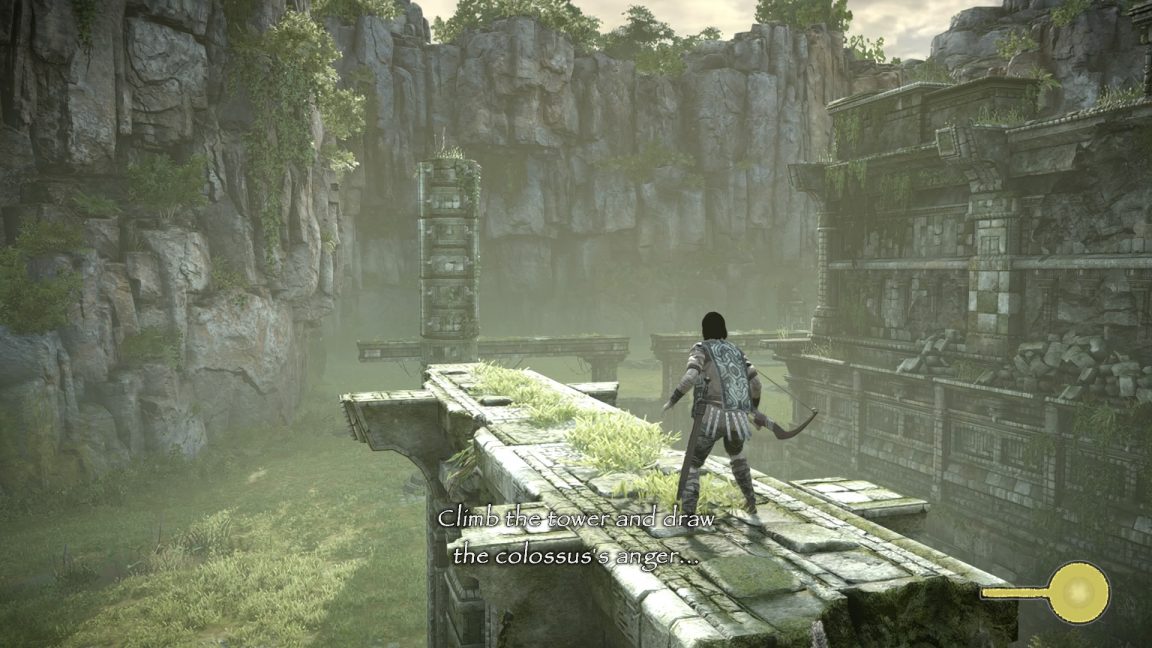 This seems like it’s going to be harder than it is, but there’s a plan. You’re going to avoid this Colossus, who likes to ram things. You’re going to climb downed pillars until you can reach round pillars that are still standing. 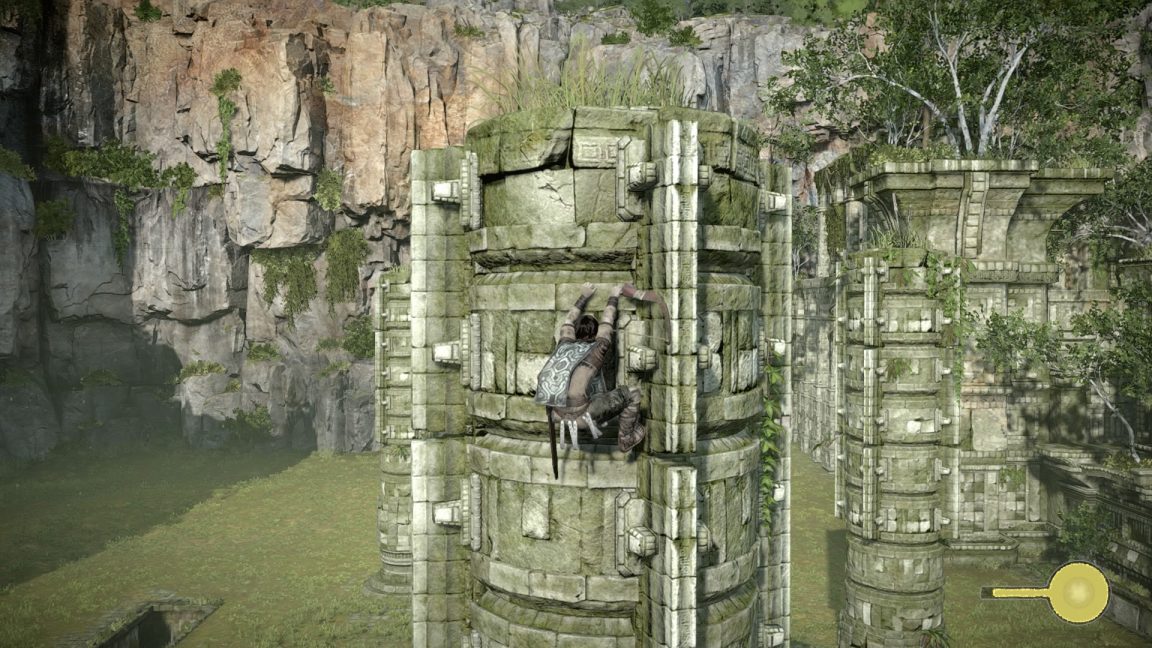 When you reach the top of these, the Colossus will ram it twice and knock it over, enabling you to reach another pillar by jumping across as it falls.

Whenever you’re atop a pillar, hold R1 to crouch and steady yourself as the Colossus rams the column below. If it wanders off, just get its attention with an arrow to the hide. 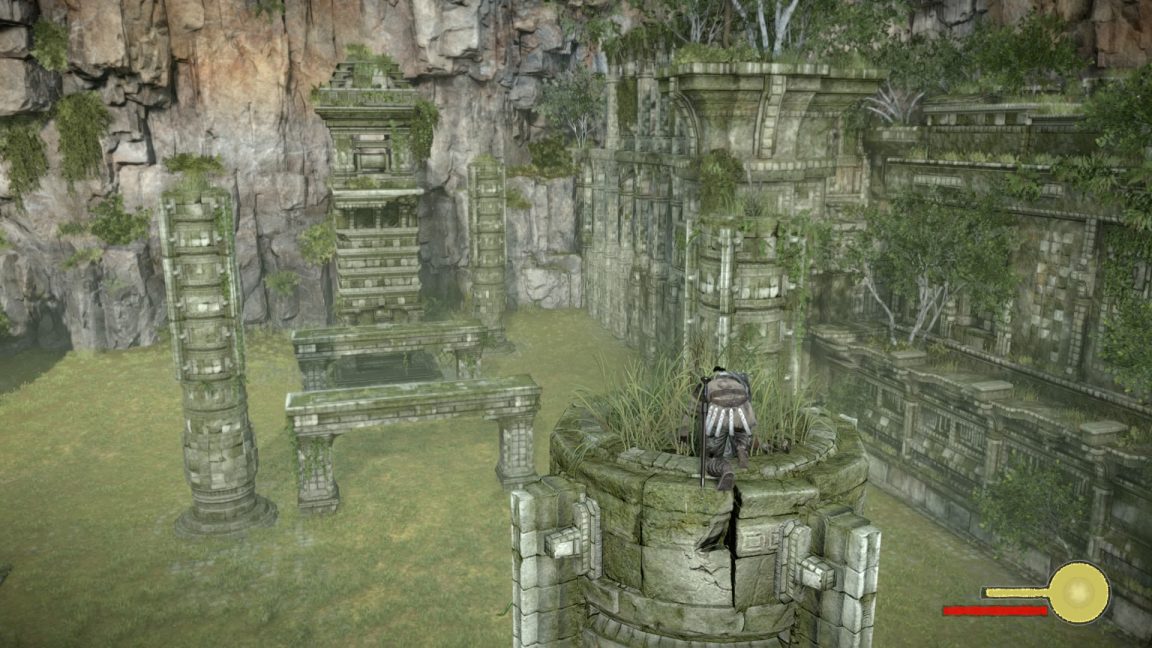 Follow this method and you’ll arrive at a wider square column. From there, jump to the final round pillar and as the Colossus smashes it you’ll fall into the square where you entered with the cracked wall.

Sprint to the ledges that look like a ladder at the opposite end to where you fell and climb up and back to the platform you first stood on. Get the Colossus’ attention with an arrow and it will smash the platform down onto itself, cracking its armour and finally revealing its weak spot. 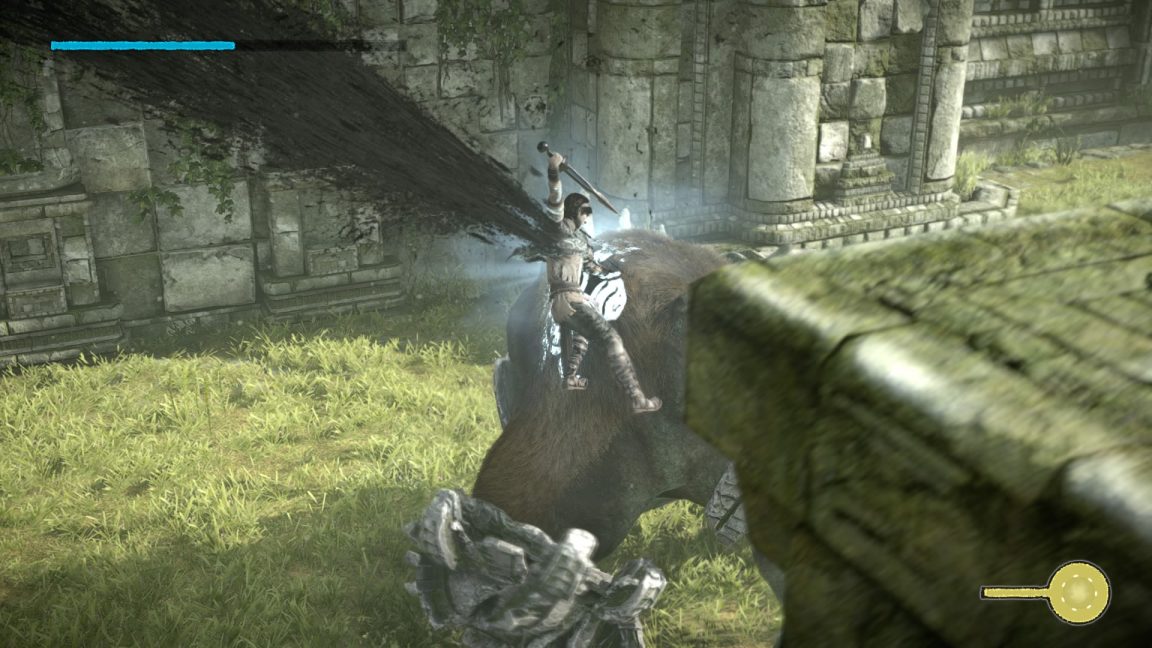 Now you need to jump on its back (using a downed pillar as a launch pad), hold on and stab it until it dies. If it throws you off, climb another pillar and jump as it rams it – it will stun itself allowing you to climb on. Once defeated you’ll earn the Trophy: Shield of the Colossus.