The kerfuffle over microtransactions in Star Wars Battlefront 2 has become a learning experience for Electronic Arts, according to the company.

EA CEO Andrew Wilson has stated the company never intended to build an experience which was considered unfair to Star Wars Battlefront 2 players, and the resulting backlash was a “learning opportunity” for the firm.

Speaking in an investors call following the company’s quarter three fiscal year 2018 report, Wilson said adjustments based “on sentiment and community data” out of the beta were applied to the game before release. The result, was the temporary suspension of microtransactions after the conclusion of the beta.

“This was definitely a learning opportunity,” he said. “You’ll remember that we brought three of our top studios together on this project, and the result was a massive game with a new Star Wars story; space battles; and huge multiplayer variety.

“We wanted a game that would meet the needs of the vast and passionate Star Wars fan base, so we designed it with the intent of keeping the community together, and a commitment to continually add content long after launch.”

Wilson is referring to Star Wars Battlefront 2 content not being locked behind a season pass, which DICE revealed in April 2017. 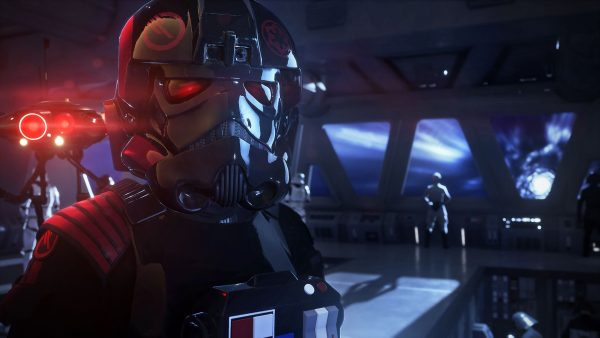 During EA Play at E3 2017, it was announced all characters, planetary conflicts, starfighters, space battles and all post-release content would be free. Players would also be able to acquire new spacecraft and heroes using Battle Points.

As stated, all DLC was offered without the need to own a Season Pass but in order to unlock all content, players either needed to purchase an exorbitant of in-game currency to speed up the process or suffer through long, tedious grind sessions.

This pricing scheme resulted in highly charged, negative feedback which continued well past the initial release window. The resulting controversy was also largely attributed to Star Wars Battlefront 2 sales coming in below expectations for the quarter. EA estimated the game would sell at least 8 million copies, but instead moved around 7 million copies.

“Given the newness of this design, we knew that player feedback during the pre-launch testing period would be key,” said EA CEO Andrew Wilson. “Having made adjustments based on sentiment and community data coming out of the beta and early trials, we ultimately made the decision to pull in game purchases out of the game prior to launch.

“We never intended to build an experience that could be seen as unfair or lacking clear progression, so we removed the feature that was taking away from what fans were telling us was an otherwise great game. We are fortunate to have such passionate players that will tell us when we get it right, and when we don’t.”

Wilson said the Star Wars Battlefront 2 team was “working hard on more updates” to meet the needs of players, which it hopes to bring to the community in “the months ahead.”

In December, EA CFO Blake Jorgensen said as much, noting the developers were working on improving the progression system, and reiterated this in the call last night. Just last week, it was announced information on  a revamped progression system for Star Wars Battlefront 2  with significant changes would be provided in March.

Microtransactions will, however, make a return to Battlefront 2 but it is unknown at present how monetization will be implemented.

“As we grow this game with more content, we believe that Star Wars fans will continue to have fantastic experiences over the long life of Battlefront 2,” Wilson said. “Going forward, we believe that live services that include optional digital monetization, when done right, provide a very important element of choice that can extend and enhance the experience in our games.

“We’re committed to continually working with our players to deliver the right experience in each of our games and live services.”

At present, the only future Star Wars game on the release calendar is the action game in development at Respawn. EA said it is expected to drop during fiscal 2020, which means the 2019 calendar year. Because of this, “exact timing” for Battlefront 3 hasn’t been decided.

Until the, current Star Wars Battlefront 2 player have new seasons similar to The Last Jedi content to look forward to into fiscal year 2019, which covers the remainder of 2018.