Electronic Arts confirmed Bioware’s Anthem will release in 2019 to make room for a new Battlefield.

Speaking with the Wall Street Journal ahead of Q3 of EA’s fiscal year 2018, company CFO Blake Jorgensen confirmed Anthem will be released during the first quarter of 2019.

According to Jorgensen, the 2019 release window isn’t considered a delay, despite Anthem being announced for fall 2018 at E3 2017. Instead,

“It’s not a delay,” Jorgensen told The Wall Street Journal. “People are trying to create a story.”

Last week, a report surfaced stating Anthem would miss its ‘unrealistic’ fall 2018 launch window and arrive on PC and consoles in 2019

“The first thing about Anthem is, regardless of how it’s being portrayed, we are not looking at that as a delay in the game,” said Wilson. “We’ve chosen to launch Anthem in Q4 and the date is really determined by balancing the portfolio and not for product readiness reasons. It’s tracking well on its development milestones.

“We are really confident of its ship date. We are really excited by the way the next Battlefield is shaping up and it might set – it probably doesn’t make sense to launch Anthem right up next to it. And when you think about Anthem as a brand new IP, we also believe it make sense to give it its own launch window so that we can give us a focus and attention that it deserves and give it some free air.”

Jorgensen didn’t provide concrete information on the new Battlefield game, nor did Wilson on the Q3 financial call this evening, but rumors of the next Battlefield being Bad Company 3 have been swirling around online for a while now. 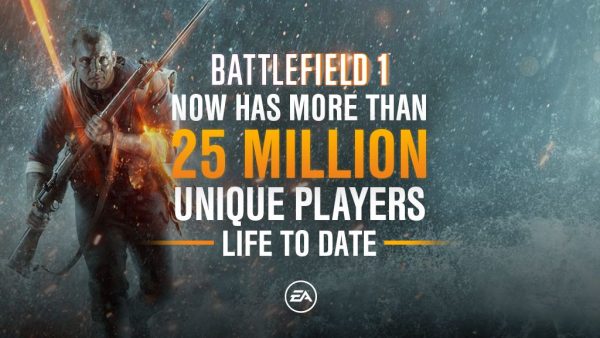 70% of Star Wars Battlefront 2 players tried the single-player portion of the game, and Battlefield 1 has more than 25 million unique players life-to-date.

The Sims 4 player base grew more than 35% yoy and had the highest performing expansion pack to-date for the franchise during the quarter.

For the third quarter ending December 31, 2017, EA reported an uptick in digital sales. Q3 revenue came in at $1.16 billion which was flat year-over-year (yoy).

EA also reported a net loss of $186 million incorporated, recognizing $176 million in incremental income tax expense. This was due to the new tax reform law. Shares in the company were up 4.3% after hours following the Q3 earnings report.