Miitomo will go offline in May, Nintendo has announced.

Nintendo’s first, full mobile title Miitomo will no longer be operable after May 9 in all regions.

Launched alongside Nintendo’s My Nintendo service in March 2016, Miimoto is a social app similar to Tomodachi Life which allows users to chat with others as their Mii character.

Pictures taken of the player’s Mii, known as MiiFotos, can be shared with friends and posted online. This is one action which rewards players with Miitomo Coins to spend on clothing items.

Due to the coins also being an in-app purchase, the ability to buy them has been suspended from today. Nintendo will also not provide refunds for any unspent Miitomo Coins or Miitomo items. Players will need to use any remaining game tickets or Miitomo Coins before the May 9 deadline. 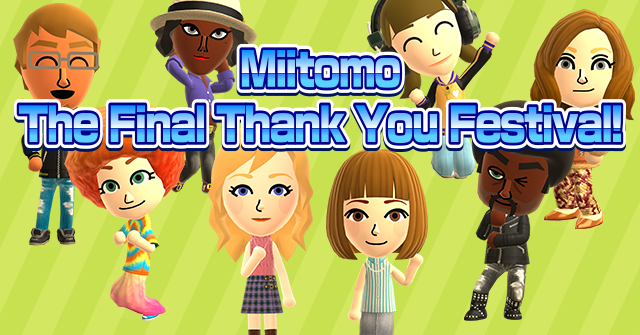 Until the end of the Miitomo service, Nintendo is providing daily login bonuses of Miitomo coins and game tickets so that users can continue to play Miitomo Drop and use other features such as the Miitomo shop. A final Miifoto event is also live.

Nintendo said it’s shutting down the service as it has seen the number of ongoing users for the app decrease. Discontinuing the service will “better optimize” it’s operational resources across the firm’s smart device business.

Users can continue to download or re-download the app until May 9, and further information on Miitomo’s closure can be found through the official FAQ.