99 versus 1 seems overwhelming. Here’s a method to push the odds in your favour.

Following the release of an overhauled map in Fortnite, it’s never been easier to almost guarantee yourself a finish in the top five. Hell, play by these rules and you’ll be in the top two most of the time.

This isn’t necessarily new advice, as it’s the same method many have been using since the the game was first released. But now the new map has created so many distractions, now more than ever, it works incredibly well if you want to finish near the top spot.

It’s based on one simple rule: avoid the crowds.

All these new locations – Haunted Hills, Tilted Towers, Shifty Shafts – are cool new additions to the map. And if you’ve been playing it long enough, natural curiosity and the thrill of the new will attract you to them for at least a cursory scope.

Unfortunately, you and everyone else is jumping out the bus at the same spot. Tilted Towers is a slaughterhouse. Haunted Hills a killzone. Even a spots like Junk Junction, where the edge of the island creates a natural defense to the west, is still a pit of snakes.

Landing in any of the new locations this weekend is like dropping into The Battle of the Bastards with a butter knife. Sure, you might get a kill or two, but someone with a SCAR will take you out. There’s no glory in finishing 47th.

If you want the best chance to win, go to one of the older locations. Somewhere tried and tested. Somewhere out of the way. 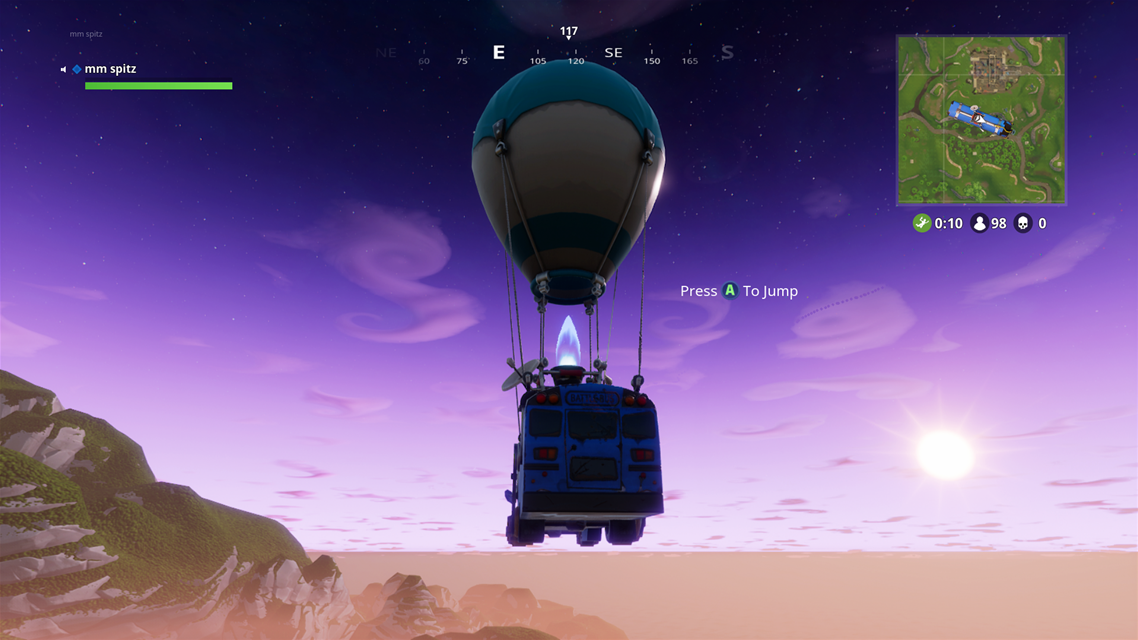 Let’ em jump early. Stay in that bus until the last second.

Bail out of the bus at the very last second if you can, landing on the edge of the island. Find a building – even the smallest shacks usually have some good loot, which you should grab before farming resources. There are only three weapons you really need to find; shotgun, assault rifle and sniper. Bandages, shields and grenades are a bonus but not essential.

You’ll find less people behind you and nearly none able to creep up on you. If you run the direct route to the safe circle as indicated by the straight line on your map you’re bound to be picked off by others doing the same, or camping just inside the circle waiting for victims. 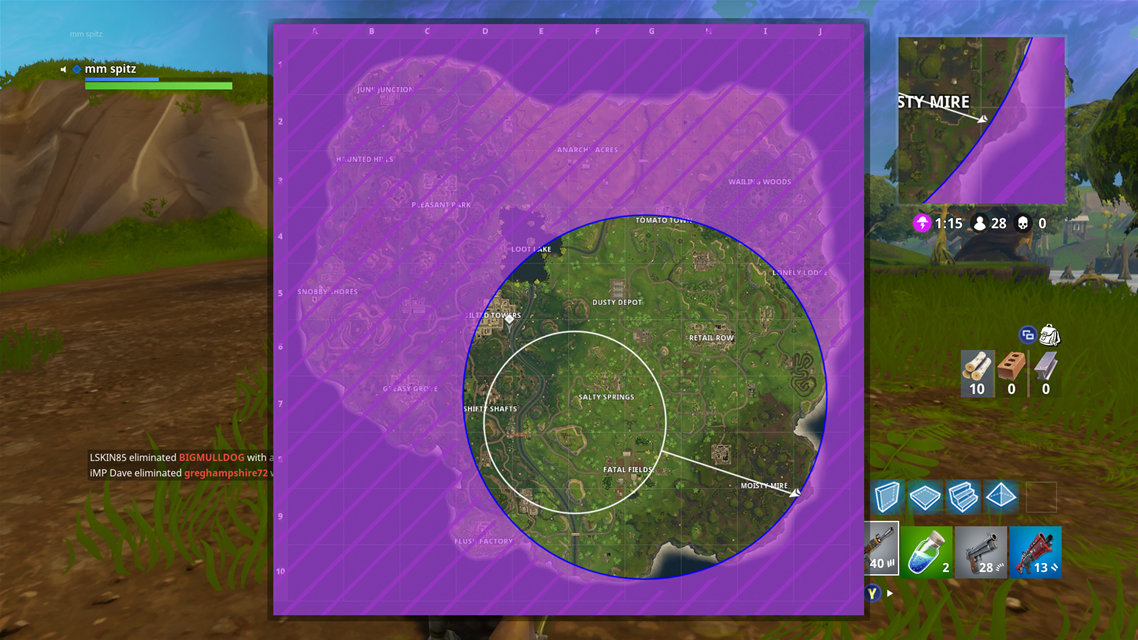 Don’t follow that direct route. Move around the edge of the Eye of the Storm.

Keep crouching too. Stealth isn’t always at the forefront of many player’s approach to Fortnite. In a game where you can create your own shelters many feel safer building up and blocking themselves in. This is fine, but any new buildings stick out like a sore thumb.

As a stealth player you can see these weird-ass looking structures from miles away. If someone has built it and it’s inside the storm, they’re going to be camped inside. A normal building already on the map is a far less predictable place and you should approach with caution. Maybe it’s been looted and it’s empty. Maybe it’s the perfect unassuming place for you to make use of the natural cover. Sit still and observe. 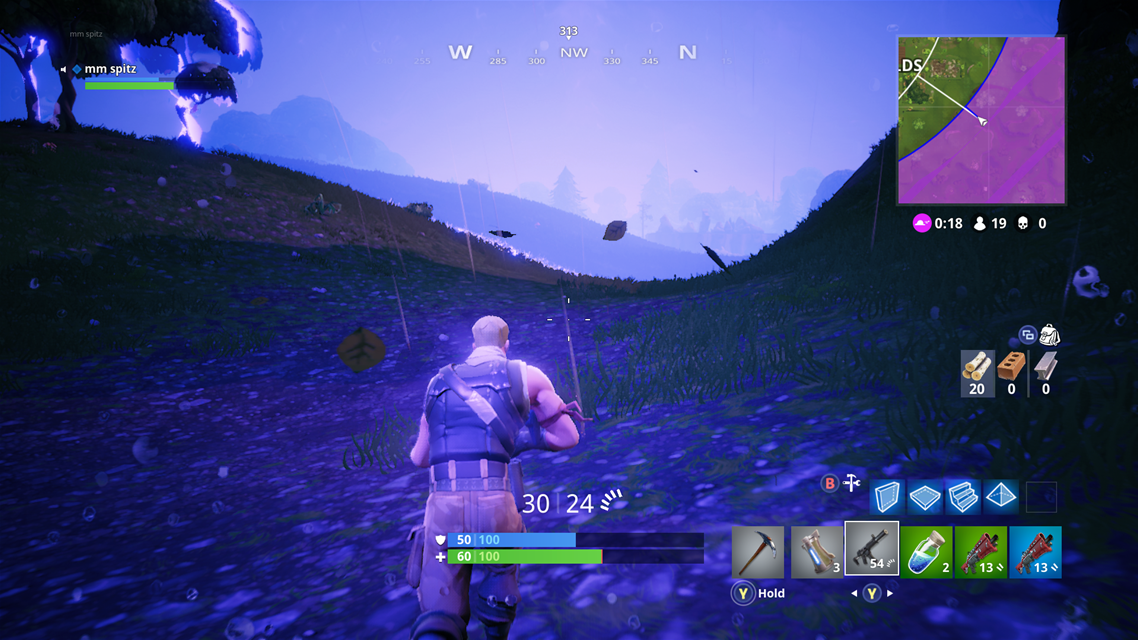 Even if caught in the storm, don’t panic. Health depletes slowly so you’re not out the game yet.

It’s only when you get down to 10 players left on the increasingly shrinking map that you need to think about your trigger finger. By now, after all this creeping around the map, you should have found your three weapons. Shotgun for inside buildings, sniper for longer distance, machine gun for quick spray over the middle ground.

With that in mind keep low and wait for the rest of the players to be naturally pushed together because of the shrinking storm. You need to be quick with your reflexes, but even now don’t be tempted to run-and-gun or get cocky. Let other impatient players do the hard work for you. If you’re this close a silenced pistol is just as useful as a shotgun if you get the drop on someone. Take a deep breath and defend yourself rather than hunt the final handful of players. Let them come to you. 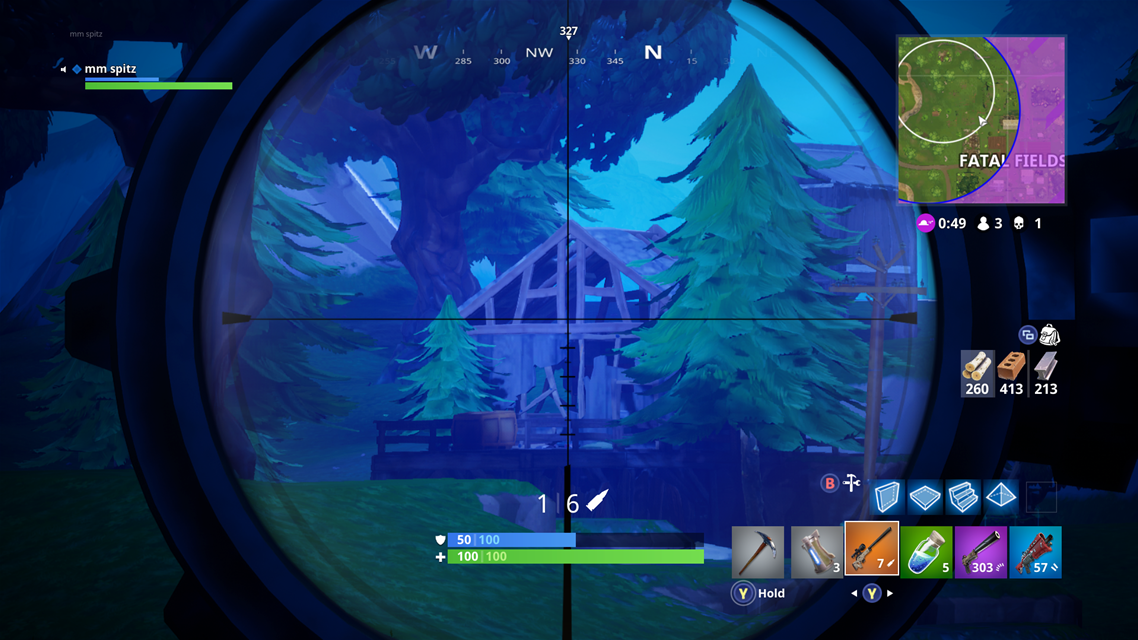 Top three and only one confrontation. Now it’s time for a showdown.

Playing stealth may not seem the most exciting way to get yourself a finish in the top five, but it’s damn effective. Let the other players loot and shoot themselves as they try to explore new buildings. Stay out of the way. Creeping through the bush can be just as thrilling when you see the numbers drop down to single digits and the intensity is a real buzz. Play it cool and calm and strike as late as possible.

You’ll be honing your skills and taking the number one spot in no time.