As players get to grips with a reinvigorated Fortnite map, developers at Epic have revealed the thinking behind the new hotspots.

According to the team, while the east side of the map has been rich for traversal, loot and locations, the west side has offered fewer opportunities for players.

That all changes with this week’s V2.2.0 update, and insight from the developers offers advice on how to best make use of the new locations to ensure you’re finishing in the top tier of players during Battle Royale conflicts.

Below, developers also discuss changes to the mountain, swamp and farmland regions to make it easier to identify the areas on the map and as far away as up on the battle bus.

“Tilted Towers is a city located just south of Loot Lake, which adds a hotspot close to the center of the map. It offers a fair amount of vertical gameplay through taller buildings that players can land on, fight through, or even defend against other nearby fortified buildings.

“When constructing this point of interest, we wanted to create something on the larger end of the scale, similar in size to Pleasant Park or Retail Row. We targeted it as a place where many players could choose to land, and still be able to get enough weapons to be able to hold their own.” 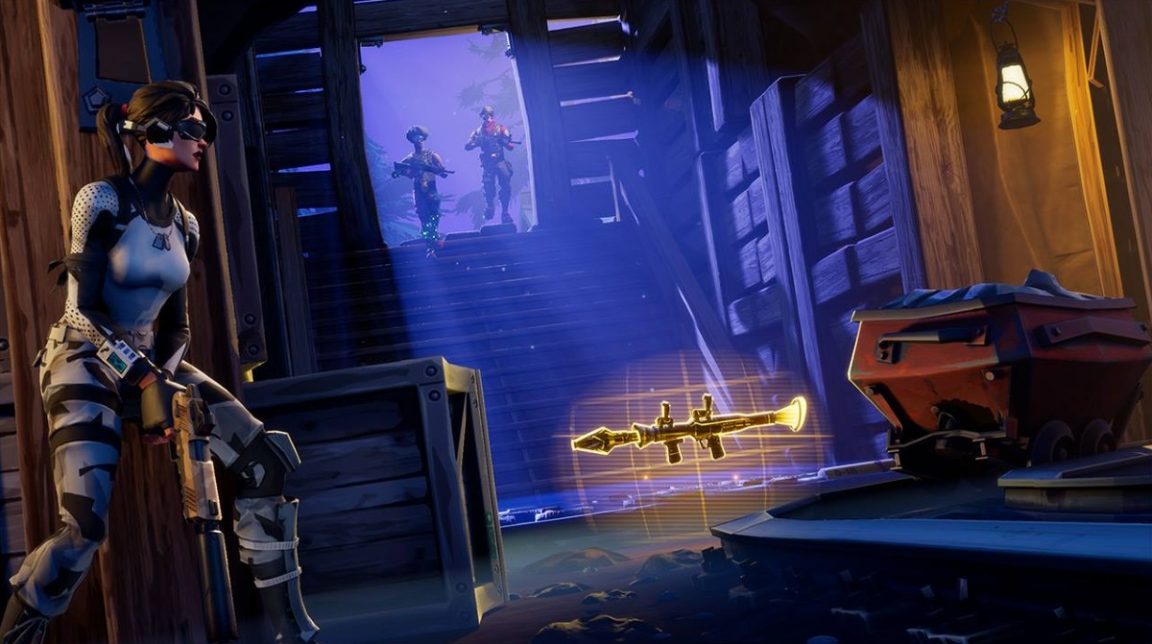 “Unlike the heights of the buildings in Tilted Towers, this POI is all about tighter underground tunnels, which present opportunities to sneak up on or flank your opposition.

“From the beginning we thought that the idea of adding a mine just sounded fun, and now we’ve been able get one in there. This location is one to be explored, not scouted from a distance, since all of the good loot is on the inside.”

“Snobby Shores is a private residential neighborhood on the west coast of the island made up of multiple fenced houses. By fencing in the houses, they act as self-contained combat areas, allowing for intimate combat engagements that are focused on the immediate surroundings.

“Additionally, the housing plots are arranged in a line, which organizes and brings clarity to the combat relationship from house to neighboring house.” 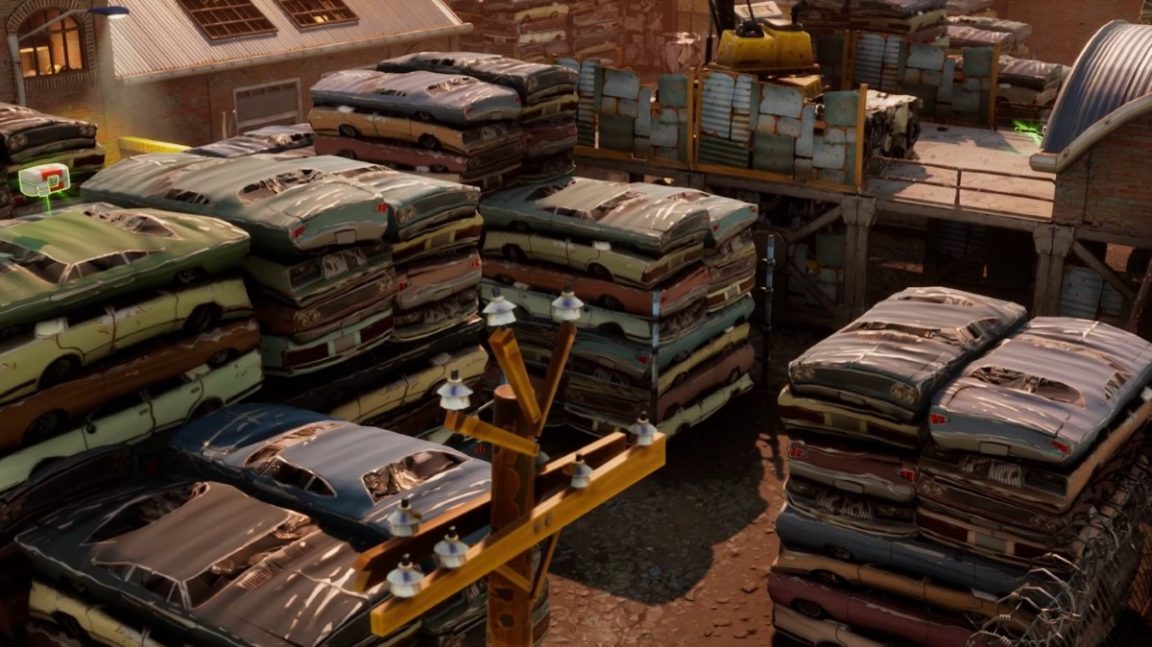 “When identifying which specific areas of the map were under utilized, the northwest was near the top of the list. Beyond visiting Pleasant Park or being forced there by the storm, there wasn’t much of a draw to go there. As a result, we’ve added Junk Junction.

“This point of interest is a junkyard full of crushed cars stacked upon each other. We took care to ensure that among this junk you would be free to build around it, or jump from pile to pile without a need for building. This offers player’s flexibility in how they want to pursue their opponents or loot.”

“Separate from the new points of interest, we also wanted to add visual variety to larger sections of the map. To accomplish this, the map is now divided into four biomes. The grassland has a similar look to what you’ve come to expect from the map until now, but the swamp, farmland, and mountain areas bring their own visual identity.

“This is mostly done with changes in color tones evident on the terrain, as well as different looking trees and vegetation. To accomplish this, we reworked the core of how the terrain is computed for display, making it more flexible in order to add these biomes. Beyond adding visual variety, the idea behind this was to allow players to associate where they are on the island with the look of the environment surrounding them. You’ll be able to easily spot these biomes from the battle bus or when bringing up the map.”

If you’re new to Fortnite we’ve broken down all the big questions you might have for one of the best free games on any console.