Or; when should the developer let go and hand it over to the modders?


I find it charming that we still refer to the updating of a game as a patch. It’s a throwback to a time when programming software involved punching holes into cards. If you made a mistake, you could simply ‘patch’ over a hole and carry on. We’ve come a long way since then and now patching occupies a dedicated phase in the development of a game.

We expect and anticipate the need to tweak those files, post-release, and while some of us still pine after the days when games were shipped in their final state, most now accept that updates are a necessary step in crafting ever-changing, increasingly complex worlds. But if we accept that patches are inevitable, and if the developers agree that patching is now a part of their development cycle, when does it become OK to stop patching a game?

The Elder Scrolls titles are well known for being buggy on release, so much so that it’s kinda become a part of their charm. However, the recent release of Skyrim on the Switch, still riddled with issues that have plagued the open-world RPG since release, has sparked a wider debate over whether or not Bethesda has performed its duties adequately.

The veteran studio essentially closed the doors on Skyrim’s development back in April 2013, stating that it would only release minor patches from then onwards. This would normally garner very few complaints. After all, three expansions and seventeen months of consistent patching is not only fair, it’s downright impressive. But since then it has been re-released no less than four times (the Legendary Edition, the Special Edition, the Playstation VR release and the Switch port). If Skyrim continues to be the gift that keeps on giving for Bethesda, shouldn’t it at least be working on the game-breaking bugs that cause so much frustration for their customers? 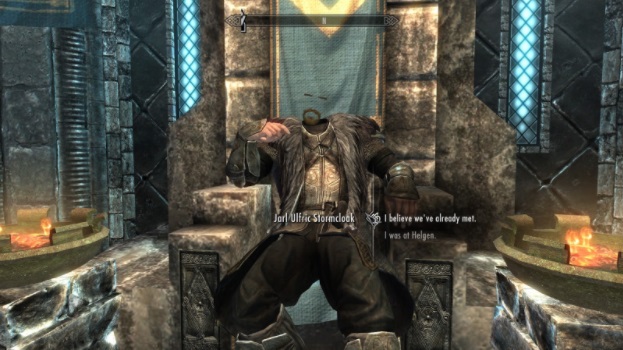 One guy who definitely has an insight into this sort of thing in Werner Spahl aka ‘Wesp5’. Since 2004, he’s been more or less solely responsible for patching the criminally overlooked Vampire: The Masquerade – Bloodlines. Set in modern day Los Angeles, Bloodlines is a first-person RPG in which you take on the role of a newly turned creature of the night, subsequently getting wrapped up in the seedy nightlife and backstabbing political turmoil of the vampire underworld. Unfortunately, it was extremely buggy on release, with large amounts of content cut from the game. Spahl has spent the last thirteen years sealing up its cracks and restoring half-finished side-quests, some of which contain entirely new levels.

I asked Spahl what motivated him to keep working on a someone else’s game for so long. “I feel a bit responsible for Bloodlines now” he explains. “Bloodlines still is the best game I ever played, even after 13 years in which I played a lot of other games.”

But for Spahl, the issue isn’t that Bethesda isn’t willing to patch Skyrim. After all, as he points out, the fans have already patched a lot of the worst bugs for them. He sees the problem as being one of honesty. “Bethesda might indeed rely a bit on fan patches” says Spahl, “but if they really do, I think they should admit it and include them [in the game’s files], like GOG did with Bloodlines and my patch.”

It isn’t at all surprising that a guy who is willing to work for thirteen years on a labour of love like this believes that “if the community likes it, fans will support it”, and it would seem that history agrees with him. Hundreds of games, from Civilization IV to Dark Souls II, have had extensive work put in by the community to fix and expand them, long after the devs have moved on. Indeed, it seems the issue lies more with the confusing black hole of responsibility that is now being created by the demand for more and more PC-style content on modern consoles. There’s no better example of this than with Sony’s heavy restriction of mod support on the PS4, meaning that fans of Skyrim or Fallout 4 have considerably better access to content on the PC and Xbox One. 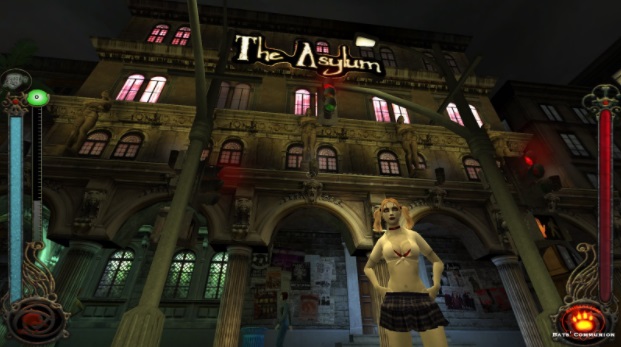 One thing really holding up the improvement of a popular title is time itself. In the case of Bloodlines, the studio responsible for it folded very shortly after release. Consequently, the fans were allowed to start altering the game’s code almost immediately. Skyrim, on the other hand, is still very much under the watchful eye of Bethesda (and in the case of the PS4 version, Sony as well). However, the studio/publisher will eventually move on and that’s when the fans always step in.

This is most certainly the case with 2004’s awesome Lord of the Rings strategy game, Battle for Middle Earth. It just received a HD update for all of its character models. But this patch didn’t come from publishers EA, nor did it come from the current holder of the rights to the franchise, Warner Bros. In fact, in the timeless words of the elf Galadriel, the patch came from “the most unlikely creature imaginable”…a Dutch modder by the name of Mathijs Heuvel.

Along with his buddy, another modder who goes by the handle ‘RiderOfRohan’, he has completely reworked the ageing models for Battle for Middle Earth 1 and 2, as well as adding a bunch of totally new ones. Heuvel feels that developers have not really abandoned a game if they’ve given the fans the tools to continue its development.

“I think it’s perfectly acceptable for a publisher to stop patching or expanding their game whenever they see fit” he begins, before adding “but only if they’ve delivered on mod support/tools for the community to take over.” In fact, for Heuvel, it almost seems like a no-brainer to let the fans take the wheel. After all, as he points out, “the main reason a game like Battle for Middle Earth is still currently around is because EA released basic tools 10 years ago. It seems like a great investment. All a developer has to do is keep the game on the shelves, which these days is so much cheaper thanks to digital distribution, and it’ll keep getting new content.”

However, unlike Werner Spahl, Heuvel isn’t too keen on the idea of his mod being included in any potential future re-release of the game. “It opens modders up to all sorts of problems” he explains. “Do we get paid? If so, how much? Because these things take a very long time to produce, and I cannot imagine a publisher being willing to compensate us fully for the hours spent. Do we get royalties afterwards? And, more importantly: how do modders maintain the ability to update and refine their projects afterwards? Once a publisher makes it baseline, you sign away that sense of autonomy.” 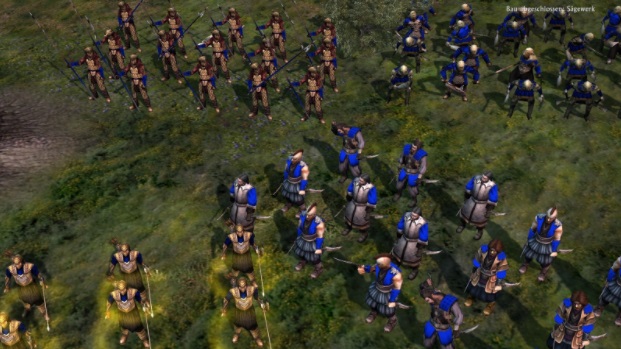 Wherever I looked and whoever I spoke to, the pervading theme was one of communities and modders naturally inheriting stewardship of their favorite titles. Heuvel, who does most of his work through ModDB, even pointed out that “this year, on this website, Brutal Doom, a mod for the original 1993 Doom game, won the mod of the year award.”

At the risk of sounding a little bit hippy, it almost feels like this is the way nature intended for things to be. As developers move on and enthusiasts move in, the cycle of life continues and a 25-year-old game like Doom gets the chance to to impress a whole new generation of players with what it can achieve.

It’s very difficult to try and determine just when a game has reached the point at which a studio can fairly claim to have done an adequate service to their fans. But from speaking to those fans that have gone the extra mile to keep these games alive, it’s become quite apparent that there is never really a reason for the patching, updating and creativity to end, just because a studio or publisher has decided to move on. If your game is decent and you provide the tools, there are legions of passionate programmers, artists and modders just clawing for a chance to take the reigns and keep the flame alive.