The Colony is one of the Exotic grenade launchers in Destiny 2, and it’s currently in stock at your favorite vendor.

The Colony is this week’s Xur weapon pick, and its just one of many Exotic weapons in Destiny 2.

The Colony features a blast radius that isn’t too wide, and the velocity is close to middling, but stability and handling are pretty far up on the chart. It also shoots 140 rounds (or spiders in this case) per minute, which is rather nice.

Perks not only include Insectoid Robot Grenades, but Linear Compensator ensures the barrel is well-balanced and provides a slightly increased projectile speed. While, again, the blast radius isn’t very wide, this perk increases the blast radius from what it would be normally. 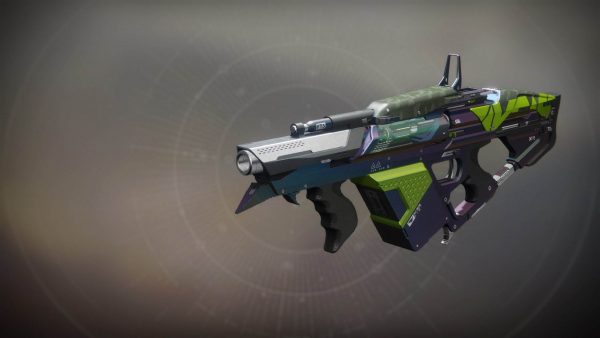 This weapon also features a versatile dual-purpose stock which helps with stability and increases handling speed.

Serve the Colony is an Exotic Trait of The Colony, and makes sure the Insectoid robot grenades quickly repopulate the magazine from reserves while the weapon is unequipped.

In short, should you buy The Colony? That said, while in PvP it will work okay, you’ll probably get more kills with a rocket launcher. And it’s damage in PvE isn’t up to par when it comes to other Exotics. In the end though, it’s your decision.

From what we’ve gathered online, many Destiny 2 players seem underwhelmed when it comes to grenade launchers. But this one shoots spiders and that’s rather cool making, which could make it worth a buy just for the fun of it.