It seems Microsoft is working on a “Career” system for Xbox Live.

A new Xbox Live feature dubbed “Career” is currently in the early phase of development, according to a report.

According to information published by Windows Central, it’s possible Career is part of the updated achievements system which goes “beyond” the current Gamerscore system Microsoft is working on at the moment.

In August 2017, Xbox Platform corporate voice president Mike Ybarra said some “bold” changes were being discussed regarding the achievement system. Ybarra hinted at different ways in which Xbox and Windows 10 users could show off their Gamerscore, stating the new system would “fundamentally change the concept” of Xbox Achievements.

Today’s Windows Central report suggests its possible “Career” is a feature of the updated system, or at least an extension of it. Documentation provided to the site referred it to the Xbox Live subdomain Career.XboxLive.com, but the link isn’t currently available to the public.

In Career, players will be able to hit various “levels” and advance into “prestige ranks.” Reaching certain levels or milestones will gift users with rewards such as loot crates. These crates contain cosmetic items which can be used in conjunction with with the new Avatar system.

Quests with specific objectives will also be present. An example of objectives provided by Windows Central described playing certain games as one quest, with the reward consisting of a loot crate and experience points.

The site notes that, at present, it doesn’t appear as though loot crates are purchasable with real money. It’s quite possible this could change in the future should the boxes contain cosmetic items, because many current Avatar cosmetics cost real money, as you can see in Avatar Store image below. Should the Avatar Store get a revamp when the new system is released, it’s quite possible items could be purchased using both real money or accumulated experience points – but we’re just thinking out loud on that end. 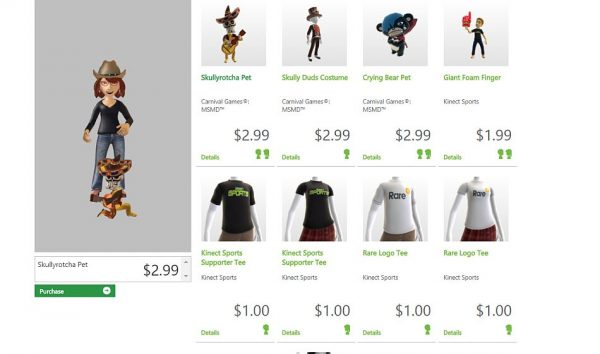 Dubbed Avatar 2.0, the new personas were revealed last summer in a video showing off various clothing, poses and accessories. It was also stated that props will interact with the environment. The new Avatar system was expected last fall, but was pushed into early 2018.

But again, as Windows Central points out, whether Career is in active development or just a prototype, remains to be seen which is why we’ve filed it in our rumor folder. Hopefully, Microsoft will pull the curtain back on the new Avatar, and achievement systems soon and explain what Career actually entails.