Final Fantasy 15 “Royal Edition” has been rated by the ESRB.

Given a “T” rating for language, mild blood, partial nudity and violence, the rating summary for this new edition is nearly exactly the same as the original game.

Rumours suggest however that this was supposed to be an unannounced collector’s edition, which includes the base game and the DLC episodes for Gladiolus, Prompto and Ignis.

The ESRB’s Royal Edition synopsis makes specific mention of using “pistols, machine guns, rocket launchers, sniper rifles” to defeat enemies, and that fights include “explosions”, which the synopsis for vanilla Final Fantasy 15 does not. 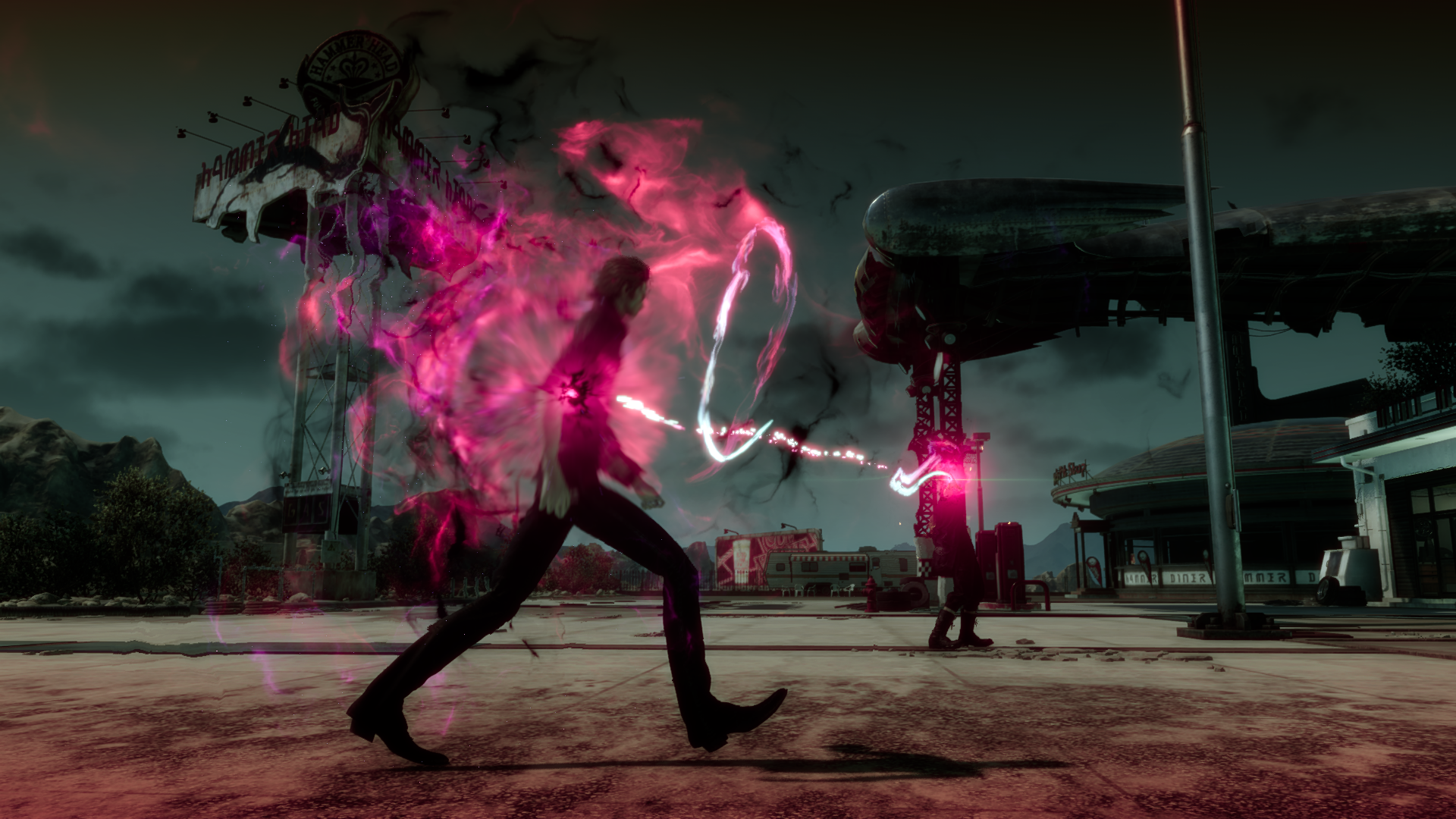 While you can’t use sniper rifles and rocket launchers with Noctis in the main game, they do feature in Prompto’s DLC episode – so since they’re name-checked here, you can be pretty sure that’s what you’re getting with this package.

The full synopsis from the ESRB is as follows:

“This is an action role-playing game (RPG) in which players control a prince and his friends as they attempt to save their kingdom from evil forces. From a third-person perspective, players move around battlefields and city environments, perform various quests, and battle an assortment of human and fantastical enemies (e.g., demons, titans). Characters use swords, guns (e.g., pistols, machine guns, rocket launchers, sniper rifles), and magic attacks (e.g., exploding fireballs, blasts of ice) to defeat soldiers, monsters, and oversized animals in frenetic combat. Fights are highlighted by cries of pain, dramatic light effects, explosions, and realistic gunfire. A handful of cutscenes depict characters impaled on swords; one cutscene involves a woman being stabbed off-screen; another scene depicts a character with a bloodstained wound. During the course of the game, some female characters are depicted topless, with breasts that lack discernible details (i.e., no nipples). The word “sh*t” appears in the dialogue.”

2018 is supposed to be a “big year” for Final Fantasy, according to brand manager Shinji Hashimoto, with Square set to “bring exciting, new Final Fantasy games to the world”.

Plus we’ve already seen a number of crossover events towards the end of last year, with Noctis turning up as a playable character in Tekken 7, and a Final Fantasy themed mission, weapon and mount in Assassin’s Creed: Origins.