Panic Button has been confirmed as the studio bringing Wolfenstein 2: The New Colossus to the Nintendo Switch.

It also worked on the ports of Doom and Rocket League, and has form for bringing big games to portable consoles – it worked to move Injustice: Gods Among Us to the Vita back in 2013.

The studio’s involvement was confirmed by MachineGames narrative designer Tommy Tordsson Bjork and senior game designer Andreas Öjerfors in an interview with GameReactor at this year’s Fun and Serious Game Festival.

“It’s the same as the Doom studio,” Bjork said.

“They’re experts at the Switch,” Öjerfors added. “And now they’re experts with the [id Tech 6] engine so we work with them, and the Doom version turned out to be really kick-ass on the Switch so I think Wolfenstein will be the same.” 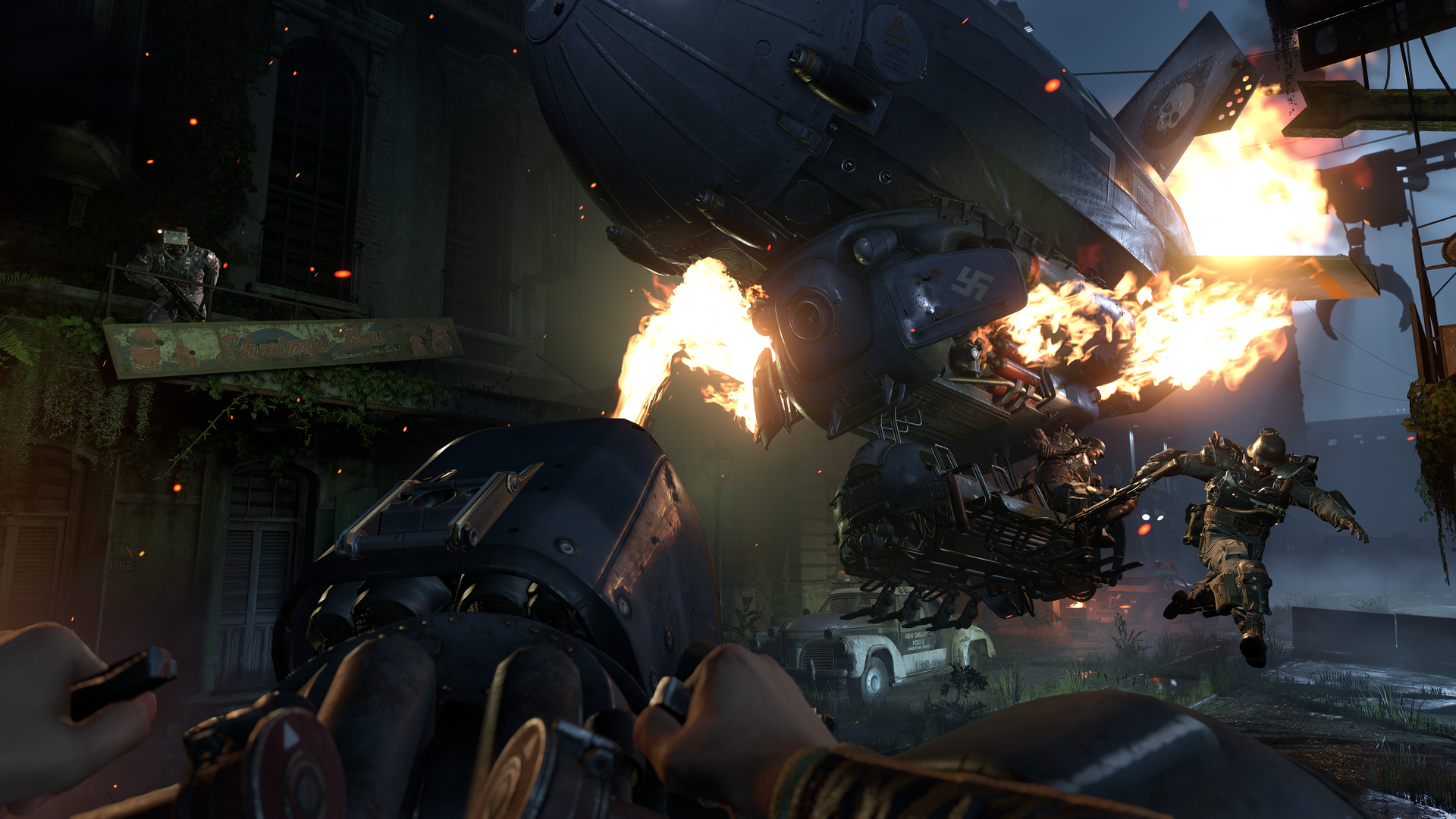 We thought Wolfenstein 2 was great when it came out, and added it to our best PS4 games list – it made it onto our best Xbox One games list too – praising its solid shooting and explosive arsenal of fun weaponry.

For those consoles, the first chapter of Wolfenstein 2’s DLC dropped last week, following Joe Stallion – a former professional quarterback forced to play soccer by the nazis – on his mission to take revenge against Ubercommandant Roderick Metze.