There’s only one public event on Mercury, but it’s a bit of a doozy – make sure you turn it into a heroic event to squeeze more out of it.

If you’re anything like us, you’re worried whenever you jump into the Mercury public event in Destiny 2: Curse of Osiris, because you don’t want to ruin the team’s odds of triggering a heroic event. Fear not! We’re going to tell you exactly what to do, as part of our larger Destiny 2 guide.

The Mercury public event is pretty simple – kill a whole heap of Vex, dunk some orbs, and eventually you’ll be able to fire off to islands on either side of the map, where you dunk more orbs, and eventually shoot back into the center of the map to take on a Gate Lord. It’s not difficult, so it’s worth spicing things up with the Heroic variant.

Start as you normally would, slaughtering Vex until the counter hits 100%. Once you’ve dunked the orbs and the the jump pad has activated, jump in to be shot across to the island, where you once again need to kill a bunch of enemies and dunk an orb. So far, so good. 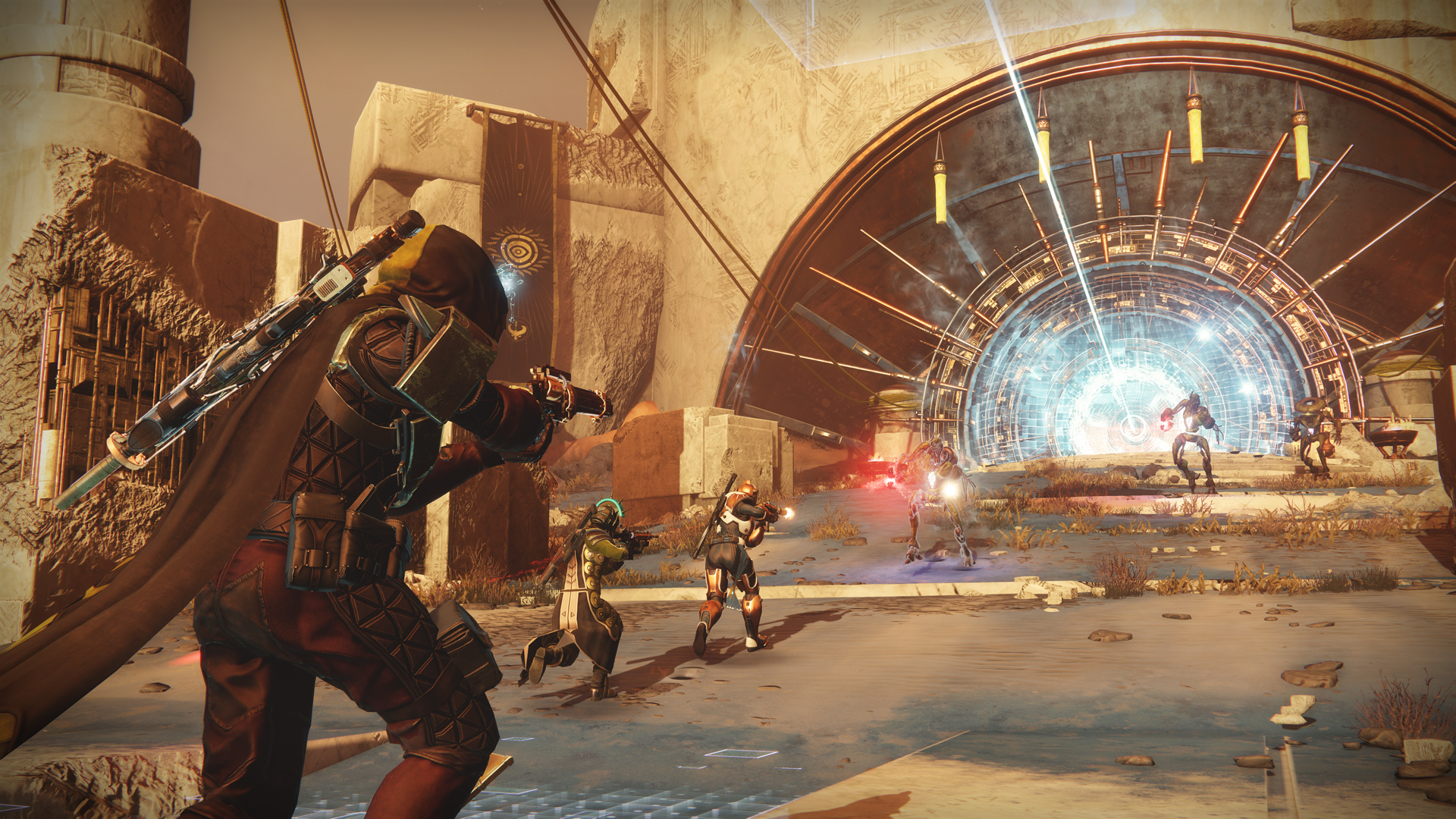 Here’s the important part – once you have dunked the orb on the first platform you’ve jumped to, do not jump back to the middle right away. Instead, look for the prism behind where the Keeper of Ages you just killed was. Shoot it, and platforms will spawn for you to jump on, just like they do in the first Mercury Adventure. Start jumping up them, shooting prisms as you go.

Eventually you’ll reach the top of the structure, where there will be a Vex Plate for you to stand on. Get on it, and the heroic challenge will trigger – a Vex Gate Lord will appear, along with other enemies. Kill these other enemies to get arc charges, which you can dunk to lower the Lord’s shields. When they’re down, open fire. Repeat this process until the Vex Gate Lord is defeated, and you’ll complete the Heroic variant of this public event! Since all the Exotic loot in Destiny 2: Curse of Osiris comes from Engrams, and Exotics are one of the best ways to reach the Power cap in Destiny 2: Curse of Osiris, you’ll definitely want to do this for better odds.

There we go – now that you know, take initiative and guide the random folks you run into through this process.